Initial training camp buzz related to Tennessee Titans quarterback Malik Willis was that his timing was an area of needed improvement.

Willis believes he’s already seen advancement in regard to that, just as he has seen it incrementally since he first began in organized team activities in May through minicamp and through training camp as it stands now.

“I’m light years ahead of where I was, but that’s just from my coaches and dedicating my time to study the situation,” Willis said Tuesday, via the team website’s Jim Wyatt. “That’s everything regarding my job description – operating the huddle, operating the line of scrimmage, all the plays and being comfortable with them. All of the above.

“I’ve learned the importance of timing, and how it affects the whole play.”

On Saturday, Titans head coach Mike Vrabel noted that the coaching staff was working on instilling a better sense of timing with the 23-year-old QB.

“That’s been the message,” Vrabel said. “Just making sure the timing improves because you only have a certain amount of time to get the pass off and the distribution of the route and everything ties into that.”

It seems to be a message Willis heard and has responded to in quick fashion. By all accounts, that shouldn’t be a surprise as he’s clearly enthusiastic about the work and improvement put in so far and no doubt still ahead.

“(I’m) having fun,” Willis said. “I feel like this definitely something different, but football is football at the end of the day and my coaches are making it really easy just to focus on what I need to focus on and let me go out there and play and have fun. You just have to be thankful for the opportunity, and whenever you get it you have to take advantage of it.

“It’s football at the end of the day. It’s just: How willing are you to work at it and understand new terminology and new concepts and going against the best players in the world?”

A prospect out of Liberty prognosticated to go as high as the first round by some, Willis fell into the third round, where he was selected at No. 86 overall by the Titans. Despite Wilis’ tumble to the third, many still believed he could put Ryan Tannehill’s starting job at unease. However, now it seems as though Willis might well have found himself in a favorable spot to improve, learn and take his time to adjust.

Titans coaches told Willis he would see marked progress as the days and practices passed by. Thus far, Willis says they’ve been correct and he’s plenty pleased with the development.

“They told me I would,” Willis said. “(Coach) told me to set an alert on my calendar. He’s like: First day of training camp and see where I’d be from the time rookie camp started. He was right, I’m light years ahead.”

NFL+ gives you the freedom to watch LIVE out-of-market preseason games, LIVE local and prime-time regular-season and postseason games on your phone or tablet, the best NFL programming on-demand and more! Wherever you are, this is how you football![Learn more](https://nfl.com/plus/learn-more?icampaign=npl-edi-cpr-NFL+Editorial_Launch_Promo)about NFL+._ 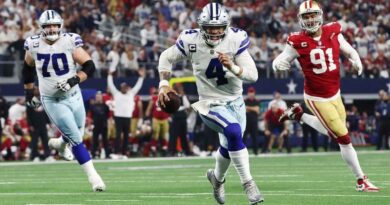 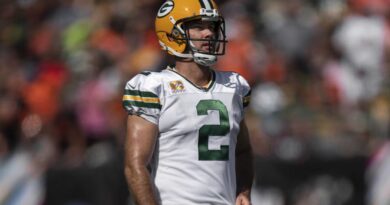 Packers HC Matt LaFleur on Crosby's missed FGs: 'You can't put all of that on Mason'