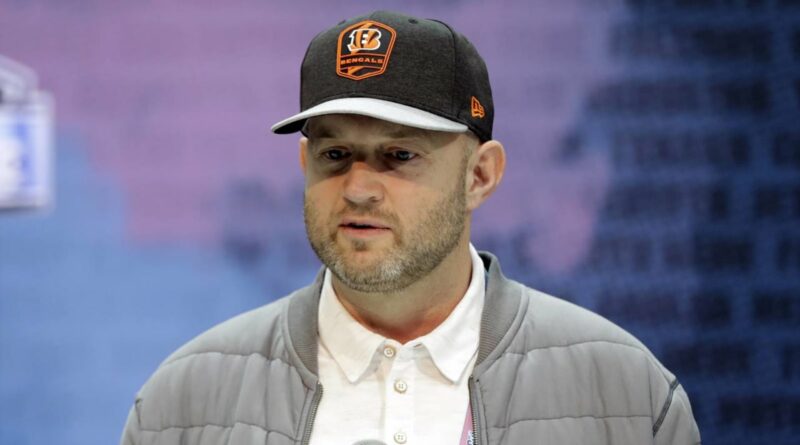 The Cincinnati Bengals sit in an envious position in the 2021 NFL Draft, with the ability to sit tight at No. 5 and select one of the top non-quarterback talents available or trade down if the opportunity arises.

While many teams with QBs seek to move down to stack draft capital, Bengals director of player personnel Duke Tobin on Monday indicated that Cincinnati wouldn’t sell its spot in the draft and risk missing a top-tier talent.

“We feel we’re in a good spot. We’re going to be careful not to be overly greedy and get out of a spot where we maybe lose a premier player, and we feel like we can get one of the premier players in this draft,” Tobin told the team’s official website. “We feel there are enough guys with the fifth pick in the draft to get a real guy that we feel comfortable with. And hits in a position of need.”

Look no further than the Miami Dolphins trading down from No. 3 with San Francisco to No. 12 overall, then flipping that pick with Philadelphia to get back into the Top 6 to see how NFL front offices evaluate the upper-echelon players in this year’s draft. Tobin doesn’t want to move out of a position to snag one.

With three QBs certain to go with the first three picks, the Atlanta Falcons at No. 4 could take their signal-caller of the future or draft for positional value. Either way, the Bengals are in a spot to take a potential game-changing talent.

“All three are high-level prospects at the top of the draft and guys we feel like could fit us and make us a better team,” Tobin said.

All three would also fill positions of need.

The debate between adding a weapon for Joe Burrow like Chase or Pitts or upgrading a porous offensive line is one of the most interesting discussions ahead of the draft. There are valid points to either plan.

The Bengals have two very good wideouts in Tyler Boyd and Tee Higgins﻿, but Chase is the type of difference-making athlete that would evolve Cincy’s dangerous weaponry. The club doesn’t have anyone close to Pitts’ ability in the tight end room. And Sewell could represent a massive upgrade to one of the worst offensive lines in the league.

Tobin suggested if Sewell isn’t the pick at No. 5, the Bengals scouting staff believes there are starting linemen that should be available later in the draft.

“There are guys that will be available in the second, third rounds that have starter grades on them,” he said. “Maybe they’ll last longer than that, too. It’s a position group we’ve been focused on, and we think having healthy guys there and the addition of Riley Reiff﻿, we think we’re in a better spot than we were, and there’ll be additions.”

Tobin’s comments suggest Chase or Pitts could be the first-round pick with the belief that the line can be addressed, perhaps with the No. 38 overall selection.

At this point in the game, it can’t be discounted that Tobin is blowing smoke to hide his true intentions. But the Bengals taking a playmaker first then solidifying the interior of the offensive line in Round 2 would be a big win for Burrow and the offense.