There’s a couple ways to handle this:

You’ve visited NFL.com, and the second option is not how we roll. Besides, we might not get another chance to wonder about Brady’s future. Retirement remains an option. Broadcasting games for FOX rests on the horizon. So does playing, though, something Brady has refused to swat down as he heads into free agency.

The Raiders, Titans and Niners loom as reported possibilities, but the NFL offseason doubles as a sandstorm of surprise. General managers east to west are at least pondering the concept of adding the game’s greatest to ever do it.

What is clear: If Brady keeps the cleats on and chooses a team not named below, you can find me next season penning lists of horse brushes and pottery wear for Better Homes & Gardens.

It’s the Raiders and everyone else.

Hitting the ejector seat on Derek Carr — a bold move, yet not shocking — told us plenty about how the organization views its future. Owner Mark Davis was reportedly not sold on Carr, who was given an easy-to-escape contract extension. One that would allow hand-picked coach Josh McDaniels to start over under center this offseason.

The seventh overall pick in the 2023 NFL Draft is another doorway to a quarterback, but Brady’s availability comes at an ideal time. Davis reportedly pursued TB12 last time around, but this time, the presence of ex-Patriot McDaniels gives the Raiders a recruiting edge. Brady would be dipped into a scheme he helped create in New England. He’d be throwing the ball to Davante Adams, Darren Waller and Hunter Renfrow. One slightly pushy Brady phone call to Josh Jacobs should convince this year’s rushing champ to hang around rather than bolt in free agency.

The defense has its issues, the offensive line could use help and there’s a fair amount of suspicion here: Is McDaniels any good at this? Are the Raiders any better than the Bucs? Why mess around with the AFC West? But the combination of coach and scheme would allow Brady to hit the ground running. Among a flock of fringy possibilities, Vegas seems to stand alone as the club that wants him — and would be wanted in return.

No other team on this list features an owner who secretly invited Brady onto a summery yacht for a covert pitch session. Stephen Ross — who was given a suspension, and whose team was docked its 2023 first-round pick and a 2024 third-rounder, after an investigation into the potential violation of league tampering rules by the Dolphins found that Miami had “impermissible communications” with Brady — has long had eyes for our leading man.

The fit is overt. The Dolphins boast a Tyreek Hill-infused chest of weapons inside a Mike McDaniel-led system with Shanahan roots. McDaniel maximized Tua Tagovailoa by scheming wideouts open in a similar fashion to what Brock Purdy has experienced in San Francisco. Hill and Jaylen Waddle would make life easy for Brady.

The TuAnon community would cry injustice, but Tagovailoa is the type of quarterback who keeps an antsy owner wondering: What’s behind Door No. 2? To Ross, the sheer idea of Tom Brady — the imagined future by his side — might be enough to shuffle Miami’s current starter aside.

Named as a potential suitor, the Niners have thought about chasing after Brady before. The idea of pairing him with Kyle Shanahan is alluring, but only if you ignore everything else about San Francisco’s quarterback room. Jimmy Garoppolo is headed for free agency, but the tucked-away Trey Lance is on his rookie deal for two more years. Brock Purdy is making $724,253 to win playoff games. Besides, if this version of Purdy is the model going forward, why toy with fate for a fling with a middle-aged Brady? The weapons, a stout line and San Francisco’s nasty defense check Tommy’s boxes, but the Niners are different from other teams on this list: They don’t need him.

A dark-horse option. I’m imagining a scenario where the Panthers lure in Sean Payton as coach and kick off his reign with Brady under center inside a manageable NFC South. D.J. Moore and Terrace Marshall Jr. offer juice at receiver. The ground game turned explosive down the stretch, and you can add a weapon with the ninth overall pick. That said, the ninth overall pick would likely go to the Saints for the rights to hire Payton, which begs the question: Why not stage the same act in New Orleans, where the coach could theoretically come for free, and Brady would be armed with Chris Olave, Michael Thomas and Alvin Kamara?

NFL Network Insider Ian Rapoport named the Titans as a candidate. I struggle to see a match. Brady’s age-old connection with coach (and former Patriots player) Mike Vrabel makes for a good story, but Tennessee’s roster is a project. The offensive line — admittedly a banged-up unit — ranked dead last in pass-blocking efficiency and third-worst in generating yards before contact on the ground, according to Pro Football Focus. Treylon Burks aside, today’s Titans are a bare cupboard through the air. Derrick Henry takes heat off the quarterback, but Tennessee in ’23 feels like another signal-caller’s burden.

I was prepared to group the Patriots with Tampa as comprehensive nonstarters for Brady’s final ride. The return of Bill O’Brien as offensive coordinator, though, ticks New England up the list. Brady knows him well from the five years BOB served in Foxborough, including the season (2011) when he ran the offense. It seems they almost met again in 2022, as the Bucs were reportedly hoping to hire O’Brien if Byron Leftwich had snagged Jacksonville’s head coaching gig. It’s a selling point.

Rob Gronkowski doesn’t see a New England return, though, with the behemoth telling Travis and Jason Kelce’s New Heights podcast: “I would 100 percent be surprised if he went back to New England, no doubt. It would be nuts, it would be a crazy story, but I just really don’t see that happening. But you never know.”

I see another obstacle. Brady returning to the Patriots could be shaped as Bill Belichick waving the white flag. The quarterback left town and won a Super Bowl while his old coach fumbled through three underwhelming campaigns. There’s something poetically perfect about one more run, but it would require everyone to shove their egos aside. Unlikely.

Brady uttered these words more than a decade ago, back when he systematically scattered Gang Green on a regular basis with the Patriots. Today’s Jets make more sense, though, with a star wideout in Garrett Wilson, a playoff-caliber defense and a talented coach in Robert Saleh. Jets owner Woody Johnson is ready to throw a bundle of cash at a proven veteran, but paying middle-tier money for a middle-tier Derek Carr is more reality-based. A blockbuster deal for Aaron Rodgers isn’t out of the realm of possibility, either, but Brady in a Jets jersey tells me the Football Gods have run out of ideas.

Brady spent his final meeting with Tampa reporters thanking them for their time and all but waving farewell to the organization he won a Super Bowl with in 2020. His teammates don’t think he’s coming back, while Julian Edelman — presumably privy to late-night chat sessions like any good BFF — said on Inside the NFL: “If he has another season, it’s not going to be in Tampa Bay.” 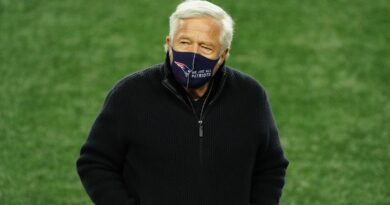 Robert Kraft on Patriots’ offseason spending: ‘Like investing in the stock market’ 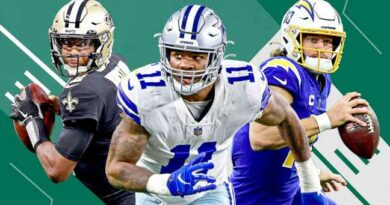 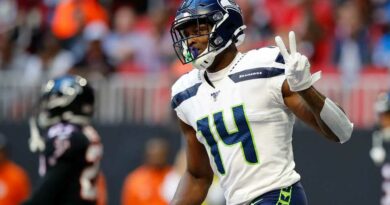