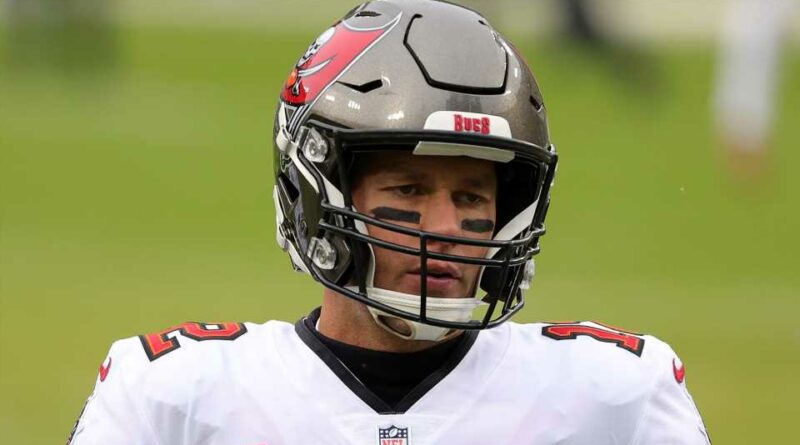 Brady spoke with USA Today Sports about how he understands what it was like at their age to deal with the pressures that come with success.

“It’s very difficult to deal with a lot of things that are thrust upon you when you have a degree of success,” Brady said. “Things in your family dynamics change. You’re still learning and growing. You’re going through a lot at 21, 22, 23, 24, just as a human being. And now you’re dealing with it on the world stage. So, there’s absolutely challenges to be dealt with and adversities to overcome at that age.”

Osaka has made headlines this year pertaining to her mental health, starting in May when she dropped out of the French Open after expressing that post-match press conferences were taking their toll on her mental health. She later announced she wouldn’t be attending Wimbledon. She played in the Tokyo Olympics and the U.S. Open where she was the defending champion. Osaka lost in the third round to Leylah Annie Fernandez. After the match, she teared up in her press conference admitting to not having fulfillment with tennis at the moment. She decided to take a break from the sport to focus on improving her mental wellness.

Biles’ mental health was in the spotlight during the 2020 Tokyo Olympics this summer, where she stepped back from four individual events due to not feeling mentally there. Her future in gymnastics is still unclear as she is working on strengthening her mental health.

When these women were expressing their thoughts on mental health in sports, many critics responded by saying Brady would never step away from football due to mental health. Although he hasn’t done this, it helps that he has commented on the matter to show why their decisions were essential.

Even though Brady cannot relate to these women on many levels — including their race, gender, age and playing an individual sport, to name a few — he can relate to being under a microscope due to early success. He won his first Super Bowl at age 24, and hasn’t really stopped being in the spotlight since.

“When I was 24, I certainly didn’t have all the answers to all the different pressures and the adversities that you face. I don’t know if we have expectations for people that we should have all the answers, have all things figured out at young ages,” Brady said. “Even at 44, you’re dealing with different things and adversities. And now you have kids, wives and off-field stuff like we all do in our careers. So, life has its challenges for all of us. You just hope that people can manage them and get through them in as healthy way of a way as possible and that you can learn from them and that they make you into a more self-aware person. And that’s obviously what I hope for Simone and Naomi.”

As Brady begins his 22nd NFL season this Thursday against the Cowboys, he will once again be put to a high standard as the defending Super Bowl champion. A big difference for the Buccaneer quarterback is if he feels down about anything, he has a full team to back him up and support him. Osaka and Biles, on the other hand, compete in individual sports. Brady pointed this difference out and acknowledged his benefit there.

“I have a great group of teammates; I rely on them to help me when I’m not where I want to be,” Brady said. “That’s just a blessing about playing team sports. I admire the people that can deal with them individually and it’s definitely a challenge.”

Now that one of the football greats has spoken on the mental health issues in sports and expressed sympathy for the two biggest names at the forefront of the conversation, you can expect mental health discussions to not go away anytime soon. And, they definitely shouldn’t.

What channel is Packers vs. Texans on today? Time, TV schedule for Week 7 NFL game