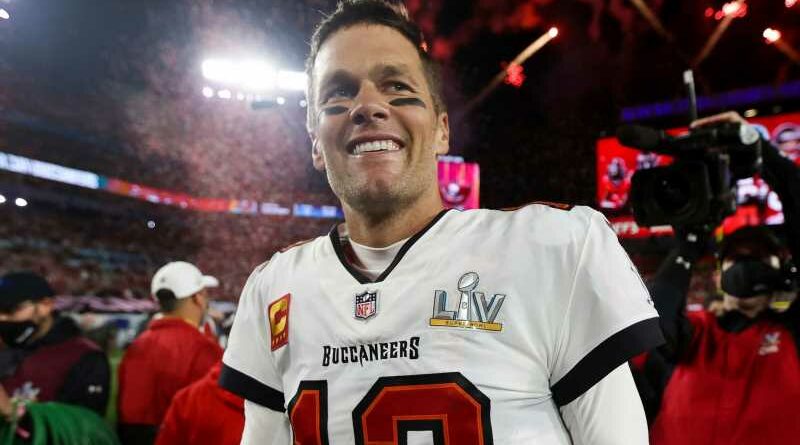 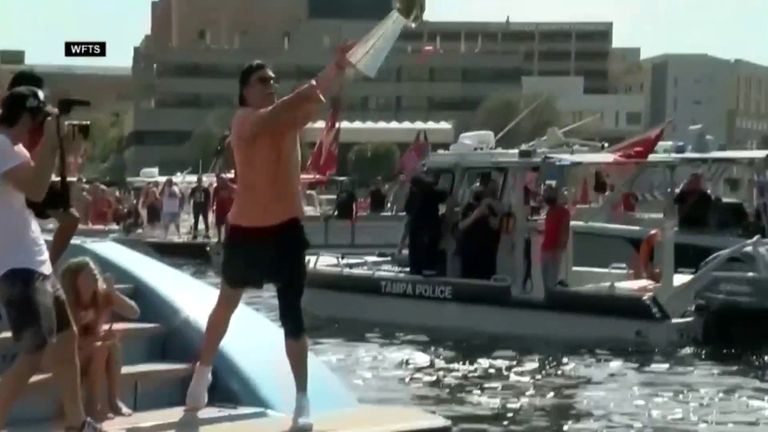 Tom Brady has admitted he was “not thinking” when he famously threw the Vince Lombardi Trophy over a river during the Tampa Bay Buccaneers’ Super Bowl celebrations.

Brady and his team-mates were on a boat parade on the Hillsborough River in Tampa to celebrate their victory over the Kansas City Chiefs when he threw the trophy to tight end Cameron Brate.

The trophy is an iconic piece of silverware and, speaking to James Corden on The Late Late Show, Brady admitted the consequences could have been severe if he had missed his throw.

“First of all, I was not thinking at that moment,” he said. “It was not a thought. It was, ‘this seems really fun to do’.

“Not to mention, when you get your hands on one of those trophies, there’s a lot of really sharp edges on the bottom. 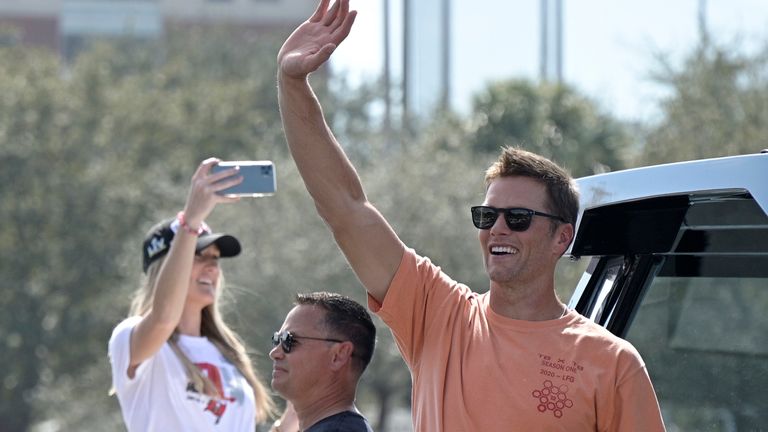 “I found out later had that been an incomplete pass that would have went down like 80 feet [in the river]. I’m so happy that Cam [caught it].”

The 43-year-old was understandably keen to celebrate his achievement and was pictured during the parade being helped off a boat.

Asked whether his legs were unsteady due to the water or alcohol, Brady said: “A little of both. It was definitely a moment of celebration.

“Who could have a friend better than that? Making sure I was just so comfortable walking off the boat like that.” 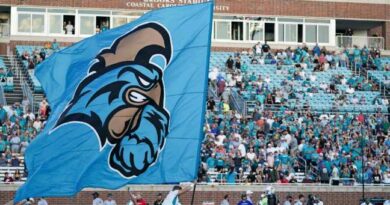