It looks like Tom Flores is finally going to have his day. No more waiting, wondering or hoping that the Pro Football Hall of Fame really appreciates everything he did during his career. Flores has spent the last four decades quietly accepting that his greatness too often has blossomed in the shadows of others. For once, he has the opportunity to be singularly remembered for his success.

The Hall of Fame’s Coach Committee announced on Tuesday that the former Raiders head coach is a finalist for the Class of 2021 (former Cowboys wide receiver Drew Pearson was named a finalist by the Senior Committee). Flores still must receive 80 percent of the votes from the 48-member panel that will convene in Tampa during Super Bowl week on Feb. 6. The general assumption is that the process will be a simple formality by that point. This means Flores, now 83, should receive an honor that has been long overdue.

It’s not as if the man doesn’t have proper credentials. Flores won two Super Bowls with the Raiders, one during the 1980 season and the other in 1983. He’s the first Hispanic head coach and first minority to win a Super Bowl, and he was the AFC Coach of the Year in 1983. Of the 13 coaches in league history to win two or more championships, Flores is one of only four who have not yet been inducted in the Hall (along with George Seifert, Mike Shanahan and Tom Coughlin).

Sure, there are some obvious reasons that Flores, who was a finalist for the Class of 2019 and the Class of 2020, had to wait so long for his potential induction. While he won 61 percent of his regular-season games with the Raiders — going 83-53 from 1979 to 1987 — his tenure in Seattle was a disaster. Flores went 14-34 in three seasons with that franchise (from 1992 to ’94). That kind of failure can taint anybody who’s won at the highest level.

The reality is that timing always has been the cruelest factor in how we’ve remembered Flores. When he won his first championship in Oakland in 1980, he became the first coach to lead a wild-card team to a Super Bowl victory. That also happened to be the same year that Raiders owner Al Davis made clear his intention to move his team to Los Angeles, even though his fellow owners unanimously voted against such a decision. A year later, Joe Montana lofted a touchdown pass to Dwight Clark to beat the Dallas Cowboys in the NFC Championship Game, and the San Francisco 49ers’ dynasty was off and running.

You want to talk about being overshadowed? Flores did his best work while toiling for an owner who waged epic battles with the league. Those two Super Bowl wins he enjoyed quickly lost their luster when compared to the achievements of his peers across the NFL. Try getting your just due when you’re competing with the likes of Bill Walsh, Bill Parcells and Joe Gibbs. Even though Mike Ditka won only won Super Bowl in the 1980s, with the Chicago Bears, most people think he had the most compelling team of that decade.

Flores essentially was lost in the shuffle. He succeeded as the leader of the Raiders, but he never had the type of personality that makes people really remember you. He’s low-key, reserved, some would even say professorial. If he’d had a little more John Madden in him — and let’s not forget the garrulous Madden, who coached the Raiders from 1969 to 1978, went into the Hall with one less Super Bowl win than Flores — he’d probably already have a bust in Canton by now.

That’s not a knock on Madden or any of the other more bombastic coaches we’ve seen over the decades. It’s just fact. It pays tremendously to be a character. That’s why the biggest problem Flores ever had in terms of public relations was Al Davis himself. It’s hard to be noticed when your owner is one of the greatest characters in the history of the game.

Of course, Flores owes plenty to Davis. Flores became the first Hispanic quarterback in pro football when the Raiders named him their starter in 1960. He played seven seasons with the franchise, then returned as an assistant under Madden in 1972. When Madden decided to retire in 1979, Davis looked to Flores again, and that decision led to a championship the next season.

It’s sometimes easy to forget how exceptionally well Flores coached in that 1980 campaign. The Raiders started the year 2-3 and lost starting quarterback Dan Pastorini to a broken leg in Week 5. Flores had to rely on a 32-year-old journeyman backup named Jim Plunkett for the rest of the season. Plunkett responded by resuscitating his career, and the Raiders eventually closed the year by winning 13 of their last 15 games.

The 1983 Raiders, who had relocated to Los Angeles by that point, were far more dominant. Flores led a team that easily won the AFC West with a 12-4 record and then rolled through the playoffs. The Raiders won their three postseason games by a ridiculous combined score of 106-33. They culminated that season by thumping Gibbs and his high-powered Washington team in Super Bowl XVIII, winning 38-9.

Flores later worked as an analyst for the Raiders radio network from 1997 to 2018. The people who met him then surely saw the same things he portrayed as a coach. There was a quiet dignity to how Flores carried himself, and his humility was part of his charm. He knew everything he’d done during his career, and he didn’t have to campaign for his rightful place in history.

That may be why this moment feels so good. The Pro Football Hall of Fame is where we reward the greatest in our game, and there admittedly is quite a long list of people who deserve to get in. Tom Flores spent years on the outside, but hopefully, when this season nears its conclusion in Tampa, he’ll join those who have officially been recognized as the best in the sport — exactly where he belongs. 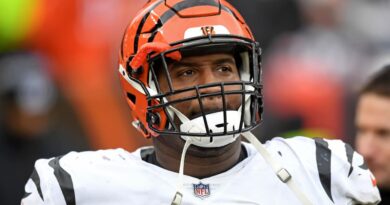