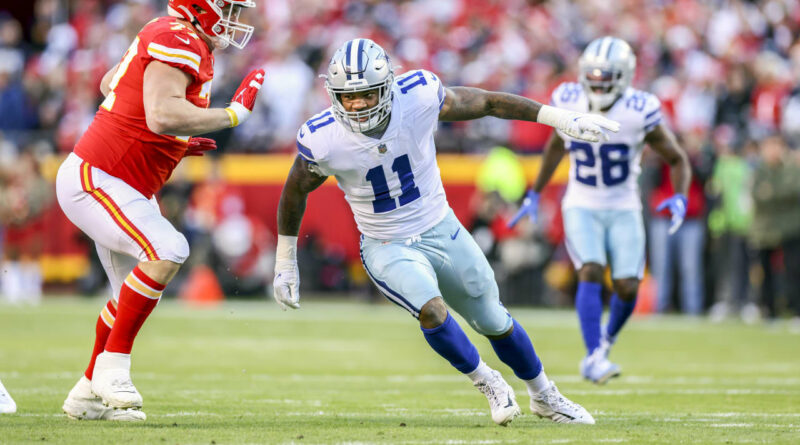 The NFL is about scoring — and stopping the other team from doing the same. One side is glamorous, while the other is often tasked with doing the dirty work.

But getting your hands dirty can also bring glory. That’s where disruptors come into the conversation — the players who excel at causing problems for those trying to put up points. After all, a touchdown is pretty, but so is a sack or a turnover.

Parsons has essentially locked up Defensive Rookie of the Year, with his role expanding from that of a sideline-to-sideline linebacker. He’s carried his excellent pass-rushing ability over from college to the NFL at a historic rate, registering the best QB pressure rate in the NFL at 19 percent, which doubles as the highest rate for a rookie in a single season in the Next Gen Stats era (since 2016, among those with a minimum of 150 pass rushes). Parsons has capitalized on his pass rushes beyond pressures, too, recording eight sacks for a sack rate of 5.1 percent. This has come especially in handy for a Cowboys team that has been without injured defensive end DeMarcus Lawrence since September. Parsons has demonstrated that it’s worth sending him after the quarterback on passing downs, and opposing offenses are now being forced to account for him both as a rusher and as a defender in coverage. That’s before we even discuss his performance against the run (40 run stops and nine run stuffs). Parsons is a stud — he’s proven the Cowboys were wise to spend the 12th overall pick on him, and he’s ushered in a new era of quality linebacker play in Dallas.

Hendrickson landed third on the version of this list that I put together in the spring, which took into account a full season of 2020 production. That same production convinced Cincinnati he was worth signing to a four-year, $60 million contract, and their investment in the former Saint has paid off. Hendrickson ranks fourth in QB pressure percentage (17.2) and third in total QB pressures (46). He’s also coming through in the most important quarter: the fourth. He’s recorded 17 pressures in the final 15 minutes of games, which is tied for the best mark in the NFL. With 9.5 sacks, Hendrickson is on pace to again land near his 2020 sack total of 13.5, and he’s added two turnovers caused by pressure this season. Cincinnati has turned a corner faster than most expected in part because of the play of its revamped defense, and Hendrickson shows how a team can improve by spending its money wisely.

After bouncing from Jacksonville to Minnesota and then Baltimore, Ngakoue has found a home in Las Vegas, where he’s become one half of an edge-rushing duo that is causing serious problems for opposing offenses. Ngakoue ranks first in total QB pressures (51) and second in QB pressure percentage (18.1 percent) — he’s one of only two defenders with a rate above 18 percent in the NFL through 11 weeks. He’s also influenced the outcome of games with his pressures, causing three turnovers via pressure this season (tied for third best in the NFL) to go along with seven sacks. He falls behind Hendrickson primarily because of the slight difference in sacks, but he’s certainly been an effective rusher, much like he was in his Jaguars days.

Garrett is a constant threat to every team lining up against him, and his league-leading sack total (13) stands as proof of his ability to affect a game in favor of the Browns. Garrett’s 45 total QB pressures rank fourth in the NFL, as does his 4.4 percent sack rate. Opposing teams are truly only successful at countering Garrett when they build their game plan around him, as New England did in Week 10. Otherwise, Garrett is simply a force off the edge, to the degree that it is inexplicable to leave a blocker one-on-one against him, no matter how good the blocker is. The Bears learned this the hard way when Garrett racked up 4.5 sacks against them in Week 3. Garrett is an effective defender against the run, registering 28 stops and five stuffs. He’s an every-down concern for opposing offenses, and he remains Cleveland’s most important defender. He also happened to land in this exact same spot on May’s list.

Watt hasn’t been available every week this season due to injuries, and he’s proven to be slightly less effective when not benefiting from a stunt or additional rushers on his side. But none of that matters when one sees his sack total (12.5). Watt trails only Garrett in total sacks this season, and because of his relative lack of total snaps played, his sack rate is astronomical — at 6.1 percent, it’s the highest in the NFL this season and the highest for a single season in the Next Gen Stats era (among those with a minimum of 150 pass rushes, since 2016). Watt was a serious contender for Defensive Player of the Year last season (it’s fair to argue he was robbed by the voters), and the main factor keeping him from winning the award this season has been his availability. When he’s able to play, Watt makes as much of a difference as anyone in the NFL. He just hasn’t played enough downs to end up higher on this list.

After posting just 2.0 sacks in his first season with the Bears last year, Quinn has played well in 2021, especially in the last few weeks, stepping up in the absence of Khalil Mack. On the season, Quinn has registered 34 QB pressures and has been getting home often. His sack rate of 4.7 percent is the fourth-highest for a player in a single season in the Next Gen Stats era (among those with a minimum of 150 pass rushes), and he’s been especially good at delivering in key moments — Quinn’s sack rate of 9 percent on third down is the best in the NFL. With a top-10 pressure percentage and 10 sacks, Quinn has compiled an impressive pass-rushing résumé, to go along with 23 stops and six stuffs.

Judon’s first season in New England has boosted his standing among the NFL’s top disruptive forces in the front seven. He’s recorded 40 QB pressures (good for a rate of 15.2 percent), and he’s been especially effective at closing performances emphatically, based on his fourth-quarter numbers: 17 pressures, with the best pressure rate in the NFL (22.1%, minimum of 55 pass rushes) in that quarter. Judon has finished his rushes consistently, compiling 10.5 sacks for a rate of 4 percent, the seventh-best mark in the league. He’s also been very solid at stopping the run, with his eight run stuffs tying him for 12th-best in the league. Much like Hendrickson’s signing is doing for Cincinnati, Judon’s addition is paying off for the upstart Patriots.

Crosby joining Ngakoue on this list will come as no surprise to anyone who has watched the Raiders play in 2021. Crosby owns the second most total QB pressures in the league this season with 48, and his pressure rate of 15.9 percent is the sixth best in the NFL. The only thing Crosby hasn’t done quite as well as the others above him on this list is finish his rushes, given that he’s recorded just five sacks despite logging 302 pass-rush snaps and a solid pressure rate. The reasoning might be fairly simple to explain: Opposing offenses are game-planning around Las Vegas’ fierce pass rush, deciding to take short pass attempts over deep shots in order to counter the impact of Ngakoue and Crosby. It’s tough to sack the quarterback if he’s already gotten the ball out. Still, Crosby has been a stellar rusher who has also been stingy against the run, tying Judon with eight stuffs.

Simmons has become a disruptive force in 2021, making this list despite his interior position because of how he has affected games with his relentless play. Simmons ranks below teammate Harold Landry in pressure percentage, but he has played 54 more pass-rushing downs than Landry. He leads his teammate in QB pressures (44 to 41) while tallying 7.5 sacks and one turnover caused by pressure. When compared alongside edge rushers, that might not stand out, but we must consider he’s facing a different blocking landscape than his counterparts, who typically align over a tackle or tight end. Simmons has to fight through more of the muck to make a difference — and he’s certainly doing so, recording 34 run stops and eight run stuffs. Plus, the tape doesn’t lie. Simmons is a problem for opposing offenses, and he only seems to be getting better with each week.

Donald lands here thanks in large part to a body of work that includes three Defensive Player of the Year honors, six All-Pro selections and seven Pro Bowl nods. However, at 30 years old, he remains an elite disruptor who commands attention from multiple blockers. He’s slightly behind Simmons in some key metrics this season, which is why he lands 10th on this list. Simmons has a higher pressure rate (12.0% to 10.7%) and more sacks (7.5 to 6). They’re tied in turnovers caused by pressure (one apiece), and Donald has more run stuffs (12 to 8). It’s very difficult for an interior defensive lineman to keep pace with the production of edge rushers. Donald and Simmons are overcoming that hurdle, with the former doing so for nearly a decade and the latter just getting started. 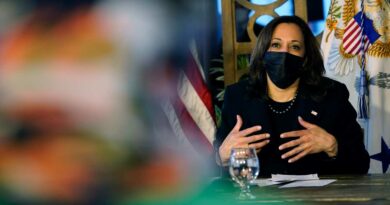