A player’s success, or lack thereof, in Year 1 is often determined more by the situation he enters into than by his individual talent. Jaguars quarterback Trevor Lawrence was the favorite to win Offensive Rookie of the Year entering last season, but he ended up not receiving any votes for the award after a chaotic first year in Jacksonville.

Heading into the 2022 season, it is harder to identify a clear favorite for the award. Projections require a deeper dive into how team situations and offensive designs could factor into each player’s chances. Before I began digging into this exercise, I went mining for a few historical trends that could help piece the puzzle together. Here are a few notable tidbits:

Now, looking ahead to this season, here are my top 10 candidates to take home the 2022 Offensive Rookie of the Year award. Check back on Tuesday to see my top 10 DROY candidates.

NOTE: The odds below provided by FanDuel are current as of 10 a.m. ET on Monday, July 25 unless otherwise noted.

Dotson might be a sneaky one to watch in this category. He has good speed, can work all three levels of the field and has great body control, which he uses to make acrobatic catches. QB Carson Wentz is a newcomer to the squad, and while Terry McLaurin is the clear WR1, Wentz will be starting fresh with all of his receivers in Washington. The door could be open for Dotson to gain some favor with Wentz in camp.

Olave certainly has the talent to be in the top five on this list. He is a smooth route-runner with dynamic playmaking ability. His obstacle? With veterans like Jarvis Landry and Michael Thomas (eventually, in Thomas’ case; he’s currently on the PUP list) demanding looks from Jameis Winston, it could be tough for Olave to see enough targets to challenge for this award.

This could become Watson’s award to lose if Aaron Rodgers decides he loves the rookie from North Dakota State. He’s big and fast and has the physical tools to threaten down the field in a fashion similar to former Packers WR Marquez Valdes-Scantling (who signed with the Chiefs this offseason). However, he needs substantial work as a route-runner and must overcome his issues with drops. If Rodgers finds him trustworthy, look out.

I might be lower on London’s OROY prospects than some other people, but hear me out. He will either be playing with a conservative passer in Marcus Mariota or a rookie in Desmond Ridder, and he will have to face off against some very talented cornerbacks within the NFC South. London’s size and ball skills should make him a coveted option in the red zone. He will get his fair share of targets, but tight end Kyle Pitts is still the top dog in what could be a modest passing attack.

Seahawks RB Rashaad Penny led the NFL in rushing yards over the final five weeks of the 2021 season, so his presence clouds Walker’s touch projections a bit. However, Penny signed a relatively modest one-year deal in the offseason and has a history of missing significant time due to injuries. Walker has true home-run speed and a chance to challenge for a starting role, at least by midseason. Whether he can prove a reliable pass protector is something to keep an eye on, though.

The current odds rate Moore as a second-tier candidate for the award, but he might prove he was worthy of greater respect. Moore is bigger than Chiefs teammate Mecole Hardman, faster than JuJu Smith-Schuster and a more complete route-runner than Marquez Valdes-Scantling. The departure of Tyreek Hill leaves a huge void of productivity waiting to be filled, and Moore should be in the mix to pocket targets and touchdowns.

Wilson is a real contender for this award, even though he could lose votes to my top candidate right now, Jets teammate Breece Hall. Wilson has an opportunity to establish himself as QB Zach Wilson’s new best friend on passing downs. He can run, is able to play all three receiver positions and has rare talent to elevate and clamp onto contested catches with powerful hands. If his quarterback can play with better consistency and focus, Wilson should be a strong competitor for OROY.

While Pickett might not win the starting job coming out of camp, we can’t overlook the fact that a quarterback has won this award in six of the last 12 seasons. Pickett is a full-field reader who can spread the ball around the field when necessary. The Steelers have an intriguing combination of size and speed at receiver (Chase Claypool, Diontae Johnson and George Pickens) and a talented runner who can catch the ball out of the backfield (Najee Harris). If Pickett can beat out Mitchell Trubisky for the starting job (and that certainly seems possible), he has a real shot of quickly putting some numbers up on the board.

At the moment, Burks is not in the same class as the player he’ll be charged with replacing in Tennessee, A.J. Brown. I’m not putting any rookies in Brown’s class just yet. That said, the departure of the Pro Bowl wideout, who was traded to the Eagles on draft day, opens a very real opportunity for Burks in Tennessee. He has outstanding size, strength and body control to win contested catches, and he’s extremely fluid and athletic with the ball in his hands. Burks can play outside but seems to excel from the slot, which should only endear him to quarterback Ryan Tannehill. Tennessee is a run-first offensive unit, but Burks has the potential to get some of the gritty production that Brown was able to produce over the years.

Hall is my personal favorite to win this award because of his talent and the situation he inherits with the Jets. Sure, Hall will have to hand some snaps over to Michael Carter, but keep in mind that one of the reasons Hall was considered the top running back in the draft was his exciting ability to star on the ground and as a receiver out of the backfield. The Jets’ offensive line is in position to take a noticeable step forward, and Hall should benefit from it. His size, juice, versatility and — perhaps most importantly — opportunity should make him the favorite for this award.

NFL+ gives you the freedom to watch LIVE out-of-market preseason games, LIVE local and prime-time regular-season and postseason games on your phone or tablet, the best NFL programming on-demand and more! Wherever you are, this is how you football! Learn more aboutNFL+. 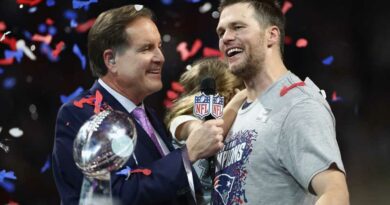 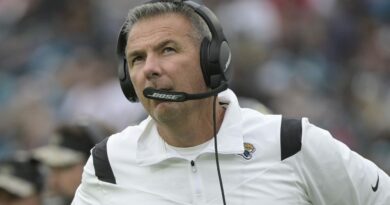