Is there anything better than having one of the best offensive players in the NFL on your team?

How about also having one of the best defensive players?

It’s great to have, say, an elite quarterback who can throw you to victory most weeks or a stud defensive tackle who can singlehandedly wreck the opponent’s game plan. But it’s even better to have both.

This duo has the best chance of seeing both players reach the Pro Football Hall of Fame. Wilson has 86 wins to his name, tied with Tom Brady for the most by a quarterback in their first eight NFL seasons. He’s also won one Super Bowl and reached another, leading Seattle to the playoffs in every year of his career except for 2017. Wagner, who was picked 28 spots ahead of Wilson in the 2012 NFL Draft (Wagner went 47th overall and Wilson 75th), has been with the quarterback every step of the way. Wagner finished with an NFL-high 159 tackles in 2019, when he also became the first player in franchise history to accumulate 1,000-plus career tackles.

Drew Brees has enjoyed the services of a 1,000-yard pass catcher in all but two of his 14 seasons with the Saints — but none have been as prolific as Thomas, who set a single-season record for catches with 149. The Ohio State product has more catches (470) and receiving yards (5,512) than any player through the first four years of their career. Jordan has etched his own place in Saints lore, having recorded the most consecutive seasons with 7.5-plus sacks in franchise history (eight). In 2019, Jordan compiled a career-high 15.5 sacks while earning Pro Bowl honors for the third consecutive season.

What Mahomes has done the past two seasons — winning the NFL MVP award in his first season as a starter and being named MVP of Super Bowl LIV in his second, then securing the largest contract of any athlete in U.S. sports history — speaks for itself. Mathieu, meanwhile, proved himself to be the missing ingredient in the Chiefs’ championship-winning mix. The veteran safety logged four picks, 12 passes defensed, two sacks and 75 tackles in his first year in Kansas City, earning first-team All-Pro honors and helping a pass defense that ranked 31st in 2018 jump into the top 10 in 2019.

We’ll have to wait to see how history ultimately judges the trade that sent Hopkins from Houston to Arizona. But for the Cardinals right now, it seems too good to be true — just like Hopkins himself. He’s just the third player in NFL history to post 600 catches, 8,500 receiving yards and 50 touchdowns in his first seven seasons, joining Marvin Harrison and Torry Holt. Presuming he can stay healthy going forward, the 28-year-old Hopkins should produce for years to come. Jones was, as usual, a bright spot on the Cardinals’ defense, even as the unit overall ranked worst in the league. Here’s an amazing Jones stat: Of his 19 sacks, seven were strip-sacks.

I hope Jackson begins to get more credit for the passer he’s turning into. He’s so spectacular running the ball that it’s easy to forget he also led the NFL with 36 touchdown passes in 2019, against just six picks. Jackson’s touchdown percentage of 9.0 (on 401 passes) tied for the second-best single-season mark of the Super Bowl era among those with 400-plus pass attempts. Humphrey, meanwhile, set new personal high-water marks in interceptions (three), passes defensed (14) and fumble recoveries (three), two of which were returned for scores, snagging Pro Bowl and first-team All-Pro honors in his third professional season. Humphrey and Marcus Peters comprise the NFL’s best cornerback duo.

Not since Randy Moss has Tom Brady played with a receiving target who possessed the size-skill ratio of the 6-foot-5, 231-pound Evans, who has topped 1,000 yards in each of his six NFL seasons to date. David is a former two-star high school recruit who has since proven himself to be a five-star talent, accumulating 1,008 tackles in eight seasons. He’s been incredibly reliable as a pro, missing just seven games thus far while switching between five different coordinators (including interim Mark Duffner in 2018).

If Jones wanted to declare himself the wide receiver of the 2010s, he wouldn’t get an argument from me. Last season, Jones reached the 12,000-yard benchmark faster than anyone in NFL history, beating Jerry Rice’s pace by 17 games. Though he doesn’t pile up sacks with the attention-grabbing clip of someone like Aaron Donald, Jarrett is a disruptive interior force who serves as a key facilitator on the Falcons’ defense, creating opportunities for others.

The fact that Nelson qualifies for this list as a guard tells you just how good he is — and it also explains why new Colts quarterback Philip Rivers should be grinning from ear to ear. Since Nelson was drafted sixth overall in 2018, Indianapolis’ offense has averaged 120.3 rushing yards per game (ninth in the NFL in that span) while allowing just 50 sacks — six fewer sacks than the team allowed in 2017 alone. Leonard, chosen 30 picks after Nelson, has made a serious impact as a bedrock of the Colts’ defense. He’s collected 284 tackles, 12 sacks, seven interceptions, 15 passes defensed and six forced fumbles in his first two seasons, and he should be an even bigger force at weak-side linebacker in 2020, thanks to the addition to the interior of elite defensive tackle DeForest Buckner.

Chubb rose above the drama and sub-.500 play of the Browns over the past two seasons to get his NFL career off to an outstanding start, including 1,494 rushing yards (second in the NFL), 5.0 per carry and eight touchdowns in 2019. The oft-overlooked ball-carrier has been particularly strong in yards after contact and missed tackles, ranking second in both categories last season, per Pro Football Focus. As for Garrett, there is a good reason the Browns made him one of the highest-paid defensive players in the league this offseason. He’ll have to be careful to keep his cool, coming off a season that ended in a suspension after he swung Mason Rudolph’s helmet at him, but he’s got the kind of talent to potentially break Michael Strahan’s single-season sack record of 22.5.

Last but not least, we have a pairing that I would definitely expect to jump up the ladder if I were to do this ranking again after the 2020 season. Kittle’s production as a pass-catcher (85 catches, 1,053 receiving yards and five receiving touchdowns in 2019) is exemplary. But his versatility as a run-blocker is what makes him truly special, like Rob Gronkowski in his heyday, when defenses that tried to stack the box to slow the Patriots’ ground game faced the risk of getting burned through the air. Bosa’s career launched about as well as could be expected, with the Defensive Rookie of the Year collecting nine sacks and 60 quarterback pressures (fourth-most in the NFL, per Next Gen Stats). 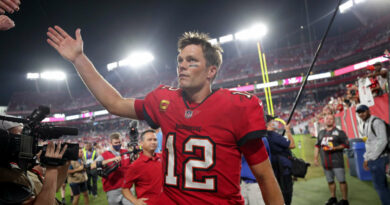 RB Josh Jacobs hopeful of Raiders return, but ‘it’s got to make sense’