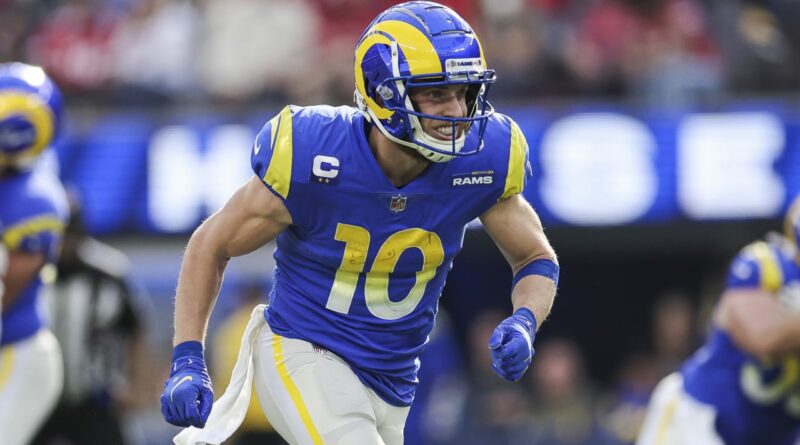 Upon completion of the league’s first 17-game season, NFL Research lists the top 10 records and milestones set in Week 18 of the 2021 NFL season.

With his sack of Ravens quarterback ﻿Tyler Huntley﻿ in the second quarter, Steelers linebacker T.J. Watt tied Michael Strahan’s single-season record of 22.5 sacks in a season. Watt had another dominant day as the Steelers not only beat their division rivals but also got help in a huge way from the Jaguars, who beat the Colts, allowing Pittsburgh to slide into the playoffs by the skin of their teeth.

The most impressive part of Watt tying Strahan’s record? Despite this being a 17-game season, Watt only needed 15 games to reach 22.5 sacks — that’s fewer games than Strahan took (16).

It was another good day at the office for Tom Brady, who had 326 pass yards and three touchdowns as the Buccaneers beat the Panthers and locked up the No. 2 seed in the NFC. He’s had quite a few good days at the office this season.

In all, Brady completed 485 passes — a new single-season record. He also led the NFL in passing yards (5,316) and passing TDs (43), breaking his own records for the oldest player to lead the NFL in each category. Those 5,316 passing yards are the third-most ever in a season and a new career-high for Brady, who joins Drew Brees as the only players with at least 5,000 passing yards in multiple seasons.

Cooper Kupp finished the regular season with 1,947 receiving yards, good for second all-time but not quite enough to break Calvin Johnson’s single-season record of 1,964 in 2012. However, Kupp did something Johnson couldn’t do in 2012 — capture the receiving “triple crown.”

4. Jaylen Waddle says “try to catch me” to future rookies

With his first reception against the Patriots, Dolphins wide receiver ﻿Jaylen Waddle﻿ joined ﻿Anquan Boldin﻿ (101 receptions in 2003) as the only rookies with 100-plus receptions in NFL history. However, that wasn’t enough for Waddle, who totaled four receptions and a touchdown on the opening drive alone, as he compiled five catches total in the game to finish the season with 104 receptions in order to break Boldin’s record.

Speaking of Mike Evans, the Buccaneers wideout had 1,051 receiving yards as a rookie in 2014 and just never stopped crossing that 1,000-yard threshold. With 1,035 receiving yards in 2021, Evans extended his own record for the most consecutive seasons with at least 1,000 receiving yards to begin a career (eight). The only players with a longer streak at any point in their careers are Jerry Rice (11 seasons) and Tim Brown (nine seasons).

With the Chargers trailing by 15 points in the fourth quarter on Sunday Night Football, ﻿Justin Herbert﻿ led back-to-back touchdown drives to send the game into overtime. Those improbable drives both ended with TD passes — Herbert’s 68th and 69th of his career, passing ﻿Dan Marino﻿ for the most passing TDs in a player’s first two seasons in NFL history. Unfortunately for the Chargers, the 70th TD pass never came, and they missed the playoffs on a Raiders field goal as time expired in the extra period.

8. Cheaper by the dozen? “How about the thousand?” says Justin Jefferson

Justin Jefferson entered Week 18 with the most receiving yards ever by a player in their first two seasons. But why stop there? With 107 yards and a score against the Bears, Jefferson brought his season total to 1,616 (good for second in the NFL) and his career total to a whopping 3,016.

The Vikings’ superstar wideout is still only 22 years old and with this blistering pace of more than 1,500 yards per season, only the sky seems to be the limit for the numbers Jefferson could put up in his career.

9. Austin Ekeler gives 20 reasons why he should have been drafted

There were 253 players selected in the 2017 NFL Draft. None of them were ﻿Austin Ekeler﻿, a fact that only becomes more mind-boggling as the Chargers running back continues to score touchdown after touchdown.

With two more scores in Week 18, Ekeler reached 20 touchdowns for the season, tying Jonathan Taylor for the most in the NFL this season. He also joined Priest Holmes as the only undrafted players to have at least 20 TDs in a season. Holmes did so in both 2002 and 2003.

10. Patrick Mahomes puts up numbers and backs them up with wins

﻿Patrick Mahomes﻿ has been a touchdown machine in his career. In Week 18 against the Broncos, he hit another major milestone by reaching (and surpassing) 150 career passing TDs in what was his 63rd career game (all starts). That makes him the second-fastest quarterback to reach 150 passing TDs, behind only ﻿Dan Marino﻿, who bested him by one game.

But those aren’t just empty stats — Mahomes also won his 50th game as a starter in Week 18. In the Super Bowl era, ﻿Ken Stabler﻿ (62 starts) is the only starting QB to reach 50 wins faster. 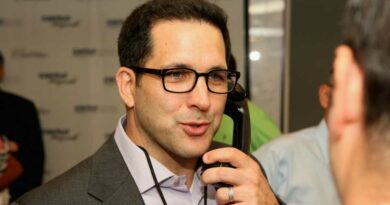 What did Adam Schefter’s email say? Why NFL insider’s reported email situation is a big deal