NFL Media has revealed the players (in alphabetical order) voted on as the top 20 in the sport:

This list includes four players who have taken home the top spot in previous years (Brady, Donald, Mahomes, and Rodgers), and three players who are making their debut on the Top 100 list. 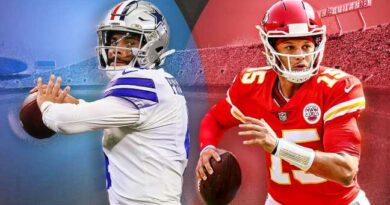 Jalen Hurts inspires Eagles to victory in first NFL start, while Derrick Henry runs all over the Jaguars