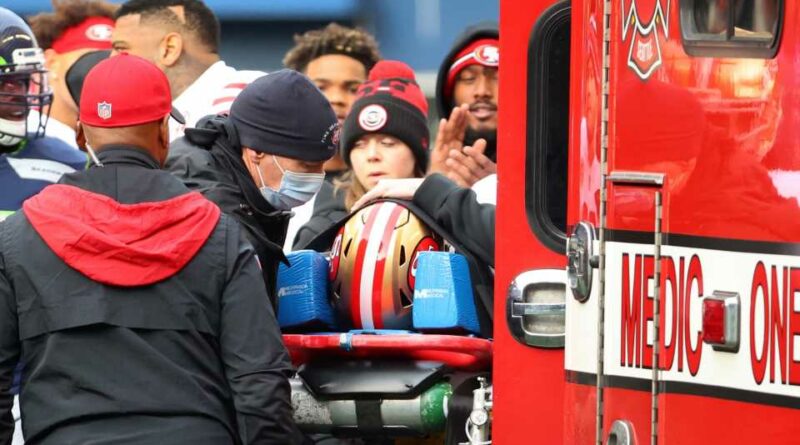 49ers running back Trenton Cannon was taken off the field in an ambulance after suffering a concussion on the opening kickoff of his team’s game against the Seahawks on Sunday in Seattle.

Cannon was attempting to tackle Seattle returner DeeJay Dallas when his head rammed into the leg of teammte Talanoa Hufanga. Cannon’s neck appeared to twist awkwardly. After the inital hit from Hufanga, his head hit the leg of another teammate, causing it to move in the other direction.

The medical crew came out to examine Cannon. Soon after, the medical cart came out, followed by the ambulance. Cannon was taken to a local hospital.

Cannon appeared to be moving his arms while on the stretcher, as captured by this video:

As Cannon lay on the field, the entire 49ers bench came out to surround him. Seahawks quarterback Russell Wilson and other Seattle players joined in. The players took a knee as Cannon was taken off the field.

Cannon was diagnosed with a concussion while at the hospital, ESPN reported, and was ruled out for the remainder of Sunday’s game. There is no additional information on Cannon’s condition as of now.