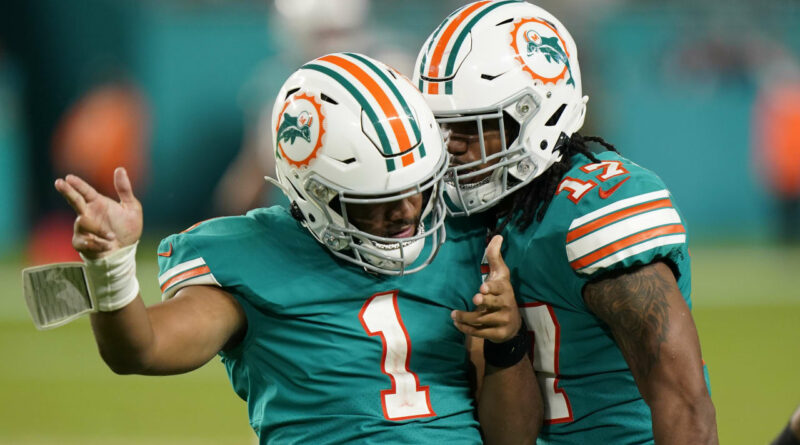 The free agency frenzy, the trades, the retirements, the unretirements — the opening month of the new league year is truly bonkers!

OK, yes, I kid. While the past few weeks of NFL roster shuffling have been utterly insane, I’m well aware of the real March Madness. In fact, I’m obsessed with it. And I’m pretty sure we just witnessed the single greatest Cinderella story in NCAA tournament history, courtesy of the Saint Peter’s Peacocks.

Factor in the basketball budget for the Metro Atlantic Athletic Conference champions, who became the lowest seed ever to make the Elite Eight. And how about the teams they beat along the way? Kentucky had real title aspirations. Murray State was a top-25 team that entered its second-round matchup against Saint Peter’s riding a 21-game winning streak. Purdue was top 10 all season, even holding the No. 1 spot for a spell. The Peacocks shocked ’em all, becoming the ultimate bracket busters.

Sorry, George Mason. No disrespect, Loyola-Chicago and Loyola Marymount. But Saint Peter’s was a freakin’ 15 seed! It’s a pretty easy call. Finding an NFL Cinderella team is not.

Now, my track record in this annual exercise is pretty great. While I typically like to stress that this is not a playoff prediction, the 2017 Jaguars, 2018 Bears and 2019 Bills all made me look prescient by hitting the postseason. The 2020 Cardinals and 2021 Chargers both started hot, but they turned into pumpkins down the stretch. Still, I feel like I’ve had a solid hit rate here.

That said, 2022 feels like a totally different beast. Fourteen teams total make the playoffs, but I count up to a dozen organizations in the AFC alone that could viably think it’s their time to shine and play on Championship Sunday.

My main ground rule for picking an NFL Cinderella remains the same: no playoff appearance in the previous season. With that in mind …

I currently love the Chargers to win the loaded AFC West, but A) that’s en vogue right now; and B) the Bolts were my Cinderella team last year. Like everyone else, I see the Broncos snapping a run of five straight losing seasons, as Russell Wilson changes everything. I also think Matt Ryan gets the Colts back on track to legit contention. Not exactly a hot take.

I need the Miami Dolphins.

That’s right: Fins up! Your 2022 NFL Cinderella team is Miami. And I’m kind of obsessed.

As alluded to above, I normally don’t look to sell my Cinderella team through hyperbole. But hey, I’m feeling it! So let’s get some takes off …

I’m fired up about this team. And that’s really something, considering how I felt about the Dolphins just a few months ago.

Miami’s offseason started off in rather ugly fashion, with the unceremonious firing of Brian Flores. I exploded on my SiriusXM Radio show when the news broke. Flores posted winning records in two of his three seasons at the helm — and honestly, that one losing campaign might have been his most impressive coaching job of all, given the extreme dearth of talent on that 2019 roster. The firing still angers me, but …

Everything that’s happened since Flores’ shocking ouster has been flat-out perfect, including the replacement choice at head coach, Mike McDaniel. The Yale alum has the makings of an offensive guru, having honed his craft under Kyle Shanahan. Players love the former San Francisco 49ers offensive coordinator. I chopped it up with Deebo Samuel on radio row at the Super Bowl, and the emerging superstar absolutely gushed over McDaniel: his scheme, his personality, his ability to make individual players sizzle. I loved Flores, but he clearly struggled to find the right offensive coordinator, stalling progress on that side of the ball. McDaniel will instantly help my guy, the much-maligned Tua Tagovailoa.

I really like Tua. Yes, the Dolphins should’ve taken Justin Herbert over him at No. 5 overall. It’s obvious now, but I felt that way before the 2020 NFL Draft. Regardless, that ship has sailed. It’s over. So let’s assess what Miami has, not what it could’ve had. Tua has the quick release, the accuracy and the leadership ability to be a great player worthy of a top pick. He needed that offensive mind. Enter McDaniel. Tua also needed a real offensive line, with Miami’s unit finishing dead last in Pro Football Focus’ season-ending rankings this past January. So the Dolphins went out and got one of the game’s best left tackles, Terron Armstead, as well as a solid guard in Connor Williams.

Meanwhile, with a cavalcade of anonymous backs last year, the Dolphins finished 30th in rushing. Not ideal for an offense led by a young quarterback trying to find his way in the NFL. So Miami pounced on Chase Edmonds, a 25-year-old playmaker who should be squarely in his prime. I’m thrilled to see him running and catching in McDaniel’s offense. The Fins also scooped up blazer back Raheem Mostert, who played for McDaniel in San Francisco and swears by the coach, as he stressed to me on SiriusXM Radio last week. Lastly, Miami went out and got something that’s essential to the team’s new offense: a traditional fullback in Alec Ingold.

And then there’s the receiving corps. Cedric Wilson was an underrated signing. Honestly, I was ready to hype up the pass-catching group of Wilson, Jaylen Waddle, DeVante Parker and tight end Mike Gesicki. Then Miami went out and shot the moon.

Tyreek Hill?! Come on. Now it’s not even fair. “Cheetah” is one of one. He’s the single best home run hitter in the NFL. The man changes games with his speed. He’s nightmare fuel to defenders and defensive coordinators. Hill has won a title and played huge in big games. Think about the impact on Tua. And on Waddle, fresh off a sensational rookie season that saw him rack up 104 catches and author numerous highlight-reel plays. Think about what McDaniel can do with the mind-bending explosiveness Hill and Waddle bring to the table.

Defensively, Miami already had a stout unit. Xavien Howard and Byron Jones comprise an imposing cornerback tandem, while defensive tackle Christian Wilkins just enjoyed a breakout Year 3. Not to mention, safety Jevon Holland and edge rusher Jaelan Phillips both made the Pro Football Writers of America All-Rookie Team. And last month, Miami re-signed multiple key defenders, including QB hunter Emmanuel Ogbah. Losing Flores hurts on the defensive side of the ball, but this unit has the horses to stifle opposing attacks.

The NFL is hotter than ever, but Miami needs to join the fun. That’s the word: fun. With Tyreek Hill as the icing on this cake, these Dolphins are going to be fast and fun. When was the last time you could say that about Miami?

The glass slipper fits these Dolphins. And their clock won’t strike midnight until they hit the playoffs for just the third time since divisional realignment in 2002. 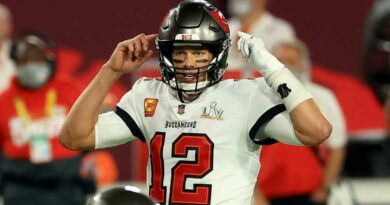 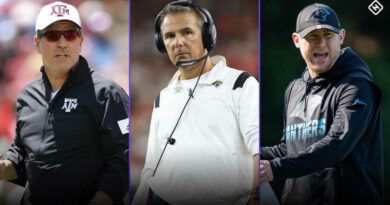