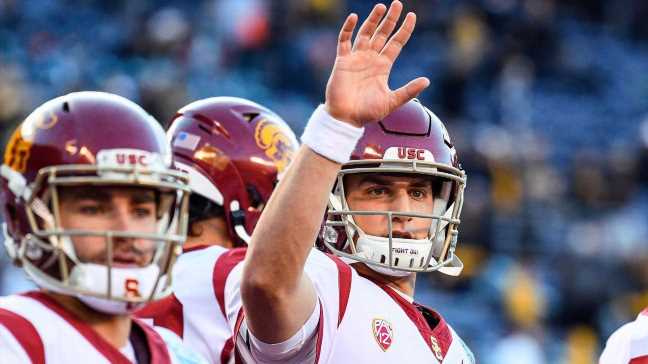 Slovis, who started the 2021 season as a Heisman Trophy candidate, will have two years of eligibility remaining as a graduate.

As a true freshman in 2019, Slovis burst onto the scene after JT Daniels was lost with a season-ending injury in the first game of the season. He threw for 3,502 yards with 30 touchdowns and nine interceptions, which contributed to Daniels’ decision to transfer to Georgia.

However, after Slovis’ brilliant freshman season, his play regressed each year. In nine games in 2021, Slovis threw for 2,152 yards with 11 touchdowns and eight interceptions. Because of injuries and performance, highly touted true freshman Jaxson Dart saw significant playing time through the season.

It is unclear what schools Slovis will consider when deciding where to transfer. He is from Arizona and was a four-star quarterback coming out of Desert Mountain High.