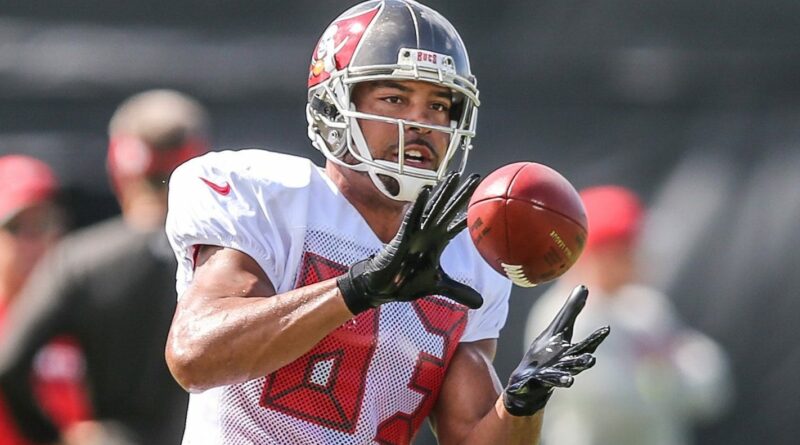 Gerald McCoy had a surefire way to spark a reaction from Vincent Jackson. He’d just call him the ultimate pro.

“That was my nickname for him,” McCoy, an 11-year NFL veteran defensive tackle, told USA TODAY Sports. “I’d say you’re just the 'Ultimate Pro.’ And he used to laugh every time I called him that. He would laugh, look at me, wink and he would say it back. Ultimate pro.

"Because everything he did was just so professional. He was one of our greatest examples of how we should be as pros  — on and off the field.”

McCoy, 32, a teammate during all five of Jackson’s seasons with the Buccaneers, spoke in reverent tones as he reflected on the former wide receiver who was found dead on Monday in a Tampa hotel suite. He didn’t bring up the gridiron exploits of a talented playmaker, but instead recalled a number of behind-the-scenes moments that illustrated the spirit of the man.

COMMUNITY MAN: Jackson's death confounds those who saw him thrive after football

That’s really how it should be, and it’s why there’s such an extended reach with this grieving process. McCoy has been flooded with text messages and calls from former teammates, past and present Bucs staffers and others who knew Jackson.

Although the specific cause of death is undetermined, pending an autopsy, the Hillsborough County Sheriff’s Office said in a statement provided to USA TODAY Sports that relatives had reason to believe that “chronic alcoholism and concussions” were factors. Jackson was 38.

“At first you don’t believe it,” McCoy recalled. “For a person of this magnitude, I don’t think people understand what he did for so many people.”

Jackson was the Bucs’ nominee for the Walter Payton NFL Man of the Year award for four consecutive seasons, reflecting his community service. “If that’s not any type of indication of what kind of man he was, then I don’t know what is,” McCoy said. When Jackson signed with the Bucs as a free agent in 2012, McCoy had just finished his second NFL season.

LIKE SPORTS? SO DO WE: Sign up for our daily sports newsletter and never miss a moment.

“He had made a couple Pro Bowls, so you knew he was talented,” McCoy said of Jackson’s arrival after seven seasons with the Chargers. “But you didn’t realize how much of a professional he was. He really started molding guys in that organization. He was more than a locker-room leader, football-wise.

"He taught guys how to actually — me, for sure, and I’m sure a lot of other guys can attest to this — he taught us the difference in being a professional or being a pro. He taught us that it’s not just what you do on Sundays. It’s what you do every day leading up to that, including what you’re doing at home.”

McCoy said Jackson was the type to arrive early, putting much detail into getting ready for practices. He had a nutrition plan. A polished approach in dealing with media. A robust platform for philanthropy. For a young player seeking an example, Jackson was it for McCoy.

“I learned so much from Jack,” McCoy said, adding that his impact was more impressive when considering the turmoil that enveloped a losing team that had three head coaches during Jackson’s five seasons.

“He was a big part of how I grew up learning how to be a pro,” said McCoy, who entered the NFL in 2010 as the third pick overall. “He just groomed so many people. Look at Mike Evans. Mike can attest to this. He took Mike under his wing and said, 'That guy is ultra-talented. Now let me show him how to be a pro.’

"Now look at Mike. He’s a football champion. That’s just who V-Jack was. That's why this hurts so many people.”

The last time McCoy spoke to Jackson was the latter part of 2020. McCoy said he had no indication Jackson had any type of issues that might have contributed to his death. Their conversation revolved around trying to organize a Zoom conference for current and former players that would focus on money management and investment options. Jackson co-owned several restaurants and a real estate and development company, CTV Capital.

"The last time I talked to him, we were trying to work on getting a group of guys together to teach guys how to budget and how to use their money right … Like I’m saying, he was always looking out for everybody else, trying to make everybody else better. That’s what he was about. That’s why this hurts so bad." 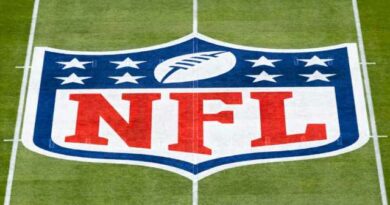