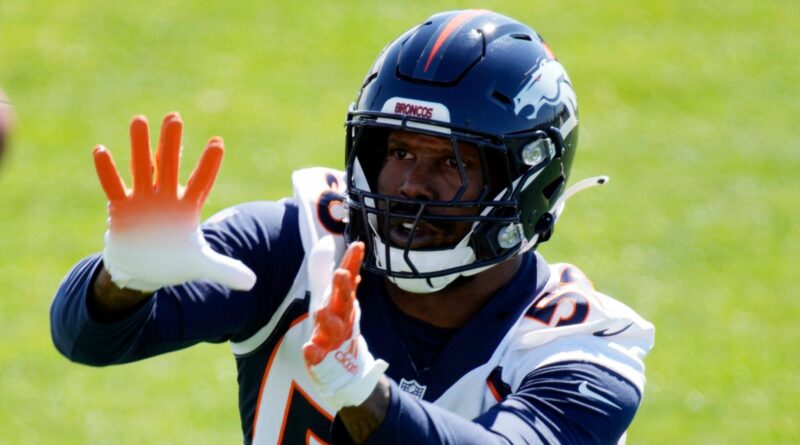 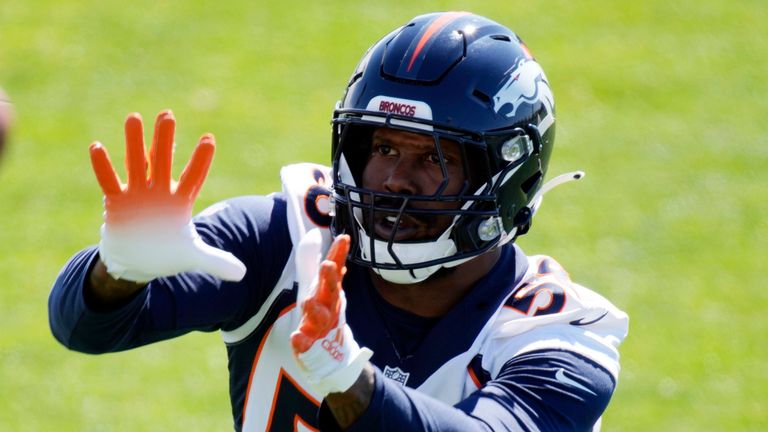 “Everybody is tired of losing,” says Von Miller, who believes the 2021 Denver Broncos boast as strong a roster as the organisation has had in recent years.

Denver are coming off a 5-11 campaign having extended their playoff drought to five successive seasons since beating the Carolina Panthers at Super Bowl 50.

But with key pieces returning from injury on both sides of the ball, there is an optimism the Broncos are primed for progress under Vic Fangio.

“This is the best team we’ve been able to field in a long time,” Miller told Mike Klis of 9News ahead of Sunday’s MLB Celebrity All-Star Game.

“The offense is going to be ridiculous. We’ve got Courtland (Sutton), Jerry Jeudy, Noah Fant, Albert (Okwuegbunam), I don’t want to go through the whole thing, Melvin Gordon and all these other big time guys. The defense is just as stacked.

“A lot of guys are motivated. Everybody’s tired of losing. Everybody wants to win and I’m excited. Not being able to go to the playoffs the last five years, everybody’s feeling it at Dove Valley.

“From John Elway to G.P. (George Paton), the chefs and cooks, everybody involved. We should be highly motivated to go out here and play some good football this whole season.”

Jerry Jeudy delivered glimpses of his route-running prowess in his rookie year as he led the Broncos with 52 catches for 856 yards and three touchdowns. He was followed closely by Tim Patrick with 51 receptions for 742 yards and six scores as the Broncos were left to fare without the injured Courtland Sutton for all but one game.

Melvin Gordon dislodged Phillip Lindsay, now with the Houston Texans, as the lead running back with 215 carries for 986 yards and nine touchdowns following his offseason arrival, and tight end Noah Fant continued his development with a team-high 62 catches for 673 yards and three scores.

The primary questions, however, continued to surround the quarterback position after a mixed sophomore campaign from Drew Lock, for whom the Broncos have since provided competition in the form of Teddy Bridgewater.

Denver have also been thrust into the conversation as potential suitors for the Aaron Rodgers this offseason amid uncertainty over his future with the Green Bay Packers. And while confident in the ability of Lock and Bridgewater, Miller believes the Broncos have the right men for the job should the organisation choose to pursue a trade for the reigning league MVP.

“John Elway, he’s done a great job of working the big-time guys before – Peyton (Manning) and DeMarcus (Ware) and Aqib (Talib) – all these other guys. So if there’s a guy to be had, G.P. and John Elway are the two to put on it, if it can be done. If it can’t, I’m comfortable with Drew Lock and Teddy Bridgewater. They’ve impressed the hell out of me, and impressed the hell out of everybody during OTAs.

“So I’m super excited for those guys. Another year for Drew Lock, I think this will be the time for him to turn it on. So either way we go, it’s looking bright for us.”

Tom Brady, Wayne Gretzky and seven of the craziest facts in sports history