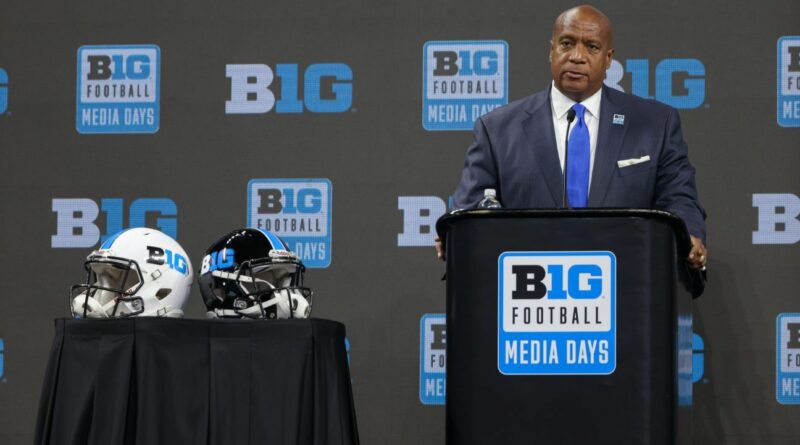 INDIANAPOLIS — Big Ten commissioner Kevin Warren said further expansion beyond USC and UCLA is possible, if done for the right reasons, and the league will take a “bold” approach toward major changes in college athletics.

USC and UCLA, which are set to join the Big Ten for the 2024 season, will receive full revenue shares from the league immediately, Warren said, unlike the three most recent additions: Nebraska, Maryland and Rutgers. The Big Ten is nearing a new media rights agreement, which reportedly will bring in more than $1 billion annually and that Warren hopes to announce “sooner than later.”

“I get asked every single day, what’s next?” Warren said Tuesday to open Big Ten football media days. “It may include future expansion, but it will be done for the right reasons, at the right time, with our student-athletes’ academic and athletic empowerment at the center of any and all decisions that we will make.

“We will not expand just to expand. It will be strategic; it will add additional value to our conference.”

Warren said he examined expansion even while interviewing for the Big Ten commissioner job in 2019, and studied many schools, including USC and UCLA. He recalled learning that Los Angeles had the largest section of Big Ten alumni outside of the Midwest.

Warren noted that the Big Ten soon will have a presence in the country’s three largest markets — New York, Los Angeles and Chicago — and will “provide content all the way from the morning into the night” with its next media rights agreement. Fox will be the Big Ten’s lead media partner for the next agreement, but the league has also spoken with ESPN, CBS, NBC, Amazon and Apple.

“A lot of work we’ve done on any potential expansion, we’ve done multiple years ago,” Warren said. “We’re always in a perpetual state of analyzing the goodness of fit for any institutions that were coming to the Big Ten Conference.”

Warren repeatedly referenced taking a bold and innovative approach toward the many major topics in college athletics, including further realignment. He said the league “will not languish in bureaucracy.”

“It is important for all of us in business to recognize that we’re in a time of change,” Warren said. “I think there’s two types of people in the world: They look at change as it’s a problem, or they look at change as an opportunity. And I’m one of those individuals that when change occurs, I get excited about it. And then it really is an opportunity for us to do a lot of things that people have thought about but maybe have been a little bit reticent to do.

Warren reiterated his full support for an expanded College Football Playoff and his confidence that a new model would be reached. The Big Ten was one of three leagues, along with the ACC and Pac-12, that voted against a 12-team proposal after months of discussions. Last fall, Warren had advocated for champions of power conferences to receive automatic berths in an expanded system.

Earlier this month, SEC commissioner Greg Sankey indicated he thinks that any future expanded models should not include automatic qualifiers.

“I still feel strongly that we need to open it up to have multiple media partners,” Warren said. “We need to take a holistic view. We need to make sure we protect some of the critical bowl relationships. So as we work through all these, whether it’s automatic qualifier, whatever the case may be, I’m confident as we get these new individuals in the room, get these issues on the table, that we’ll be able to reach some resolution.”

The Big Ten hopes to continue address name, image and likeness through an athletic advisory and advocacy committee. Warren said potential revenue sharing will be discussed, but also the environment that the conference competes in, which will change with the USC and UCLA additions.

“It’s so easy to talk about the money and share money, but what does that really mean?” Warren said. “I just want to make sure that I listen and learn and to be able to have big ears and a small mouth to truly understand what’s important to them.” 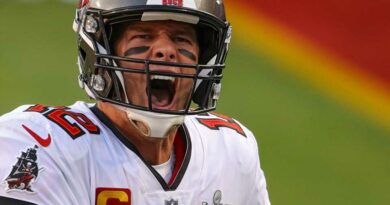 Browns coach Freddie Kitchens on his new role: I know I’m not a popular choice and I don’t care