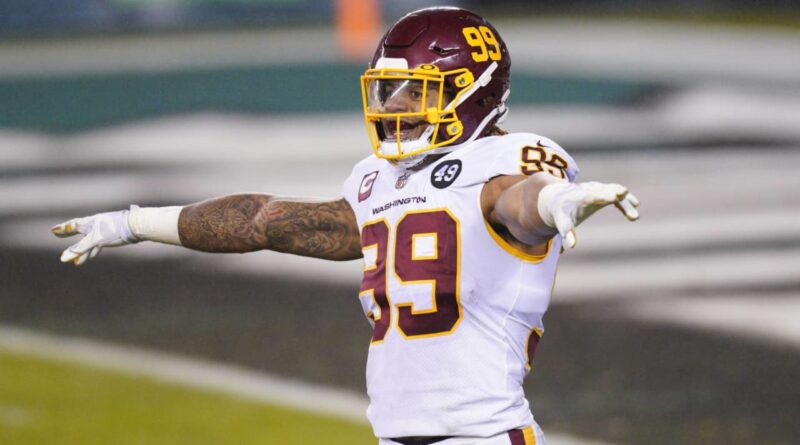 Favorite for the Defensive Rookie of the Year, Young led all rookies with 7.5 sacks, tied for third-most ever by a Washington first-year player.

Young was a dominant force this season that turned Washington’s defensive front into a playoff-bound menace. According to NBC analyst Cris Collinsworth during Sunday night’s broadcast, defensive coordinator Jack Del Rio compared Young’s leadership in his first year to a young ﻿Ray Lewis﻿, which is exceedingly high praise.

The book on slowing ﻿Tom Brady﻿ during his 21-year career has always been pressuring with four defensive linemen. Move the 43-year-old off his spot, and you’ll have a chance to slow his offense.

To have any shot to pull the upset against the 11-win Bucs, Washington will need Young and the rest of the D-line to be in Brady’s face all night.