We went with the “stars-and-scrubs” daily fantasy football strategy in last week’s Yahoo GPP lineup, and it mostly paid off. Our Jared Goff-Todd Gurley-Brandin Cooks stack was a hit, and our “contrarian” pick of Tyrell Williams came through. O.J. Howard did exactly what he was supposed to do in a favorable matchup, and while Frank Gore, Willie Snead, and Sammy Watkins all saw the volume we wanted, none managed to have big games (though none were complete busts either). Ultimately, it was another good-but-not-great week, and we’re determined to do better with our Week 10 NFL DFS picks for Yahoo tournaments.

We’re starting off by stacking Rams again. Even though this week’s matchup is tougher (@ Seahawks), the $8 price drop on Jared Goff seems like an overcorrection. We’re also getting Cooper Kupp at $4 cheaper than we paid for Brandin Cooks last week, so we’re good with those picks. We’re paying up in a major way for our RBs, which means we have to pay down for sleeper pass-catchers, but we think we found some high-upside candidates who should outproduce their prices.

Paying up at RB and taking chances at WR was the theme of last week’s DraftKings perfect lineup, where Adam Humphries and Maurice Harris made the cut along with Kareem Hunt and Alvin Kamara, so we’ll take our chances with our picks, which are actually less random.

QB Jared Goff, Rams @ Seahawks ($31). There’s an argument to be made against Goff, mainly that he’s had five games with two or fewer TDs (including at home against the Seahawks in Week 5) and this is a tough road matchup. That’s fine, but the fact he’s tied for the 12th-most expensive QB, behind Baker Mayfield and Ryan Fitzpatrick, among others, is a major argument for him. With Cooper Kupp back and top weapons everywhere, Goff can do work against a Seahawks defense that has yielded multiple TDs to Matthew Stafford and Philip Rivers the past two weeks — and 321 yards to him in that aforementioned earlier matchup.

RB Melvin Gordon, Chargers @ Raiders ($35). Are the Raiders even trying anymore? They didn’t look like they were last Thursday when they gave up 153 rushing yards to San Francisco’s primary RBs, but we’ll bet they have a little more fight after their mini-bye. We’re not worried, as Gordon is the most automatic back this side of Todd Gurley. With at least one touchdown in each of his past six games and over 100 total yards in five of seven games this year, Gordon is well his price.

RB Kareem Hunt, Chiefs vs. Cardinals ($34). We had Frank Gore in this spot last week — can you say “upgrade”? Hunt is basically as automatic as Gurley and Gordon, scoring at least once in every game since Week 1 and notching 13 total TDs on the season. The Cardinals allow the most fantasy points per game (FPPG) to RBs, so…yeah.

WR Cooper Kupp, Rams @ Seahawks ($25). We’ve talked before about how Seattle has problems with secondary receivers, and that was on display last week when both Mike Williams and Tyrell Williams scored against them. (Kupp posted 90 yards and a TD against them in Week 5.) But here’s the question — is Kupp really a “secondary WR”, or is he the Rams’ No. 1? Even better question — does it matter? Based on Keenan Allen also ripping up the Seahawks last week (6-124) and Kupp ripping up virtually everyone he plays, we’ll say, “No, it doesn’t matter”.

WR Kenny Golladay, Lions @ Bears ($19). This is an odd price considering a) Golladay is the co-No. 1 receiver in Detroit now, and b) the Bears have struggled against WRs all season. Chicago entered Week 9 allowing the 10th-most FPPG to the position, but after getting a “bye” against the Bills, that ranking will look a lot better. But make no mistake, if you’re going to attack the Bears, it’s through the air on the outside. Golladay only saw four targets compared to Marvin Jones’ eight last week, so there’s reason to think Jones at $19 is a better value. However, both are big-play guys, and Golladay is better in the red zone. We can’t see Matthew Stafford getting shut out two weeks in a row, even against another tough defense on the road, so we’ll gladly be contrarian and take Golladay at this reduced price.

WR Golden Tate, Eagles vs. Cowboys ($16). This one feels like a trap, we’ll admit, but we can’t shake the feeling Tate is priced way too low. Many will point to his monster game against the Cowboys in Week 4 (eight catches, 132 yards, two TDs) as a reason to trust him, and while we’re not sure that will happen again, we know Carson Wentz and the Eagles passing attack can put up numbers against anyone. Dallas has been death to wideouts this year, allowing only two 100-yard receivers (Tate and DeAndre Hopkins) and two games with multiple WR touchdowns (Tate and Tyler Lockett/Jaron Brown). But, again, $16 is too cheap for someone of Tate’s ability in an offense as good as Philadelphia’s, so we’ll use his higher floor to offset the risks we’re taking at TE and FLEX.

TE C.J. Uzomah, Bengals vs. Saints ($13). The Saints entered Week 9 allowing the third-fewest FPPG to TEs, with Baltimore’s Mark Andrews being the only tight end to score against them. That’s more than a little worrisome for Uzomah, who was shut out in an extremely favorable matchup against Tampa in Week 7. Still, we needed to spend down at the position, and with A.J. Green (foot) expected to be out, those extra targets in Cincinnati have to go to someone other than Tyler Boyd. There’s no clear second wide receiver to step up, so we’re expecting Uzomah to see more looks. Cincinnati will be able to move the ball against New Orleans, so he should be in position for red-zone targets, too.

FLEX Josh Doctson, Redskins @ Buccaneers ($14). Doctson scored last week and notched at least five targets for the fifth time in the past six games. He has as good of a chance as any Washington receiver to have a big game, and you know at least one of them will against a Tampa defense allowing the third-most FPPG to WRs. At $14 — $5 cheaper than Paul Richardson and the same price as last week’s hero Maurice Harris — we’re willing to take the risk.

D/ST Buffalo Bills @ Jets ($13). It feels like Sam Darnold and the Jets should be better at home, but seven of his 14 picks have come in the Meadowlands (in one fewer game than on the road). After a strong start to the year, Buffalo’s defense is reeling, only producing one takeaway in the past three games, but we’ll give them somewhat of a pass considering those contests were against Indianapolis, New England and Chicago. The upside is there, and that’s about all we can ask from a $13 D/ST. 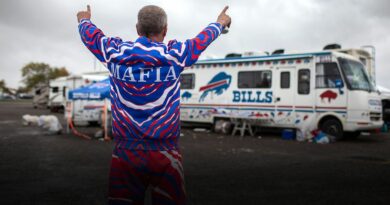 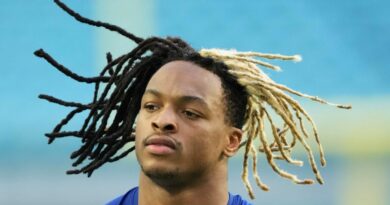 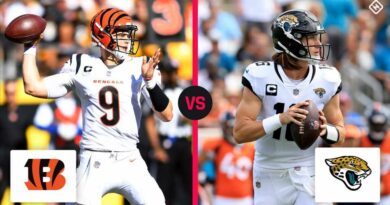