It feels like Ohio State has been on upset alert for the past month. The Buckeyes have all kinds of defensive problems and it came back to bite them in a 29-point loss to Purdue in October. Even following an open week, Ohio State struggled to put Nebraska away.

Now, a road game at Michigan State awaits Urban Meyer’s team, and the point spread is noteworthy to say the least. However, the Buckeyes aren’t the only ranked team facing an interesting road game in Week 11. No. 8 Washington State and No. 11 Kentucky are both favorites against unranked teams, but by less than a touchdown. The point being, Saturday could yield some odd results.

Each week, I’ll give you the top five upset alert games based on matchups, injuries/suspensions and other factors. Disclaimer: “upset” is defined first and foremost by the point spread, not perception or rankings, though they are both taken into consideration. I generally avoid games whose lines are within a touchdown with exceptions being made for cases that warrant them (there are a couple of those cases this week). I’m also going on the record with the picks and keeping tabs. The scoring system is exactly the same as it is for our weekly expert picks with season-long tallies against the spread (ATS) and straight-up (SU).

On to this week’s picks …

Wisconsin at No. 20 Penn State

Why it’s listed: It’s tiring to keep putting Penn State on here, but no ranked team has lived on the edge more over the past six weeks. Both Alex Hornibrook (concussion) and Trace McSorley (knee) are banged up, which makes this interesting. If nothing else, though, ball control offenses like Wisconsin’s can keep things close.

Wisconsin’s key to the game: The Badgers struggle when opposing offenses can go blow for blow with them in a rock fight. Penn State, however, ranks 111th nationally in third-down conversions. If Wisconsin can get off the field, this game tilts in its favor.

Penn State’s key to the game: Obviously, McSorley’s health is the biggest question. He’s a gamer, we know this, but he can be only so effective on one leg when he’s so important in both the passing game and running game. He had a rough game in the loss to Michigan, so it’ll be interesting to see if he can bounce back.

Pick: Neither team is playing all that well at the moment, so give me the home field advantage and Penn State’s quarterback injuries over Wisconsin’s. ATS: Wisconsin, SU: Penn State

Why it’s listed: I’m breaking the touchdown rule for two reasons. The Buckeyes may be on the farthest periphery of the playoff race, but they’re still there. If they win out — remember, they get Michigan at home — it could be a real toss-up for that No. 4 spot. However, if Ohio State loses on Saturday, there’s a real chance The Game against Michigan on Nov. 24 won’t even matter for the Big Ten East race. Wouldn’t that be something?

Michigan State’s key to the game: Frankly, there aren’t many things Michigan State does particularly well outside of stopping the run — which its No. 1 nationally in doing. Its offensive success rate is average — 68th, per S&P+ — so it needs to lean heavily on keeping Ohio State in bad starting field position to have an advantage in hidden yards.

Ohio State’s key to the game: Quarterback Dwayne Haskins needs a pick-me-up after struggling against Nebraska. Going against a Spartans defense that’s more susceptible to giving up big pass plays (they’re 48th in that category per S&P+) should help.

Pick: Michigan State is banged up and Ohio State hasn’t been playing cohesively. The Buckeyes are better, but Sparty typically gets up for this game and six of the last seven have been tight. This one should play out similarly, but does Michigan State really have enough offensively to exploit Ohio State’s defensive weaknesses? ATS: Michigan State, SU: Ohio State

South Carolina at No. 15 Florida

Why it’s listed: Will Muschamp’s returns to The Swamp feels more like a pick ’em rather than a touchdown spread. Florida’s defense is typically what keeps things close, but the last two weeks have been some kind of slide.

South Carolina’s key to the game: The Gamecocks have been decimated by injuries, but they still have receivers Deebo Samuel and Bryan Edwards, who have combined for nearly 1,000 yards receiving and 11 touchdowns. Samuel, of course, is also an electric return man. In a game that could be a grinder, South Carolina needs to find some explosive plays with those two.

Florida’s key to the game: Can Dan Mullen get the offense figured out? It’s going to be Feleipe Franks or Kyle Trask at quarterback, perhaps with some Emory Jones sprinkled in, but regardless of who plays the Gators can’t keep stalling. South Carolina’s defense is shorthanded in the back end, so there’s an opportunity to rebound.

Pick: South Carolina’s last four games have been decided by an average of three points and are 3-1 in such games. So what should you trust more: the Gamecocks’ ability to win close, or a get-right game for Franks and the Gators? ATS: South Carolina, SU: South Carolina

No. 11 Kentucky at Tennessee

Why it’s listed: The line has jumped up to Kentucky -6, so it’s close enough for the touchdown rule. Plus, there’s just something interesting about the No. 11 team in the country being a small favorite on the road against a sub-.500 team. That probably means Kentucky’s ranking is off, but this is a thinking face emoji game if I’ve ever seen one.

Tennessee’s key to the game: Can the Vols’ pass protection keep quarterback Jarrett Guarantano upright? Kentucky ranks in the top 25 in S&P+ in its defensive havoc rating. Guarantano has been a bright spot and he can lead Tennessee to a win, but only if he’s not fleeing for his life.

Kentucky’s key to the game: Sweat the under? The point total is 42.5 and the Cats are 6-1 when they go under. At this point in the season, Kentucky is what it is, which is a team that leans on its defense and finds just enough plays offensively.

Pick: This is is going to be U-G-L-Y, you ain’t got no alibi, ugly. However, Kentucky thrives on winning ugly. The Wildcats are 99th nationally in points per game … but the Vols are 102nd and only one of these teams has a defense to compensate. ATS: Tennessee, SU: Kentucky

No. 8 Washington State at Colorado

Why it’s listed: Wazzu made an appearance on upset alerts a week ago against Cal and escaped, barely, 19-13. The Cougars, still leading the Pac-12 North and in the playoff hunt, are back on alert against a Colorado team that’s lost four straight and getting desperate. And a desperate team is a dangerous team.

Colorado’s key to the game: The Buffs’ offensive line is worrisome, as are the injuries at wide receiver. Despite this, the offense fields a respectable passing attack. Quarterback Steven Montez ranks third in the conference with 266.2 yards per game. He’ll likely need to surpass that average to win Saturday.

Washington State’s key to the game: If there’s one thing Colorado can do, it’s get to the quarterback with their defensive front. In fact, Wazzu and Colorado are No. 1 and No. 2, respectively, in the Pac-12 in sacks. Whoever better protects their quarterback has the edge.

Pick: After grinding out a win in Week 10, Washington State gets back into a shootout, which is more in its comfort zone. However, Colorado is dangerous enough and a much better team at home, so this one could get wild. This line stood out from the start and we haven’t seen that one head-scratching loss we usually get with Mike Leach. So, what the heck, right? ATS: Colorado, SU: Colorado

So which teams should you back in Week 11 of the college football season? And what playoff contender will get a huge scare? Visit SportsLine now to see the projected score for every single FBS matchup, all from the model that has returned over $4,000 in profit to $100 bettors over the last three seasons. 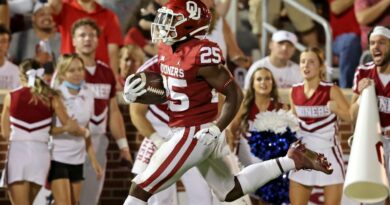 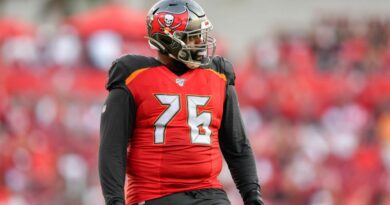