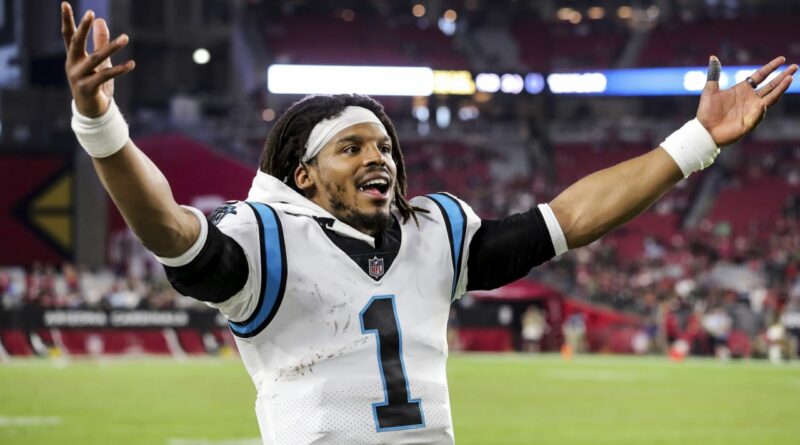 The fantasy football season is flying by, but luckily for those still fighting for a playoff spot, this is the longest season in NFL history. You get an extra week to try to secure your playoff spot. Those sitting up top the standings are probably just trying to run the clock out. Next week is Thanksgiving, which really signifies that we are getting to the nitty gritty. But, this is why we play for these late season matchups! This article, paired with the Week 11 rankings, should help get your lineups set for these big fantasy matchups!

Cam Newton vs. Washington: Cam let the entire world know he was back last week after rushing and throwing a touchdown despite limited playing time. He will get the start, and he has the best possible matchup a QB can have. The Football Team has allowed 23.37 fantasy PPG to QBs this season, the most in the NFL. They give up an average of 290 passing yards per game and 2.4 passing touchdowns per game to the position. The matchup, along with the fact that Newton has better pieces around him than a year ago means we could see a nice passing day from him. But the real reason to get excited is what he can do with his legs. He is a borderline QB1 this week.

Dak Prescott at Chiefs: The Chiefs have allowed the second-most fantasy PPG to QBs this season (21.52). Prescott is a must-start option each and every week, but this great matchup, in what could potentially be the highest scoring game of the week makes him a top-five option.

Myles Gaskin at Jets: The Jets have given up 39.14 fantasy PPG to RBs this season, by far the most in the NFL. In fact, there is only one team within 10 PPG of that number. The Jets also have allowed the most yards per game (189), the most touchdowns (20) and the second-most catches per game (7.6). They are the only team to allow an average of two TDs per game to RBs. Gaskin has also recorded at least 15 touches in four straight games and has all the RB touches near the goal line during that span. He is a must start this week.

James Conner at Seahawks: Conner faces Seattle who has given up the second-most fantasy PPG to RBs this season (30.9). The Seahawks have allowed over 100 rushing yards per game and 7.1 catches per game to RBs. That bodes well for Conner who has been more utilized in the passing game the past two weeks with Chase Edmonds sidelined. In fact, Conner has nine targets in the past two weeks after just five in the first eight weeks combined. Conner is always a good bet to score a TD, but he could see high yardage and catch totals this week. He remains a must-start option.

Brandin Cooks/Nico Collins/Danny Amendola at Titans: The Titans defense has been better up front as of late, but that secondary still struggles against receivers. On the season, they have given up 46.1 fantasy PPG to receivers, the most in the NFL. That includes the most catches (16.2) and yards (212.7) per game to the position. They’ve also given up the second-most touchdowns (14). Cooks sees so much volume each week that he is always in play, but this matchup makes him a WR2 with upside. Collins and Amendola are both deeper league options. Collins is the high-upside play, while Amendola is the safe-floor play. Amendola actually has the second-most targets from Tyrod Taylor at 13, behind only Cooks’ 25.

D.J. Moore/Robby Anderson vs. Washington: Washington has given up 42.4 fantasy PPG to receivers, the second-most in football. This Washington defense has struggled all season and now will be without Chase Young. It’s a really nice spot for Newton to get reacclimated, and that means good things for his receivers as well. Moore should continue to see the most targets, but they could be a higher quality of target than he has seen this season. He is a WR2 in this matchup. Anderson is a deeper option, but he did score a TD with Newton last week. Perhaps the QB change will get Anderson going.

Adam Trautman at Eagles: Trautman has been more utilized as of late. He has at least six targets in three straight games and has the second most targets from Trevor Siemian (15). But that is not the only reason to get excited for him this week. The matchup could not be better. The Eagles have allowed the most fantasy PPG (19.83), which includes the most catches (7.5) and yards (73.3) per game, as well as touchdowns (eight) to the position. In fact, since Week 7 every single tight end who has seen a target against the Eagles has scored double-digit fantasy points. That includes two Broncos and three Chargers tight ends and Darren Waller﻿’s backup Foster Moreau﻿. Trautman is a strong streaming option this week.

C.J. Uzomah at Raiders: The Raiders have allowed the second-most fantasy PPG (18.2) to tight ends this season. That includes giving up an average of 6.7 catches and 72.8 yards per game, along with six touchdowns to the position. Uzomah never sees a ton of volume, but he has shown the ability to make big plays. He has a low floor, but the chance to go boom in a great matchup this week.

Carson Wentz at Bills: Wentz was unable to take advantage of what was a good matchup on paper against the Jaguars. He certainly does not have a good matchup this week. He faces a Bills defense that has allowed just six passing touchdowns all season. In total, they have allowed just 10.74 fantasy PPG to QBs, by far the lowest in the NFL. Wentz has shown to be a safe floor QB, but this could put that to the test. This is a week to get away from Wentz in fantasy.

Taylor Heinicke at Panthers: A week after beating the goat, Heinicke will have a tough task against the Panthers defense. Carolina has allowed the third-fewest fantasy PPG at 14.72 per game. A QB has not topped seven fantasy points against Carolina since Week 7. Heinicke is a QB stream in favorable matchups, but this is not that. It’s a week to get away from him.

Jonathan Taylor at Bills: The Bills have allowed a league-low 17.34 fantasy PPG to RBs this season. That includes just 101 yards per game and five total touchdowns all year. That would be a down game for Taylor, who has averaged 142 yards per game since Week 4 and has scored 10 total touchdowns in that span, including at least one per week. He has averaged 25.56 fantasy PPG. We are about to find out what happens when an immovable object hits an unstoppable force. J.T. remains a top-five option, despite the matchup.

Devin Singletary/Zack Moss vs. Colts: This game features the two toughest matchups for running backs. However, on this side you can get away. The Colts have given up just 18.29 fantasy PPG to RBs, the second-fewest in the NFL. Plus, the Bills backs split snaps and carries and last week we saw ﻿Matt Breida﻿ take some targets and score two touchdowns. Avoid this backfield unless desperate this week.

Michael Pittman Jr./T.Y. Hilton at Bills: The Bills have given up the fewest fantasy PPG to receivers at just 26.8. They have allowed just three touchdowns to receivers all season. Typically this is a matchup to avoid, and you should get away from Hilton and the other Colts receivers. But Pittman has reached the level where you start him even in these tough matchups. Since Week 2, he has scored fewer than 11 fantasy points just once, and routinely has topped 20 fantasy points as of late. He sees consistent volume and leads the league in what I refer to as grown man catches. Even in a tough matchup, Pittman should be started.

Diontae Johnson at Chargers: The Chargers have allowed the second-fewest PPG to receivers this season at 26.9. That includes just four touchdowns all season. There is no reason to get cute with any Steelers receiver outside of Johnson, unless you play in a deep league and are desperate. Johnson has seen 13 targets in three of the last four games and has only seen less than 10 targets twice all season. That sort of volume makes him matchup proof.

Gerald Everett vs. Cardinals: Everett was a popular breakout pick by many, myself included. But he was off to such a strange and disappointing start to his season, but he did see a season-high eight targets last week catching all eight for 63 yards. Perhaps this is what we had all hoped for, but this is not a great week to start him to find out. The Cardinals have allowed just 7.19 fantasy PPG to tight ends — which includes giving up just 32.9 yards per game and one touchdown all season to the position. Get away from Everett this week.

Mark Andrews at Bears: Despite their struggles against other positions, the Bears have been tough against tight ends. On the year they have allowed the fourth-fewest fantasy PPG (8.43) to the position. That is made up of just 29.9 yards per game and three touchdowns allowed all season. But Andrews isn’t an ordinary tight end. He sees enough consistent volume to be matchup proof in seasonal leagues.

Notable Receivers with the Best WR/CB Matchups (per PFF):

Notable Receivers with the Toughest WR/CB Matchup (per PFF):