The Broncos head to Kansas City to face a Chiefs team that has been tearing up the league, and they do so with injury concerns on both sides of the ball. Running back Royce Freeman has been ruled out with an ankle injury, and that could push Philip Lindsay into a bigger role than he’s used to. Lindsay has been given no more than 15 touches in a game since getting 17 in Week 1, so if the team is more comfortable keeping him around that number rather than adding to his workload, Devontae Booker could see more work after getting no more than five touches in all but one game this year.

The bigger concern for the Broncos could be on defense, where top pass rusher Von Miller and inside linebacker Brandon Marshall are questionable after being limited in practice all week. If Miller does suit up, his ankle injury could make him a split second slower to the quarterback, and that matters against an elite Chiefs offense. Vegas has the line in this game at around Chiefs -10, and the injuries to the Broncos could end up leading to yet another Chiefs cover.

We’ll hit the injury reports for every game on Sunday and Monday below to get you ready for your Fantasy and NFL picks decisions.

The Eagles remain without Sproles in the backfield, and they’ll be dealing with a few injuries in the secondary, though that becomes less of a concern with a team like the Jaguars that hasn’t exactly featured a dangerous passing game this year. Tackles Jason Peters (biceps) and Lane Johnson (ankle) were limited all week but avoided final injury tags. The Jags have similar injury concerns as their opponent, with Fournette missing from the rushing attack and multiple injuries in the secondary. The difference is they’ll have to slow down a potentially excellent QB in Carson Wentz while shorthanded at cornerback. Carlos Hyde figures to feature as the team’s running back for the first time after a trade prior to Week 7.

Randall and Tretter were upgraded to a limited practice on Friday, improving their chances of suiting up for the Browns in this matchup. The Steelers come into this matchup mostly healthy, though they’ll be without their starting right tackle. Matt Feiler, who started in the win over the Buccaneers earlier in the season, takes Gilbert’s place in the starting lineup. Safety Morgan Burnett (groin) is set to see his first action since Week 2 after practicing in full all week.

The Broncos are dealing with several injuries to key players. With Freeman out, the Broncos will either have to give more work to Philip Lindsay, who hovers around 15 touches a game, or integrate Devontae Booker back into the game plan. With Ron Leary on IR and Veldheer still out, the offensive line remains a concern. But the biggest issue for Denver could be on defense, with Miller and Marshall both limited all week before being given questionable tags. The Chiefs’ injury report remains the same as it was last week, with key defenders Berry and Houston likely remaining sidelined after missing practice all week.

The Jets will be shorthanded again at receiver in this game, with Enunwa out and Anderson unlikely to play. That could leave Jermaine Kearse and the newly-signed Rishard Matthews as the top options at receiver. The defense will also have to deal with issues at corner, though Buster Skrine (concussion) practiced in full Friday and appears good to go. The Bears could be without major pieces on both sides of the ball here, but Robinson and Mack were upgraded to limited on Friday, improving their chances of playing. Mack hasn’t looked the same since suffering his injury after an explosive start to the season that had him in the MVP discussion.

The Redskins will be without at least one receiver again this week, but Richardson has a shot of playing after being limited all week. Thompson was upgraded to a full practice on Friday and figures to be available as well. Running back Adrian Peterson (ankle, shoulder) was also upgraded to full on Friday and avoided a final injury tag altogether. The Giants lose a key member of the defense with Ogletree sidelined, and with Damon Harrison traded to the Lions, that could help open the middle of the field for the Redskins running game.

The Seahawks come out of their bye much healthier than they had been, with linebacker K.J. Wright (knee) and tight end Ed Dickson (quad) set to make their season debuts in this matchup. Guard D.J. Fluker (knee) and running back Rashaad Penny (finger) are also good to go. Riddick remains sidelined for the Lions after missing practice all week, while Ansah and Davis were both limited Thursday and Friday before earning questionable designations. If Ansah plays, it would be his first action since Week 1.

The Buccaneers will be without two key defensive linemen for the second straight week, but they were able to beat the Browns without the pair last week and get to face a beat up Bengals team here. Cincy will be without two top linebackers in this matchup, which could help open the middle of the field, and not having Dennard against a talented receiving corps is a concern.

The Ravens are dealing with several injuries on the offensive line, and that could mean the Panthers feast and never let Joe Flacco get comfortable in this game. Carolina also might have an easier time throwing the ball with the corner issues, but Smith practiced in full on Thursday and Friday and figures to play. The Panthers will be down one secondary part of their passing game with Smith sidelined, but I don’t think that’ll make too much of a difference with their ability to move the ball. The question is whether they can find consistent success against a top-tier Ravens defense. Cam Newton was limited all week with a shoulder issue but avoided a final injury tag for this matchup.

The Colts continue to deal with a lot of injuries, particularly on the offensive side. Mack missed practice Thursday but returned to a full practice on Friday before earning a questionable designation. Vinatieri and Sheard also practiced in full on Friday despite being listed as questionable. The Raiders came out of the bye with just Osemele as an injury concern, but he was upgraded to a limited practice on Friday. Worley popped up on the injury report for the first time Friday as limited, and he’ll be a game-time call.

The 49ers will be down one receiver with Garcon likely sidelined, but rookie Dante Pettis (knee) appears good to go after missing three weeks of action. That Breida has a shot of playing after another ugly injury on Sunday is pretty incredible, but we’ll see how he looks in pregame. The Cards have severe injury issues at guard, where starters Iupati and Pugh were limited all week. Peters was downgraded to DNP and Gresham popped up on the injury report as limited on Friday, so those players are trending the wrong direction.

The Packers come out of their bye much healthier across the board, and they avoid having any of their defensive players even questionable for this matchup. Cobb was listed as questionable, but he managed to practice in full on Friday, which gives us an optimistic outlook on his availability here. Kupp is set to miss another game for the Rams, but defensive linemen Michael Brockers and Ndamukong Suh are good to go after practicing in full on Friday.

The Saints come into this game healthy, with Loewen a potential game day inactive even if 100 percent and no one else on the injury report with health issues. The Vikings will keep rolling out Latavius Murray as their feature back with Cook sidelined, and while Reiff is a big loss for the offensive line, the more concerning issue is on defense, where Barr and Sendejo have been ruled out and Rhodes hasn’t practiced all week. On the plus side, it looks like the defensive line is getting back Everson Griffen (NIR), who wasn’t given a final tag after returning to the team this week. 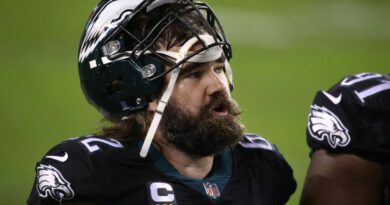 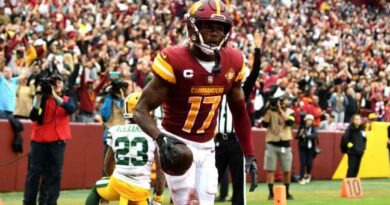 His journey was different: How Terry McLaurin became one of NFLs highest-paid receivers