Week 8, ladies and gentlemen, is what we call a regression to the mean.

Week 7 was the most chaotic weekend of the college football season. So it was only natural for things to settle down the following Saturday. The only game to emphatically change the landscape was Purdue’s shocking 49-20 beatdown of Ohio State. But, on to better things. We’re entering the best part of the season when outcomes, including upsets, mean just a little bit more.

Each week, I’ll give you the top five upset alert games based on matchups, injuries/suspensions and other factors. Disclaimer: “upset” is defined first and foremost by the point spread, not perception or rankings, though they are both taken into consideration. I generally avoid games whose lines are within a touchdown with exceptions being made for cases that warrant them. I’m also going on the record with the picks and keeping tabs. The scoring system is exactly the same as it is for our weekly expert picks with season-long tallies against the spread (ATS) and straight-up (SU).

On to this week’s picks …

No. 25 Appalachian State at Georgia Southern

Why it’s listed: App State is finally in the top 25. And it’s rewarded with a road game on a short week against a team that runs the option. Enjoy!

Georgia Southern’s key to the game: Can it grind this game out? Appalachian State has the Sun Belt’s most potent offense, leading the conference in points per game and yards per play — but actually runs the least number of plays of any team in the conference. That should tell you how efficient and dangerous it is. Georgia Southern can score, too, but a shootout is more likely going to benefit App. State.

Appalachian State’s key to the game: Defending the option is all about discipline. App. State has the best run defense in the Sun Belt, but playing this offense is a different beast. Plus, when Georgia Southern does throw it, which is only about seven times a game, it’s brutally effective at it (10.2 yards per attempt, four touchdowns, no picks and a 170.78 rating). This will test just how good the Mountaineers are.

Pick: What would college football be without a little midweek #FunBelt chaos? Both teams are very good, but this is a natural spot for a scheduling loss for the Mountaineers. ATS: Georgia Southern, SU: Georgia Southern

No. 20 Wisconsin at Northwestern

Why it’s listed: Nothing would be more quintessentially Northwestern than narrowly escaping Rutgers by a wild score of 18-15 only to follow it up by giving Wisconsin a run for its money (except beating Notre Dame in Week 10). The Wildcats, for what it’s worth, are 3-0 against the spread as dogs this year.

Northwestern’s key to the game: The Wildcats can’t run the ball, so their version of possession football is through the air. That may be just as well anyway. Not many teams are capable of outmuscling the Badgers in the trenches. However it does it, though, holding serve is important in this game. Wisconsin is too good for Northwestern to try to come from behind like it did against Rutgers and Nebraska.

Wisconsin’s key to the game: A noon road kickoff can mean a sleepy start for the Badgers, who can be a mixed bag in terms of starting fast. But if this game was, say, 20-3 at halftime, Northwestern probably doesn’t have the firepower to make a comeback against a good possession team like this.

Pick: This seems like a classic Big Ten rock fight seeing as the point total is at 51, but the Badgers have been hitting the over consistently lately. They should have enough muscle to wear down Northwestern toward the end. ATS: Northwestern, SU: Wisconsin

Why it’s listed: A battle of top-10 teams wouldn’t spark a huge upset, but it fits the touchdown rule. Also, it would open up the gates for the SEC East race. Florida, Georgia and Kentucky are in a three-way tie atop the East at 4-1. Georgia plays both in back-to-back weeks.

Florida’s key to the game: The running game of Jordan Scarlett and Lamical Perine needs to get going right away. That’ll open up lanes downfield for quarterback Feleipe Franks, and the receiving unit has shown up in big moments before. But none of that works without Scarlett and Perine playing up to the moment.

Georgia’s key to the game: Quarterback Jake Fromm needs a bounce-back game. Heck, Georgia’s offense does. Heck, Georgia as a team does. But when you boil it down, the Bulldogs lacked identity and creativity in the loss to LSU by trying to do too much with Fromm and Justin Fields. Having an extra week to prepare should help with that.

Pick: The Gators are perfect against the spread this season as dogs and away from Gainesville. Yes, rivalries are hard to predict sometimes, but Florida’s defense is good enough to keep them in this. Now, does the offense have the explosiveness to get it over the edge? ATS: Florida, SU: Georgia

No. 12 Kentucky at Missouri

Why it’s listed: Remember that the spread, not the rankings, are the first indicator of an upset. Although, this is interesting any way you slice it. If Kentucky wins, it is by Vegas’ definition an upset. However, how often do you see the No. 12 team as a touchdown dog against an unranked opponent?

Kentucky’s key to the game: We know the Wildcats defense is for real. Only one team — Texas A&M — has scored three touchdowns on Kentucky, and that required overtime. This will easily be the best offense Kentucky’s faced all season. But if Mizzou can score, Kentucky hasn’t shown the ability to replicate.

Missouri’s key to the game: The longer this game stays on the low-scoring side, the better chance Kentucky has. The Wildcats love the under and the point total is at 54.5. Maybe Mizzou needs a non-offensive touchdown to get there, but anything above 24 points might do the trick.

Pick: The knock on Missouri is that it can’t win the big game. And, indeed, the Tigers haven’t won against a top-25 team since 2014. But while Kentucky’s defense is legit, so is quarterback Drew Lock. He’s a difference-maker here and Missouri gets a win against a one-sided team. ATS: Kentucky, SU: Missouri

Why it’s listed: The NIttany Lions are the home favorite, but Iowa has been the team playing better lately. In their last two games, both teams have played opponents whose combined record are 8-7. Iowa’s point differential is +49. Penn State’s is +2. The great equalizer is that both teams have also blown it against favored divisional rivals — Wisconsin and Ohio State, respectively.

Iowa’s key to the game: The Hawkeyes have the best defense in the country in terms of keeping things in front of them. They’re No. 1 nationally in S&P+ in preventing explosive plays and tied for No. 2 nationally in plays of 20 yards or more allowed. Against the combination of quarterback Trace McSorley and running back Miles Sanders, those stats will be key.

Penn State’s key to the game: Surprise, but late-game situations have not been Penn State’s strength this season, and this one could come down to the wire. The one thing Penn State does have, though, is a proven track record with McSorley when it absolutely needs a play. So maybe have the ball last?

Pick: Indiana was probably Penn State’s chance at a get-right game, and it had to survive and advance. After this matchup is a road trip to Michigan and then a follow-up against Wisconsin. This is a tough stretch and some warts might end up costing the Nittany Lions. ATS: Iowa, SU: Iowa

What college football picks can you make with confidence in Week 9, and what title contender will go down hard? Visit SportsLine now to see which teams are winning more than 50 percent of simulations, all from a proven computer model that has returned over $4,000 in profit over the past three seasons. 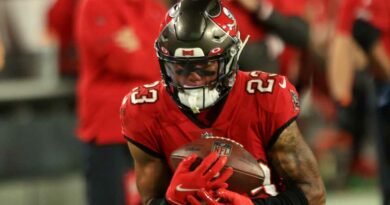 The NFL’s pass-interference problem: What makes replay review so tricky 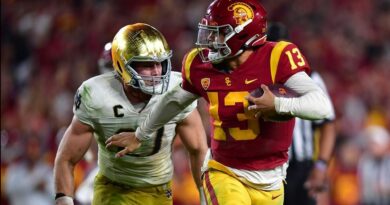