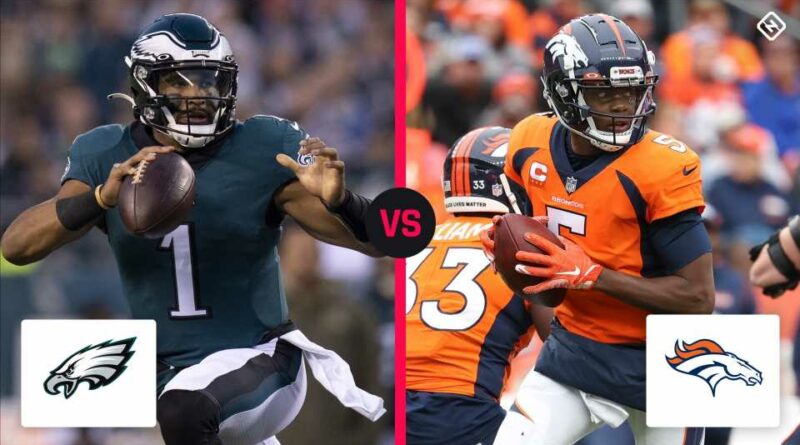 The Denver Broncos aren’t dead yet. After a 3-0 start to the season, four straight losses convinced everyone that it was a mirage. Then, the Broncos beat the Washington Football Team and Dallas Cowboys in back to back weeks to claw back to 5-4, just half a game back in a completely knotted AFC West. For the third straight week, they’ll play an NFC East team in the Philadelphia Eagles, who are second in the division despite a 3-6 record.

The Eagles have shown flashes of brilliance throughout the season. They’ve been able to stay competitive against the likes of the Buccaneers and the Chargers, but they just can’t seem to close out teams who are better on paper. The offense still looks like it’s finding itself under Jalen Hurts, who isn’t making backbreaking mistakes but isn’t dazzling either. The result is a team that is hard to figure out, one that isn’t as bad as its record but it’s hard to imagine being much better.

This game has a lot of potential to be the type of grind-it-out football people claim to like. Teddy Bridgewater and Hurts are two quarterbacks who generally won’t lose you games, but there is a clear defensive disparity. The Broncos are sixth in the NFL in total defense, where the Eagles are 15th. The Broncos are also giving up 17 points per game to the Eagles’ 24, so Hurts will have to play well against a defense that just made Dak Prescott look extremely confused last week.

For the Eagles, DeVonta Smith is coming off of one of his best games as a pro, catching five passes for 116 yards and a touchdown, his second of the season. Smith and Hurts haven’t always had a perfect connection, but perhaps they’ll be able to cement some consistency in Empower Field at Mile High.

Here’s what you need to know to watch Eagles vs. Broncos this Sunday, including kickoff time, TV channels, and the full Week 10 NFL schedule.

What channel is Eagles vs. Broncos on today?

Greg Gumbel and Adam Archuleta will have the mics on this game for CBS.

You can find the Eagles’ away broadcast on SiriusXM channel 383, while the Broncos’  home broadcast airs on channel 228.

In Canada, viewers can watch Eagles vs. Broncos on DAZN, which includes every NFL game as part of a 30-day free trial.

Those in the Rocky Mountain region and Philadelphia area will get this game on CBS and Paramount +, while the rest of the country gets Seahawks vs. Packers in the Game of the Week.