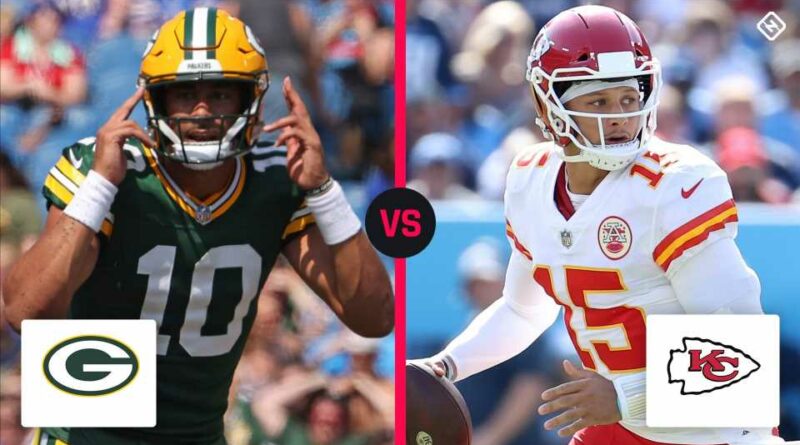 America’s Game of the Week features a quarterback battle that could have been between the Kansas City Chiefs and Green Bay Packers: Patrick Mahomes vs. Aaron Rodgers.

Instead, Mahomes will be squaring off against Jordan Love, who is  making his first career start for the Packers with Rodgers out after testing positive for COVID-19. The Packers are coming off of an emotional Thursday Night Football win over the Arizona Cardinals, in which a game-clinching interception knocked off the last undefeated team in the NFL.

The Packers have been scorching hot since the Week 1 drubbing they took at the hands of the New Orleans Saints. They’ve won their last seven games, and their defense hasn’t given up more than 22 points since Week 3. With Rodgers, that’s more than enough to win. With Love, it may have to be even better against a Chiefs offense that, while struggling, can still break out at any time.

The Packers do, however, have other things in their favor. They’re second in the league in turnover differential at +8, while the Chiefs are tied with the Jacksonville Jaguars for worst differential in the NFL at -11. If the defense can create those opportunities, even without Rodgers, they can absolutely stay competitive in this game. If the game becomes a ball control battle, that will favor the Chiefs, particularly in the raucous atmosphere of Arrowhead Stadium

Even with their struggles, the Chiefs are 4-4, just a half game back of the Chargers for second in the AFC West. Their losses have come against the Tennessee Titans, Buffalo Bills, Los Angeles Chargers and Baltimore Ravens. Conversely, their wins are against the Cleveland Browns, Philadelphia Eagles, Washington Football Team and New York Giants. Their next two opponents after the Packers are the Raiders and the Dallas Cowboys before a bye, so things aren’t getting easier either. While this isn’t a must-win game for the Chiefs, the reality is they need to start showing they can beat strong competition if they’re going to compete in a deep AFC.

Here’s what you need to know to watch Packers vs. Chiefs this Sunday, including kickoff time, TV channels, and the full Week 9 NFL schedule.

What channel is Packers vs. Chiefs on today?

The game will, naturally, be called by Joe Buck and Troy Aikman. Erin Andrews and Tom Rinaldi will be on sideline reporting duty, while Dean Blandino pops in from New York with rules analysis.

You can find the Packers’ away broadcast on SiriusXM channel 385, while the Chiefs’  home broadcast airs on channel 227.

In Canada, viewers can watch Packers vs. Chiefs on DAZN, which includes every NFL game as part of a 30-day free trial.

Packer vs. Chiefs is scheduled to kick off at 4:25 p.m. ET (3:25 p.m. CT) from Arrowhead Stadium. Most of the country will be watching this game, with only Arizona and Northern California getting Cardinals vs. 49ers instead. 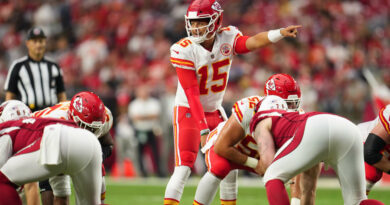