Home » NFL » What channel is Panthers vs. Texans on today? Schedule, time for NFL ‘Thursday Night Football’ in Week 3

For the first time this season, the channel for “Thursday Night Football” is remaining consistent. The Panthers vs. Texans Week 3 game will air on NFL Network, as it did during Week 2.

In Week 1, NBC carried the NFL’s Thursday night game. However, it was technically a part of their “Sunday Night Football” package. But in Week 3, Carolina and Houston will square off at 8:20 p.m. ET with the game airing on NFL Network.

The Panthers are favored to win this one. The Texans are going to be without both Tyrod Taylor (hamstring) and Deshaun Watson (not injury-related). Davis Mills, a third-round pick in the 2021 NFL Draft, will make his first start for Houston.

That will give Carolina an advantage at quarterback. Sam Darnold has played well so far now that he’s away from Adam Gase and the Jets. He should continue to do so against a Texans defense that had its share of issues against Cleveland and will have trouble covering the likes of Christian McCaffrey, D.J. Moore and Robby Anderson.

Below is everything to know about tonight’s broadcast of the Week 3 game featuring the Panthers and Texans, plus the complete schedule for Week 3 of the 2021 NFL season.

WEEK 3 NFL PICKS: Against the spread | Straight up

What channel is Panthers vs. Texans on today?

NFL Network will be the exclusive host of “Thursday Night Football” for the second consecutive week. They will continue to be the exclusive broadcaster of the event through Week 4 of the 2021 NFL season. Then, there will be multiple options with which to view the game.

Fox and NFL Network will simulcast the game together starting in Week 5. That will allow those with basic cable packages to catch the action on Fox. Meanwhile, Amazon Prime will begin streaming the games in Week 5. These three services will carry “Thursday Night Football” through the remainder of the program’s season, which comes to an end in Week 17.

Most United States cable providers carry the NFL Network. It also is available via satellite provider DirecTV (channels 212 and 1212) and IPTV providers Verizon FiOS (channels 88 and 588) and Google Fiber (channel 2019).

Panthers vs. Texans will kickoff at 8:20 p.m. ET, as will all Thursday night games throughout the 2021 NFL season. There will be a pregame show that begins at 7:30 p.m. on NFL Network and plenty of other coverage ahead of the game as well.

Houston is in the central time zone, so the game will begin at 7:20 p.m. in that locale.

NFL Network will be broadcasting the first game of Week 3. As a result, the game will be available to stream live free on the NFL App and Yahoo! Sports App for those with cable/satellite subscriptions.

Meanwhile, cord-cutters will have plenty of options to watch Panthers vs. Texans. They are as follows.

The Panthers and Texans will kickstart Week 3 of the 2021 NFL season, as Carolina and Sam Darnold look to improve to 3-0 over Davis Mills and the Texans. There are seven 2-0 teams left standing across the NFL, and two will be facing off in Week 3 — the Buccaneers and Rams. That will be the best game of the week and will mark Tom Brady’s first NFL game played in Los Angeles.

The “Sunday Night Football” matchup between the Packers and 49ers looks appetizing as well. The Packers have played poorly against the 49ers in recent years, so Aaron Rodgers and Co. should be motivated for that one.

Below is the full schedule for Week 3 of the 2021 NFL season.

Alabama, Arkansas State athletes are the latest to test positive for COVID-19 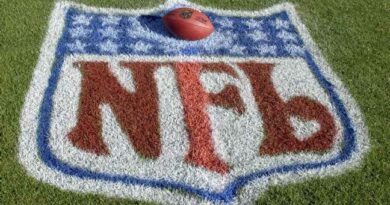