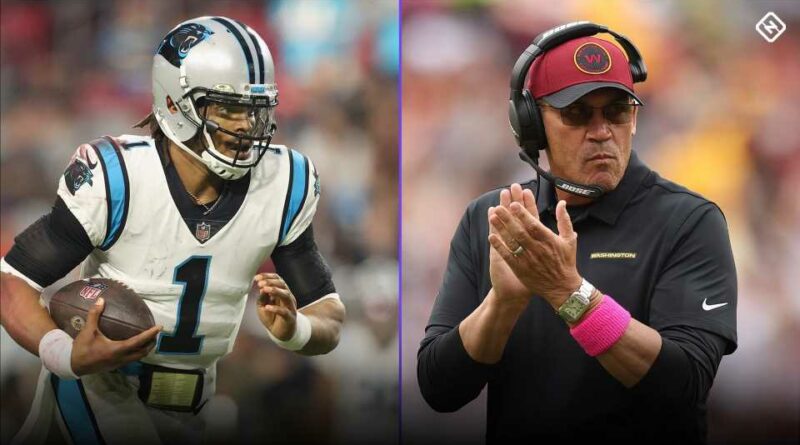 This Carolina Panthers team might have some life! Cameron Newton injected a shot of adrenaline into the Panthers offense on Sunday against the then-NFC-leading Cardinals, scoring touchdowns on his first two plays. That overshadowed a quiet, efficient performance from quarterback Phillip Walker, who completed 22 of 29 passes for 167 yards. The Panthers will look to build off of their 34-10 win against the Washington Football Team, who are coming off a surprising win over the Tampa Bay Buccaneers and Tom Brady.

Washington had Brady looking utterly lost last week, goading him into two interceptions and very nearly getting a third. Taylor Heinicke completed 26 of 32 passes and didn’t turn the ball over, turning in his best performance since Week 4. The job doesn’t get much easier this week against a Panthers defense that has unquestionably suffered lapses at times, but is generally very good.

The biggest difference for the Panthers, of course, isn’t Newton. Rather, it’s the implementation of Christian McCaffrey. The always-great-when-healthy running back picked up 95 yards on 13 carries last week, and tagged on an additional 66 yards on 10 catches. McCaffrey is one of the top 10 backs in the league when healthy, the question of course is whether or not the Panthers can look for other sources of offense to keep him that way. They may have to ask more of Walker against Washington, who are fifth in the league against the run.

The inverse holds true for Washington, as they face a Panthers defense that is second in the league against the pass. Antonio Gibson ran the ball well against the Buccaneers last week — Washington may need a similar performance to keep the pressure off of Heinicke against a staunch Panthers secondary that has been bolstered by the addition of Stephon Gilmore.

Here’s what you need to know to watch Washington vs. Panthers this Sunday, including kickoff time, TV channels, and the full Week 11 NFL schedule.

What channel is Panthers vs. Washington on today?

Panthers vs. Washington will be broadcast regionally on Fox affiliate channels in Week 11. Kevin Kugler and Mark Sanchez have the booth for this game, with Laura Okmin taking the sideline.

You can find Washington’s away broadcast on SiriusXM channel 384, while the Panthers’ home broadcast airs on channel 229.

In Canada, viewers can watch Panthers vs. Washington on DAZN, which includes every NFL game as part of a 30-day free trial.

Panthers vs. Washington is scheduled to start at 1 p.m. ET. This game will be broadcast throughout most of Appalachia, dovetailing into the South with Georgia and Alabama.

Reich: Vinatieri one of 'mentally toughest' to ever play