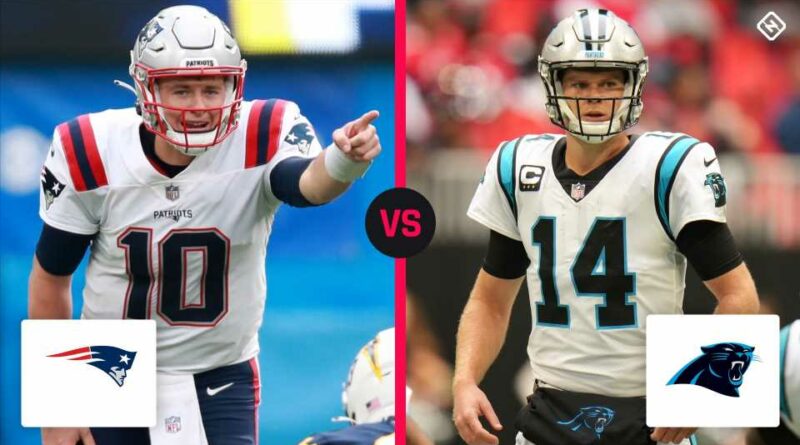 The New England Patriots and Carolina Panthers appear to be two teams moving in very different directions. Where the Patriots have won three of their last four games, including a strong win in Los Angeles over the Chargers, the Panthers have lost three of four, snapping a three-game losing streak to the Atlanta Falcons last week. With both teams sitting at 4-4, the Patriots and Panthers will square off in an inter-divisional matchup to get above .500 on CBS.

Quarterback play has been a divergent point for these two teams. Where Sam Darnold has hit a skid in recent weeks, Mac Jones is looking poised and consistent as a rookie. He had a quiet week against the Chargers in the Patriots’ 27-24 win, but he didn’t make the crippling mistake that can lose teams close games. Darnold, meanwhile, has two touchdowns to five interceptions in the Panthers’ last four games, a major contributor to their struggles.

Both teams’ divisions make staying above .500 a key storyline to this game. The Patriots are chasing the Buffalo Bills, who are 5-2 and first in the AFC South in what’s felt like an up and down season. The Panthers are battling the Tampa Bay Buccaneers and New Orleans Saints, both of whom are proving to be extremely difficult to keep up with at 6-2 and 5-2, respectively. The Panthers also pushed their chips in early this season, trading for Stephon Gilmore, who made an immediate impact in the Panthers’ 19-13 win last week with a game-clinching interception against the Atlanta Falcons.

This game will, of course, mark Gilmore’s first game against his former team. The gravity of the matchup is not lost on Gilmore, who said on a call to reporters Wednesday that he “just didn’t like how [the Patriots] handled my situation with my injury,” according to ESPN.

Here’s what you need to know to watch the Patriots vs. Panthers this Sunday, including kickoff time, TV channels, and the full Week 9 NFL schedule.

What channel is Patriots vs. Panthers on today?

Greg Gumbel, Adam Archuleta and A.J. Ross will be on the call for CBS, with former official Gene Steratore providing analysis on calls from New York.

You can find the Patriots’ away broadcast on SiriusXM channel 384, while the Panthers’ home broadcast airs on channel 286.

In Canada, viewers can watch Patriots vs. Panthers on DAZN, which includes every NFL game as part of a 30-day free trial.

New England vs. Carolina is slated for a 1 p.m. kickoff, part of an eight-game early slate for the NFL. The Carolinas and the U.S. Northeast will be watching this game, while much of the country is slated to watch Bengals vs. Browns in the 1 p.m. slot. 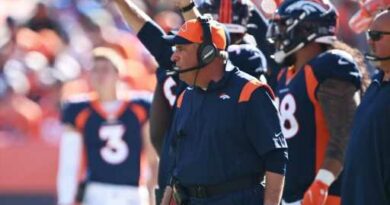 Patterson apologizes for ‘unacceptable’ use of slur