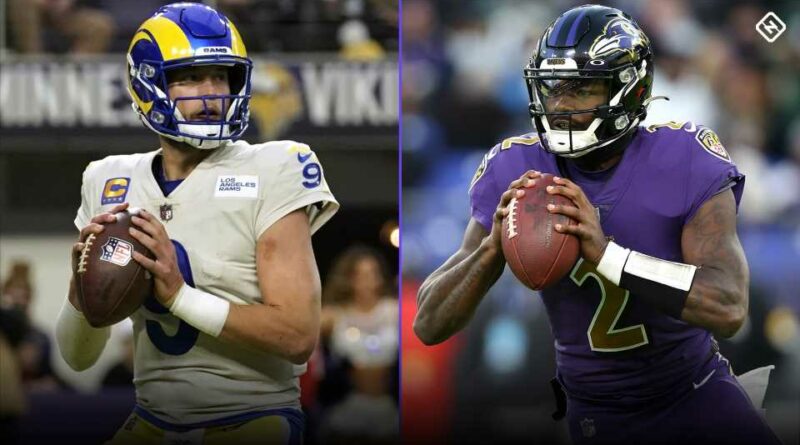 The Los Angeles Rams rebounded in a big way from a winless November in December. They had a get-right game against the Jaguars and never looked back, winning four straight games to get back to the top of the NFC West. Despite a brutal performance from Matthew Stafford against the Vikings, Sony Michel, the defense, and special teams were able to help pull out a 30-23 win for Los Angeles. It’s a testament to the depth of the Rams that they can win despite three picks from their quarterback.

With that being said, that won’t fly against a team built like the Ravens, who thrive off of opponents’ mistakes. However, the Ravens have dropped four straight games, with three of those losses coming against division rivals. That won’t cut it in a race as tight as the AFC North, and they’ve now found themselves 8-7 on the outside looking in of the AFC playoff picture. Where it looked at one point like the division was theirs to lose, the wheels completely fell off for the Ravens in December, so they’re now playing for their playoff lives while also hoping for help.

Of course, the Ravens have had the deck stacked against them. The team has been embattled by COVID and injuries, and third stringer Josh Johnson started last week against the Bengals with Lamar Jackson out with an ankle injury and Tyler Huntley out due to COVID. A team led by Joe Burrow clearly has the advantage in that matchup, and when the Ravens go down early they’re forced to go against-type. That’s always been the concern with Baltimore, and we’ve watched it come to fruition over the course of this losing streak.

Jackson returned to practice for the Ravens on Wednesday, but a noticeable limp had him limited and he missed Thursday and Friday’s practices. While the Ravens would love to get him back on the field, a Jackson who can’t run doesn’t open the offense up that much. But with Sunday being effectively a must-win game for the Ravens, it would behoove them to have their former MVP on the field if possible. If he can’t play, Huntley should be a go for Baltimore.

Here’s what you need to know to watch Rams vs. Ravens this Sunday, including kickoff time, TV channels, and the full Week 17 NFL schedule.

What channel is Rams vs. Ravens on today?

Rams vs. Ravens will be broadcast regionally on local Fox channels in Week 17. Joe Davis and Greg Olsen will be calling this game in Fox’s early slot, while Pam Oliver is on the sidelines. Mike Pereira will provide Fox’s rules analysis.

You can find the Rams’ away broadcast on SiriusXM channel 386, while the Ravens’ home broadcast airs on channel 231.

In Canada, viewers can watch Rams vs. Ravens with a subscription to DAZN, which includes every NFL game.