Home » NFL » What is the lowest-scoring Super Bowl in NFL history? 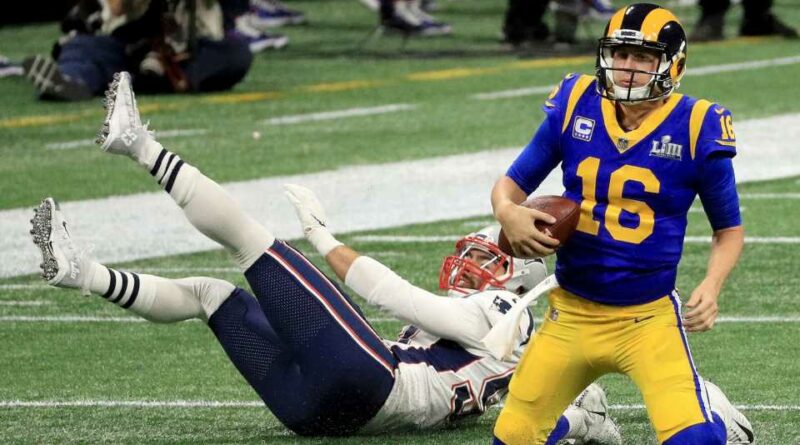 Human beings like points. It doesn’t really matter the sport — a game with more scoring can frequently be viewed as more entertaining. Who cares that “defense wins championships,” because points attract viewership.

The NFL is likely happy overall, then, with scoring trends in the Super Bowl. Over time, scoring has trended upward in the big game. That hasn’t stopped there from being some mightily low-scoring outcomes in the final game of the NFL season.

MOST SUPER BOWL WINS: By team | By player | MVPs

We’re only a couple years removed from the lowest-scoring Super Bowl in NFL history. That would be Super Bowl 53 (LIII), played on Feb. 3, 2019 between the Patriots and Rams. New England won that night, 13-3, a combined total of 16 points easily taking the record for Super Bowl scoring futility.

That night’s scoring was made up of three field goals and one Sony Michel rushing touchdown. Tom Brady claimed his sixth ring but didn’t do much to earn it, throwing for 262 yards, no touchdowns and one interception. Jared Goff was even worse, throwing for 229 yards with a pick.

Emphasizing just how poor the offense was in Super Bowl 53 are the names below it in the ranking below. The next six lowest-scoring Super Bowls all came within the first nine iterations of the big game, before the NFL had changed many of its rules to benefit offenses. Maybe that means we can call the Patriots’ 2019 win over the Rams old-school? It’s a more flattering, but maybe less accurate, term than boring.

These are all 54 Super Bowls prior to the 2021 edition, ranked in reverse order of combined points scored.