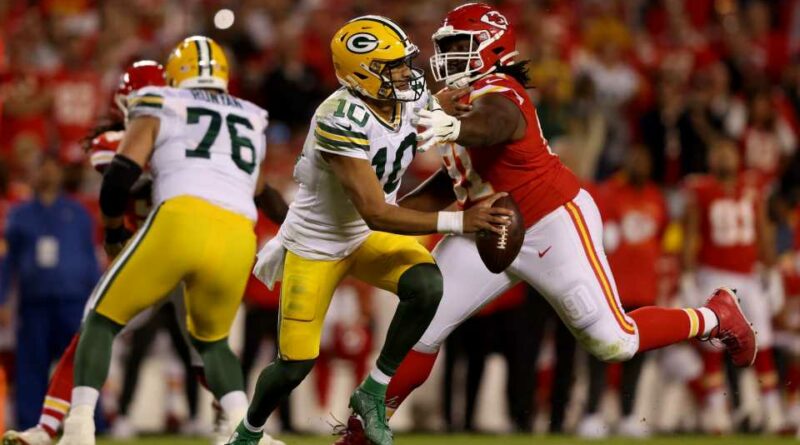 Jordan Love was thrown into an incredibly difficult position to make his NFL debut.

Love did not even know he would be the Packers’ starting quarterback on Sunday until Wednesday, when Aaron Rodgers tested positive for COVID-19, and he had just a few days to prepare to face the Chiefs.

Still, the debut was unspectacular. Love completed just 19-of-34 passes for 190 yards, a touchdown and an interception. He was sacked once for 11 yards and rushed five times for 23 yards. The Packers suffered their second loss of the season, falling 13-7 to Kansas City.

And considering the defense he played, that wasn’t great. The Chiefs had allowed the fifth-most passing yards in the league coming into the game, had the sixth-most passing touchdowns allowed and had the second-fewest sacks.

Packers fans have grown accustomed to greatness in recent years, having gone directly from Brett Favre to Aaron Rodgers. Love’s debut didn’t exactly inspire confidence that he’ll be a third straight Hall of Famer, but it was just one start, and he still has plenty of time to prove he can be the guy after Rodgers leaves.

What to make of Love’s debut

Take a look at his passing chart from NFL Next Gen Stats:

The first thing that stands out is Love’s reluctance to pass the ball deep. He attempted just 11 passes 10 or more yards down the field and he completed four, one for a touchdown, and threw an interception. For the most part, he kept his passes within five yards.

According to ProFootballFocus, his average depth of target was just 7.8 yards.

And from nowhere on the field were any of his passes particularly good. ProFootballFocus gave him a passing grade of 29.2 and said he had no big-time throws compared with three turnover-worthy throws.

Part of the problem for Love was the pressure he faced. The Chiefs clearly knew that facing a young quarterback would keep him uncomfortable to dial up the pass rush. And that’s exactly what they did. Love faced 19 total pressures on 39 drop backs and he was blitzed on 53.8 percent of his drop backs, according to ProFootballFocus. When blitzed, he completed just 38.9 percent of his passes.

It should also be noted that in his debut he was still surrounded by Green Bay’s stable of weapons. Aaron Jones was in the backfield, Davante Adams was back, as was Allen Lazard and Marquez Valdes-Scantling. There were no dropped passes and every receiver who caught a pass had a receiving grade at 50 or above, according to ProFootballFocus.

Love might have been thrown into his first start rather abruptly, but the circumstances were still there for the Packers’ 23-year-old quarterback to perform better.

What does this mean for the Packers long-term?

It would be a bit rash to jump to an immediate conclusion about Love’s long-term prospects based on a single start.

But it is worth at least taking a look at how his debut compared to that of previous quarterbacks. His 69.5 quarterback rating in his first start was eighth-best all-time among Packers, according to Stathead. Here’s a look at the quarterbacks with a better debut than Love.

That certainly isn’t bad, but there isn’t much of a history of QB success for quarterbacks with a first start rating below 80 in Green Bay’s history. Only Tobin Rote, who made his first start on Sept. 17, 1950, started more than 50 games for the Packers after posting a quarterback rating below 70 in his debut. He had a rating of 10.4 in his first start and went on to pass for 11,535 yards in 73 games with 89 passing touchdowns and 119 interceptions.

Few QBs even went on to have a full season’s worth of starts after having a worse debut than Love. Only Randy Wright, David Whitehurst and Carlos Brown started more than 16 games, and none finished their career with more touchdowns than interceptions.

However, Favre, Rodgers, Starr and Majkowski were also the only quarterbacks with a better debut to start long-term for Green Bay, and three of them are, or will be, Pro Football Hall of Famers.

So this is, of course, not to say that Love can’t be a long-term starter for the Packers. It was only his first start. Patrick Mahomes had a quarterback rating of 76.4 in his first start as he completed 62.9 percent of his passes for no touchdowns, an interception and 284 passing yards.

Love’s debut, in the grand scheme of things, was neither great nor horrible. He scored a touchdown, but being placed under center of a talented offense against a very suspect defense, he didn’t exactly inspire confidence.

Green Bay has been spoiled to transition from one great to another. Before Packers fans start clamoring for a new face in Green Bay, they might want to at least be prepared that Love isn’t going to be another Favre or Rodgers. 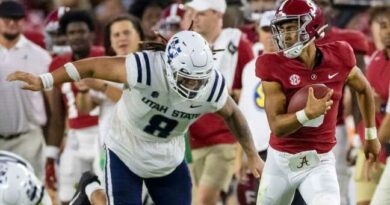 10 NFL QBs with the most to prove in 2021, from Carson Wentz to Tua Tagovailoa

Bills mock draft 2020: Buffalo adds depth across roster despite no Round 1 pick