Home » NFL » When is the next Manningcast? Full TV schedule for ‘Monday Night Football’ after Week 9 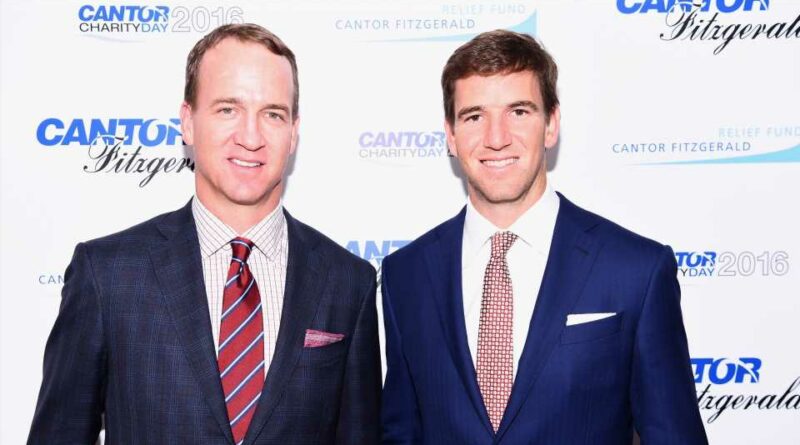 The Manning brothers will not be on air in Week 9 for their ESPN2 “Manningcast.”

After two consecutive weeks of the broadcast, the Manning brothers are taking a break for Week 9. They plan to broadcast 10 out of the 17 “Monday Night Football” games, and so far they’ve broadcasted during five of the nine.

Here’s everything you need to know about how to watch the Manning MegaCast in 2021 and why ESPN chose to debut the program this season.

When is the next Manning brodacast?

Peyton and Eli will not be broadcasting during Week 9’s Steelers vs. Bears “Monday Night Football” game. ESPN has yet to announce when the Manning brothers will make their return this season.

The Manningcast will be back for five more games this season, though. Their deal is to broadcast during 10 MNF games this year, and through eight weeks, they’ve only broadcasted during five weeks.

How to watch Manning brothers on ‘Monday Night Football’

“Monday Night Football with Peyton and Eli” will air on ESPN2 during the weeks it is on. It will also be simulcast on ESPN’s streaming service, ESPN+, which has several subscription options. You can view them all below.

IYER: Why ESPN’s Manning broadcast is only right way to watch ‘MNF’

Why Peyton and Eli are on ‘Monday Night Football’

“Offering multiple Monday Night Football viewing options for the next three seasons continues our innovation efforts and provides additional value for our fans,” chairman of ESPN and sports content Jimmy Pitaro said, via a press release. “Peyton and Eli will bring a different approach, delving into conversation about broader, big-picture topics while also honing in on the game, much like fans do when watching with their family and friends.”

The two former NFL quarterbacks get to provide their commentary and bring on special guests from the comfort of their own homes. They typically bring one guest on per quarter, and the guests normally have a connection to the teams playing.

After the show’s first week, the Manningcast saw a 132 percent increase of viewership for the second week, bringing in 1.86 million viewers on ESPN2 and ESPN+.

The Manningcast will return for five more games this season, although those shows have not been announced yet.

* Denotes games that have had a Manningcast.