Home » NFL » Where will QBs go in Days 1, 2 and 3 of the NFL draft? We made two seven-round projections 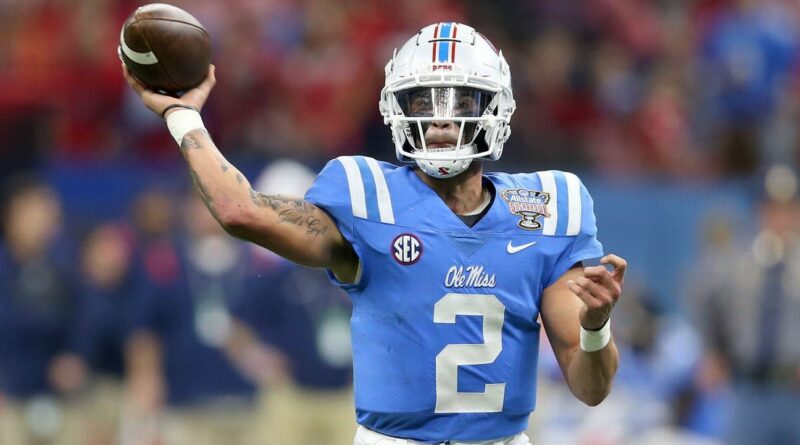 The quarterback class for the 2022 NFL draft is considered to be weaker than it has been in years, with potentially no signal-caller picked in the top 10. Still, quarterback is one of the most important positions in all of sports, and every team is trying to find its guy for the future, even if that takes overdrafting him.

The Detroit Lions (pick Nos. 2 and 32), Carolina Panthers (6) and Pittsburgh Steelers (20) are the favorites to take one in the first round, but there could be others. There will also be quarterbacks off the board on Days 2 and 3 who end up starting NFL games. Just last year, the Texans might have found their guy with a third-round pick, as Davis Mills flashed some talent while throwing 16 touchdown passes and 10 picks in 11 starts.

Where will the quarterbacks go in this year’s draft? That’s what NFL draft analysts Matt Miller and Jordan Reid set out to do below, with full, seven-round projections for the quarterbacks. They each matched prospects with teams from Rounds 1-7, ending up with 10 signal-callers, which matches the number from last year. The 2022 draft won’t hit five in the first round like 2021, but teams could still get their starters of the future.

Where do Malik Willis and Kenny Pickett make sense in Round 1? Who could be a Day 2 steal? Why is Sam Howell’s range so large? And why did both Miller and Reid match Washington with the same guy in Round 4? Here are two different scenarios for how the quarterbacks will come off the board:

NFL live streams: How to watch 2021 games for free without cable