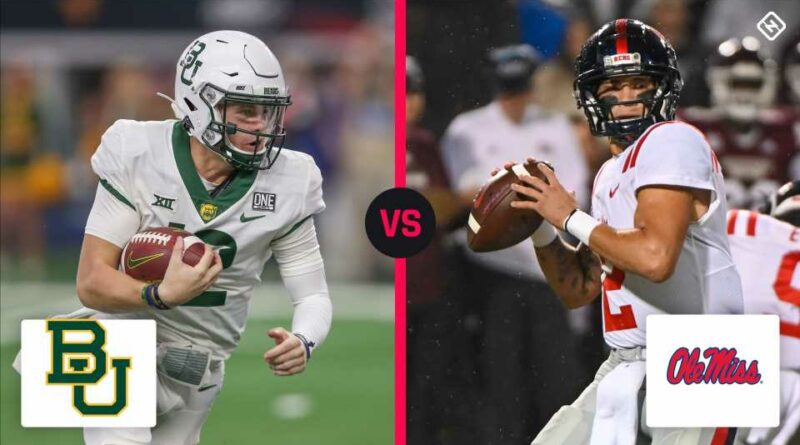 When the 2021 season began, neither Baylor nor Ole Miss were ranked in the Associated Press Top 25. The Bears didn’t even receive votes.

On Sunday, with the final College Football Playoff rankings revealed, not only were both teams ranked, but each found themselves in the top 10 and in position to reach the New Year’s Six, with Baylor (11-2) occupying the No. 7 spot and Ole Miss (10-2) sitting at No. 8.

The two teams, each led by second-year coaches in Dave Aranda (Baylor) and Lane Kiffin (Ole Miss), will meet for the first time in the Sugar Bowl and only the second time in their programs’ histories.

Here’s all you need to know about the 2022 Sugar Bowl, including start time, channel and location.

The Sugar Bowl will take its place as one of the New Year’s Six on Jan. 1. It will be the last game of the day, with a scheduled start time of 8:45 p.m. ET.

Big 12 Champion Baylor will head to the Sugar Bowl to face Ole Miss, the top SEC team not included in the College Football Playoff. The Rebels last appeared in the Sugar Bowl in 2016, beating Oklahoma State 48-20. They are 6-3 all-time in the bowl game. The Bears were in the game in 2020, losing to Geogia 26-14. They are 1-1 in the game’s history.

What to know about Baylor vs. Ole Miss?

Gerry Bohanon has been the quarterback for most of the season for Baylor. In 11 games, he completed 64.3 percent of his passes for 2,165 yards, 17 touchdowns and only six interceptions. He’s also rushed 69 times for 301 yards with nine touchdowns.

Bohanon has missed the past two games due to an injury, but that hasn’t mattered for Baylor. Redshirt freshman quarterback Blake Shapen has stepped in and has performed exceptionally well. He first led his team to a win against Texas Tech with a pair of touchdown passes. In the Big 12 Championship, he completed his first 17 passes to help the Bears take a 17-3 lead at halftime, and he finished the title win with an 82.1 completion percentage, three touchdown passes, 180 passing yards and no interceptions.

No matter which QB the Bears turn to on Jan. 1, they figure to be in good shape.

Baylor’s two quarterbacks have performed well this season, but few have dominated the position in 2021 quite like Ole Miss’ Matt Corral. As he begins to practice for the Sugar Bowl, he’ll be patiently awaiting to hear if his name will be among the 2021 Heisman Trophy finalists.

With Corral at quarterback, Ole Miss had its best regular season in program history, winning 10 games for the first time before a bowl game. Corral completed 68.3 percent of his passes for 3,333 passing yards, 20 passing touchdowns and only four interceptions. He also torched defenses with his legs, rushing for 597 yards on 145 carries with 11 touchdowns.

The two reached their impressive numbers in different ways. Baylor picked off 16 passes during the season. Ole Miss was excellent at limiting interceptions, with Corral having only four, the seventh-fewest total for an FBS team.

Ole Miss opened as a 3-point favorite over Baylor, according to Fanduel Sportsbook.

Where is the Sugar Bowl being played in 2022?

The Sugar Bowl will be played in the Mercedes-Benz Superdome in New Orleans, Louisiana.

All of this year’s New Year’s Six Bowl games are televised on ESPN. 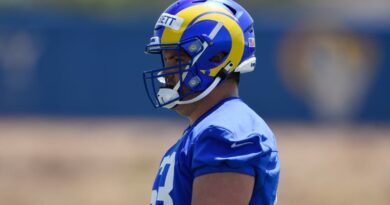