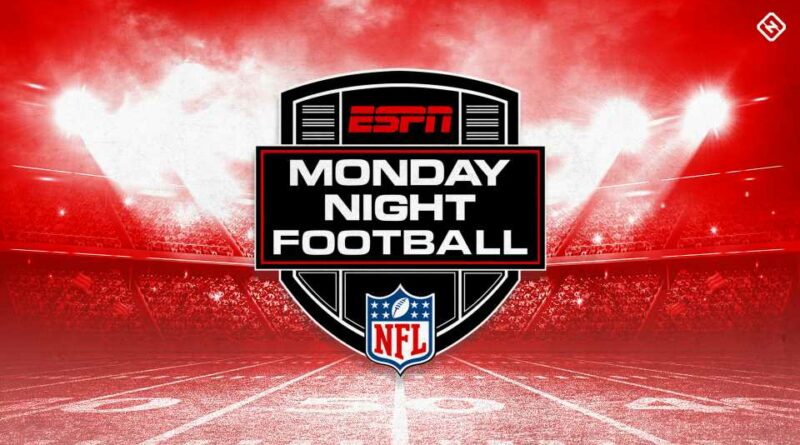 “Monday Night Football” has featured divisional matchups for three consecutive weeks. That will change during Week 5 of the 2021 NFL season, as two AFC teams will meet for the second consecutive year.

Both teams were playoff teams last season. The Colts were the first-ever No. 7 seed in the AFC playoffs after the NFL expanded the bracket last season. They snuck in during the final week of the postseason and had a decent showing against the Bills in the Wild Card round.

Now, Indianapolis will look to win its second consecutive game after starting the year on an 0-3 skid. It won’t be easy, as they’re travelling to Baltimore to take on Lamar Jackson and the Ravens, who sport a 3-1 record and have won three consecutive games.

Here is everything to know about ESPN’s “Monday Night Football” game for Week 5, including the kickoff time and more.

The Colts and the Ravens are playing on “Monday Night Football” in Week 5. It’s the 10th time that these two teams have played in Baltimore since the Ravens came into the league.

The Colts originally played in Baltimore before defecting for Indianapolis in 1984. As such, the Baltimore crowd may hold some animosity toward them for leaving. That will make this game a bit tougher on Carson Wentz and Frank Reich than some expect.

Indianapolis’ first order of business will be slowing down Lamar Jackson. He is averaging 339.1 yards of offense per game; that’s more than 12 NFL teams are averaging per game, including the Colts (320). The Colts will have to either contain Jackson or keep pace with him. Neither is ideal, but containing him is probably the safer bet.

Meanwhile, the Ravens’ defense has allowed only 170 passing yards per game in each of their last two games. Their secondary — and defense, in general — is getting healthier, so that should benefit them in their battle with Wentz and Co.

The Colts are 1-3 but are just slightly off the Titans’ pace in the weak AFC South. A loss wouldn’t knock them out of the race, but it would put them in an undesirable position. The Ravens (3-1) are engaged in a tough battle for AFC North supremacy, as both the Bengals and the Browns are off to strong starts to the season.

ESPN will broadcast the final game of NFL Week 5, as the Colts and Ravens will clash on “Monday Night Football.” Steve Levy will serve as the play-by-play announcer for the game with Brian Griese and Louis Riddick providing analysis. Lisa Salters will be the sideline reporter for the game while former NFL referee John Parry will be the rules analyst.

ESPN has offered an alternate viewing option starting Peyton and Eli Manning at times this season, but the simulcast will not be airing in Week 5. As such, the traditional ESPN broadcast will be the only way to watch the game.

Streaming audiences can watch the game on the ESPN app, using ESPN+ or by using  fuboTV, which offers a 7-day free trial .

“Monday Night Football” airs on ESPN, so it will be available to stream live on all of the company’s digital platforms (ESPN.com, ESPN App, etc.). This will be the easiest way for viewers with cable or satellite to view the game.