Home » NFL » Why are the Bengals resting Joe Burrow, starters vs. Browns? 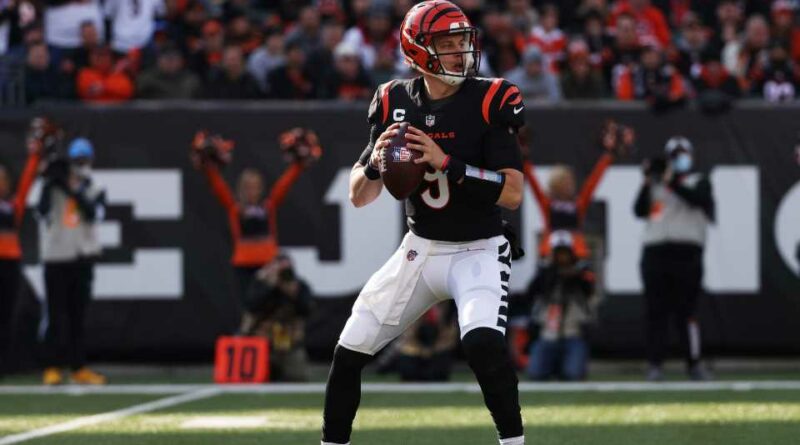 Bengals’ fans will be getting some extra football this season.

For the first time since 2015, Cincinnati is headed to the playoffs after it secured the AFC North division crown last week. It now has only one game left in what has been a magical 2021 campaign for a team that finished in fourth place for three straight seasons. That game is another clash against the AFC North rival Browns.

With the team already having locked up its position in the playoffs, the Bengals are going to be absent a number of starters on Sunday in the final matchup of the regular season.

NFL Week 18 picks: Straight up | Against the spread

Sporting News breaks down who will be sitting against the game, and why Cincinnati is making this decision.

Why is Joe Burrow sitting out vs. Browns?

The most notable inactive for the game will be Burrow. An MVP candidate this season, Burrow has been instrumental in leading the Bengals to this turnaround, particularly in the past two games as he has combined to complete 78.8 percent of his passes for 971 yards, eight touchdowns and no interceptions. Overall this year, he has completed 70.4 percent of his passes for 34 touchdowns, 14 interceptions and 4,611 yards.

However, the Bengals are now looking big picture. Burrow is the undisputed most important piece of their offense, and he has already been sacked a league-most 51 times this season. He’ll be facing a Browns’ team that features Myles Garrett, one of the league’s best pass-rushers, and a team that overall has 39 sacks on the year.

There’s also the fact that last week on one of the final plays of the game, Burrow tweaked his right knee, re-aggravating an injury he first suffered in Week 13 against the Chargers. Last season, he was limited to just 10 games after he had season-ending surgery on his left knee to repair a torn ACL and MCL.

“I can certainly say for Joe that we’ll rest him this week and make sure that he’s 100 percent ready to go,” Taylor said during his Wednesday press conference. “I know he’s felt good and can play if needed, but I just made the decision that we’re going to rest him this week.”

In Burrow’s place, the Bengals will start backup Brandon Allen, who started five games for the Bengals last season after Burrow’s injury. In those five games, he went 1-4 with a 63.4 percent completion percentage, five touchdown passes and four interceptions with 925 passing yards.

The Bengals still have the potential to place as high as No. 2 in the playoffs, but it would require the Titans to lose to the Texans on Sunday, in what would be a major upset, and for the Bills to secure the AFC East with a win against the Jets and keep the Patriots away from the division crown. Given that it is most likely Cincinnati will finish as either the No. 3 or 4 seed and host the first round of the playoffs no matter what, the incentive to play for seeding shouldn’t be as high.

There’s also the fact that much of the field remains unsettled, and the Bengals could face any of the seven playoff teams still in the playoff picture that haven’t secured the division title.

Who are Bengals resting vs. Browns?

The rest of the starters, however, remain a bit uncertain. Taylor said during his press conference that the team hasn’t had too many deep conversations about which starters will be out for the game, if any beyond Burrow.

There are, however, a few that already have been ruled out of the game. Running back Joe Mixon tested positive for COVID-19, and while he could technically return off the list in time for the game, ESPN’s Adam Schefter reported that he will not play on Sunday.

Cincinnati will also not have left guard Quinton Spain, who not only was added to the COVID-19 list, but also had an ankle sprain injury knock him out of the Week 17 matchup with the Chiefs. Taylor said during his press conference that he didn’t anticipate it would keep him out for too long, however.

Taylor also said there is a possibiility that rookie wide receiver Ja’Marr Chase might be rested on Sunday.

There were other Bengals placed on the COVID-19 list earlier in the week, and their status remains unclear on whether they will play. Among them were safety Vonn Bell, defensive end Trey Hendrickson and center Trey Hopkins. 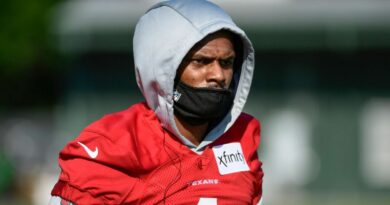