Now that Andy Dalton is starting with the Cowboys, you’ll probably see his Red Rifle nickname get brought up either on a television broadcast, or on social media. But the veteran quarterback actually doesn’t like that nickname.

Dalton has spent 10 seasons in the NFL, with his previous nine spent with the Bengals. Despite his rise in popularity as the quarterback for the Bengals, he was actually being called the “Red Rifle” back during his days at Texas Christian University (TCU).

So why is Dalton called the Red Rifle and why doesn’t he like it? We’ll go through his nickname below.

Why is Andy Dalton nicknamed the Red Rifle?

Andy Dalton’s Red Rifle nickname is pretty simple. It’s a name based on his red hair and the fact he’s a quarterback. Quarterbacks are often referred to as gunslingers, so there’s a natural gun-to-quarterback conversion going on here.

However, the gunslinger designation for a quarterback is typically reserved for someone who throws the ball deep. A rifle, on the other hand, is known for its accuracy. And while Dalton isn’t the most accurate quarterback in the world, his short yards per attempt make the rifle moniker fit.

The nickname also has a nice alliteration.

He doesn’t necessarily hate it, but his comments in 2011 made it clear he doesn’t like it, either.

Speaking with NFL Total Access, Dalton didn’t seem too happy with the name given to him.

“It’s alright. It seems like everybody is going to find a nickname with ‘red’ or something for my hair. So, the Red Rifle is alright,” he said.

What about his beef with J.J. Watt?

While Dalton initially said he didn’t like the nickname, he surely stuck up for it in 2015.

The Bengals lost a game to the Texans, and in the postgame interview J.J. Watt took a shot (pun intended) at Dalton’s nickname. Watt said the Texans’ goal in that game was “to come out here and make the Red Rifle look like a Red Ryder BB gun.”

Dalton took offense to those comments and came out with a pretty strong statement.

However, later on in the week, Dalton lightened up on his initial reaction.

“There’s no feud between me and J.J. We lost the game, he said what he said and we’re moving on,” Dalton said. “That’s in the past now.” 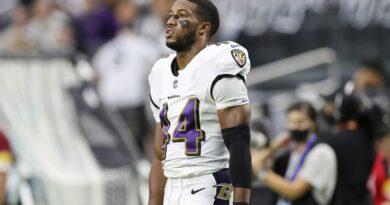 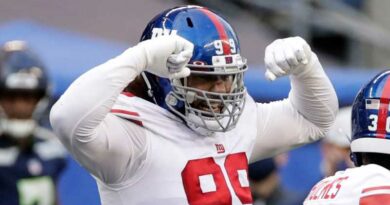 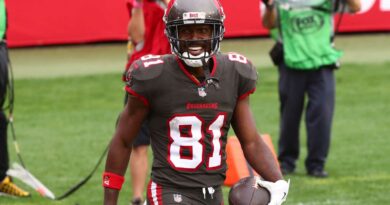