Home » NFL » Will Jim Harbaugh stay at Michigan or leave for NFL? It’s a tough call

Jim Harbaugh’s potential return to the NFL has been a source of rumors for most of his tenure at Michigan.

Will this be the final season? The Athletic’s Bruce Feldman reported on Wednesday that Harbaugh might have real interest in going back to the NFL. The Michigan Insider ramped up that speculation when Sam Webb reported Harbaugh told a recruit he would “entertain” those options. That is enough to make Black Monday interesting because both options make sense for Harbaugh in 2022.

It’s a value decision that could go either way.

Harbaugh broke through at Michigan in his sixth season. Harbaugh took a pay cut that reduced his salary from $8 to $4 million after the Wolverines bottomed out at 2-4 in a COVID-interrupted season where they didn’t play rival Ohio State.

The response in 2021 was thorough. Michigan beat Ohio State 42-27 on Nov. 27 to break a decade-long drought against the Buckeyes. The Wolverines won their first Big Ten championship since 2004 and cracked the College Football Playoff field for the first time. Harbaugh was named the AP Coach of the Year.

Michigan, however, received a reality check in the CFP semifinal at the Orange Bowl against Georgia. The Bulldogs won 34-11, and the difference in five-star talent — Georgia has 19 five-star recruits while Michigan has three — was obvious from the start. Harbaugh called the season a “new beginning,” but it is fair to ask, “for who?”

It took Michigan six years to beat Ohio State. The Buckeyes have 16 five-star players on the roster, a recruiting advantage that widened during the Urban Meyer era. Meyer was 5-0 against Harbaugh, and that talent gap was questioned in those Michigan losses. While Ohio State coach Ryan Day is 1-1, the Wolverines have not won in Columbus since 2000.

The playoff loss also revealed that Michigan is on the right track, especially with five-star quarterback J.J. McCarthy waiting in the wings, but it might be a cycle or two before the Wolverines can entertain true national championship thoughts against the five-star studded rosters at Alabama and Georgia.

Would an exit to the NFL, where Chicago and Las Vegas are the most-popular destinations, make more sense? Harbaugh is 61-24 at Michigan in six seasons, a .716 winning percentage that ranks eighth among Power 5 programs in that stretch.

Harbaugh was 44-19-1 in four seasons with the San Francisco 49ers, a .695 winning percentage that ranks fifth all time. That included three straight NFC championship games and a Super Bowl appearance.

That makes that value decision tough. Harbaugh, 58, could try to take Michigan to the next level over the next five to six years, hope for CFP expansion sooner rather than later and continue to navigate a landscape made more complicated by NIL and the transfer portal.

Harbaugh could take the Las Vegas or Chicago job. The Raiders stayed in the AFC playoff hunt this season despite the controversy surrounding Jon Gruden’s resignation. The Bears have former Ohio State quarterback Justin Fields, and Harbaugh led the 49ers to a pair of playoff victories against the Packers. He could develop a franchise quarterback and make a Super Bowl run.

Is money a factor? After all, Michigan State coach Mel Tucker, who is 2-0 against Michigan, received a 10-year, $95 million extension this season before the Spartans were routed 56-7 the following week. That is a rub. Tucker is judged on Michigan. Harbaugh will always be judged by Ohio State. Not only does that ever-present pressure exist, but Harbaugh is now 1-4 against SEC schools in bowl games.

It might take another six years to truly have a shot.

The NFL playing field, especially in the AFC, is more level now. Harbaugh would be a hit in Las Vegas, even more so than Chicago, and that has to be a tempting potential next stop. It’s competition at the highest level, which Harbaugh has preached throughout his stops with Stanford, San Francisco and Michigan.

How much will the Michigan ties factor in? Michigan athletic director Warde Manuel stuck with Harbaugh, a move that paid off in 2021. Harbaugh did bring the program back into the limelight for the right reasons, which had not really happened since the upset loss to Appalachian State in the 2007 season opener.

If Harbaugh were to leave, names ranging from Iowa State’s Matt Campbell and Cincinnati’s Luke Fickell to current assistants Josh Gattis and Mike Hart would be in play. Even that staunchest Wolverines supporters could not blame Harbaugh for going back to the NFL, knowing that winning a national championship is a lot more difficult now than it was when the school split its last one with Nebraska in 1997.

This does not feel like negative recruiting or a far-fetched rumor this time, and the odds of winning a national championship with a Big Ten contender against a Super Bowl with a down-trodden franchise are closer than you think. On the surface, it seems about 50-50, and that is why Black Monday will be interesting.

Either way, a “new beginning” is coming. 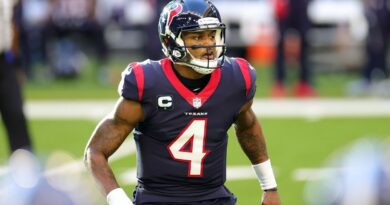