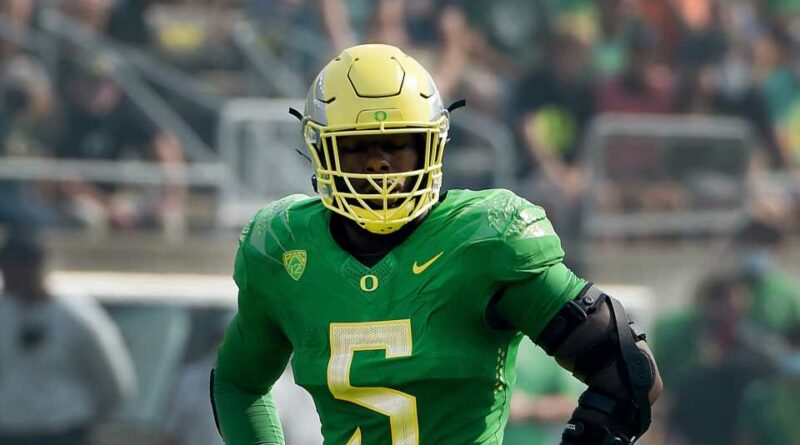 There is no bigger storyline in the Oregon-Ohio State game than the status of what is likely the most talented player on the field: Ducks defensive end Kayvon Thibodeaux.

Sporting News’ seventh-ranked prospect ahead of the 2022 NFL Draft, Thibodeaux suffered what appeared to be a rolled ankle in the Ducks’ season-opening win against Fresno State in Week 1. The injury knocked him out of the game, as coaches elected not to risk his health; he spent the rest of the day in street clothes as Oregon struggled to a 31-24 win.

Even in the short amount of time he played, Thibodeaux showed why he was one of SN’s top-rated prospects, putting up two tackles, a sack and forced fumble. But the question remains: Will he be able to play against No. 3 Ohio State?

Ohio State is breaking in a first-year starter in quarterback C.J. Stroud, one who suffered some minor timing and accuracy issues with his receivers in a 45-31 win over Minnesota. Oregon’s ability to pressure him will go a long way in how successful the Ducks can be in Columbus. But coach Mario Cristobal was noncommittal about Thibodeaux’s status ahead of Saturday’s game, leaving in doubt whether he will be able to play in the marquee matchup.

Here’s everything you need to know about Thibodeaux’s injury status, and whether he can play on Saturday:

Thibodeaux will not play against Ohio State on Saturday. It appears the coaching staff is taking its time with his recovery and isn’t willing to risk the long-term health of the likely top-10 pick in the 2022 NFL Draft. He appeared to be walking normally when arriving on the team bus, but reports ahead of Saturday’s game indicated he wore street clothes and a walking boot on the sidelines at Ohio Stadium:

Unfortunately for the Ducks, he’s not the only playmaker out on defense. Linebacker Justin Flowe, the No. 1 inside linebacker and No. 6 overall player in the 2020 recruiting class, will also be out of Saturday’s game. He had 14 tackles against the Bulldogs, representing another huge loss for the Oregon defense.

What is Kayvon Thibodeaux’s injury?

Thibodeaux had a rolled ankle in the Week 1 win over Fresno State. The recovery time for such an injury is roughly 2-10 days.

4 starters among 23 players out for Ohio State 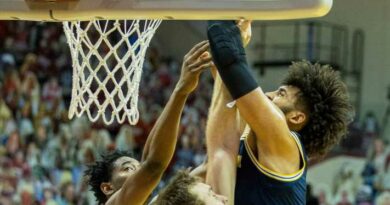 College basketball winners and losers: Michigan all but locks up No. 1 seed in NCAA Tournament