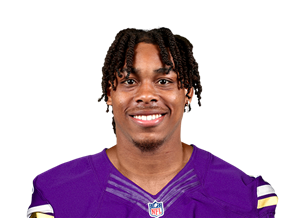 Covered the 49ers, Raiders and Warriors for the San Jose Mercury News. She joined ESPN in 2017.

Wide receiver Justin Jefferson made the most of a game with little on the line between the Minnesota Vikings and Detroit Lions by etching his name in NFL history twice on Sunday afternoon.

Entering Week 17 with 1,267 receiving yards, Jefferson needed 111 yards in the Vikings’ season finale to set a new Super Bowl-era rookie record. He broke the mark established by Arizona’s Anquan Boldin (1,377) in 2003 upon catching a 37-yard pass from quarterback Kirk Cousins in the fourth quarter. The first-rounder is now second all-time behind Houston’s Bill Groman, who holds the rookie record of 1,473 receiving yards set in 1960.

Before that, Jefferson made team history with a new franchise record for receiving yards. Wearing custom cleats that paid homage to Hall of Famer Randy Moss, Jefferson caught a 15-yard pass in the third quarter to break the Vikings’ rookie receiving record (1,313) set by Moss in 1998.

Rob Gronkowski close to signing with WWE, per report