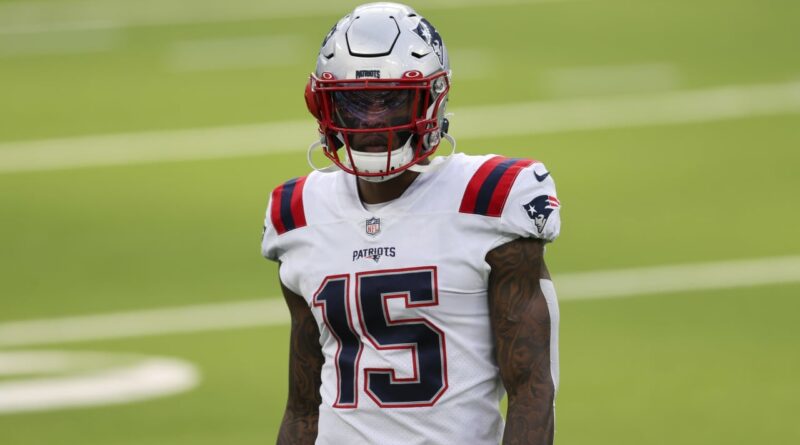 N'Keal Harry has not yet met his NFL expectations, and his representation believes it’s time the former Arizona State star finds a better opportunity in a new home.

Harry’s agent, Jamal Tooson, announced Tuesday he has formally requested a trade for his client. Tooson released a statement announcing the request submitted to the Patriots, who spent a 2019 first-round pick on Harry.

“For the past several months, I have been working in cooperation with the Patriots behind the scenes to put a plan in place to allow N’Keal to thrive in New England,” Tooson said in the statement obtained by NFL Network’s Mike Garafolo. “Through two seasons, he has 86 targets, which obviously hasn’t met the expectations the Patriots and N’Keal had when they drafted a dominant downfield threat who was virtually unstoppable at the point of attack in college. Following numerous conversations with the Patriots, I believe it’s time for a fresh start and best for both parties if N’Keal moves on before the start of training camp. That is why I have informed the Patriots today I am formally requesting a trade on behalf of my client.

“N’Keal understands a key ingredient to production is opportunity. He will continue to work hard to develop and refine his craft after missing a large portion of his rookie year to injury. His draft-day expectations for his NFL career have not changed. We are confident success is just around the corner for him and will aggressively pursue it.”

Harry appeared in just seven games as a rookie, seeing 24 targets and catching just 12 of them for 105 yards and two touchdowns in Tom Brady’s final season in New England. The Patriots clearly were counting on Harry being a significant part of the offense in 2019, so much that when they realized they’d need additional help, they sent a second-round pick to Atlanta for Mohamed Sanu in the middle of the 2019 season. Sanu caught just 26 passes for 207 yards and one TD in eight games with the Patriots before his time there concluded in September of 2020 via release at the end of training camp.

Sanu’s departure seemed to again open a door for Harry to make his mark with the Patriots, but his target totals stayed consistent with what he saw as a rookie, receiving just 57 targets in 14 games in 2020 and gaining 309 yards and catching two TDs. By that point, New England’s offense had morphed into an attack that was less about moving the ball through the air than it was on the ground with Cam Newton now taking snaps as the starting quarterback.

Newton is back in 2021, and the Patriots demonstrated in the offseason they’ll no longer accept the status quo in the passing game, signing Nelson Agholor and Kendrick Bourne. It seems as if Harry isn’t guaranteed to even make the 53-man roster by the time the season arrives and his representation appears to be getting ahead of a potential parting via termination by requesting a trade instead.

As we all know, controlling the narrative is important from a public relations standpoint, but Harry has yet to produce at a level that would warrant a demand for more attention within an offense. The big-bodied receiver carried NFL traits with him from Arizona State that warranted first-round attention, but because of the combination of injury issues and a change in offensive style, he has yet to establish himself as a reliable receiver in the NFL.

His agent wants to change that reality and is willing to fracture a relationship in order to create an opportunity that should be better for Harry, at least theoretically. With little to show for his career to this point, Harry’s value wouldn’t draw anything near the level of pick New England spent on him just two years ago. And with the free-agent market’s top two tight ends (Hunter Henry, Jonnu Smith) now in the fold, the opportunities will likely be harder to come by in New England for Harry.

There’s no better time than the present to get out and attempt to find a better opportunity elsewhere. Harry’s representation understands this and has taken the first step toward creating a fresh start. With little leverage left for the Patriots, we’ll see if they’re willing to part with a former first-rounder for pennies on the dollar.