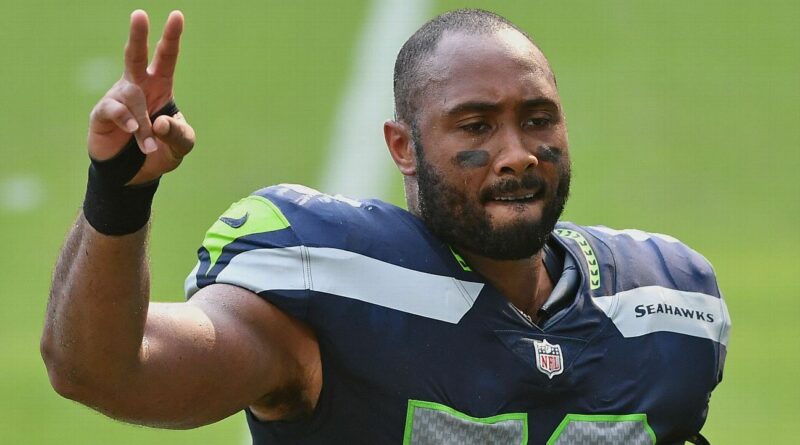 RENTON, Wash. — Veteran linebacker K.J. Wright signed a ceremonial one-day contract on Wednesday to retire as a member of the Seattle Seahawks, the team announced.

Wright’s retirement ends an 11-year playing career that included 10 seasons as a starter on the famed Seahawks defenses that helped lead the team through its most successful stretch in franchise history, which included a victory in Super Bowl XLVIII and a near repeat the following year.

Wright spent 2021 with the Las Vegas Raiders and was only interested in playing a 12th NFL season if it was with the Seahawks, but they’ve been intent on going with younger players in the middle of their revamped defense.

So Wright, who turned 33 on Saturday, will officially end his career in the same place it began in 2011. He rose from a fourth-round pick with a lanky build to one of the key — even if less heralded — member of Seattle’s Legion of Boom defense. Wright’s career résumé includes one Pro Bowl (after the 2016 season) and the No. 3 spot on the franchise’s all-time tackles list.

The story on the Seahawks’ website announcing Wright’s retirement showed him overcome with emotion while signing his one-day contract.

Wright won a starting job at middle linebacker as a rookie then spent much of the rest of his Seattle tenure on the weak side, moving there after the Seahawks drafted Bobby Wagner in 2012. Those two formed arguably the NFL’s best inside linebacker duo of the last decade. Wright made another move to the strong side early in 2020 season and played some of the best football of his career at age 31, but wasn’t re-signed the next offseason as the Seahawks decided to go younger at inside linebacker.

Wright recorded 51 tackles in 17 games (eight starts) last season while playing on a one-year deal with the Raiders. He said on the “Half-Forgotten History” podcast earlier this offseason that he wanted to “go back home” and play for the Seahawks. He wasn’t interested in playing anywhere else, not wanting to move his wife and three children from their Seattle-area home or be away from them again line he was last season in Las Vegas.

But with their youth movement continuing this offseason — Seattle releasing Wagner and inserting Cody Barton into the starting lineup alongside Jordyn Brooks — there was no on-field reunion to be.

Wright finishes his career with 992 tackles, 13.5 sacks and six interceptions in 161 regular-season games. His 934 tackles with the Seahawks (by the team’s count) rank third in franchise history behind Eugene Robinson at No. 2 and Wagner at No. 1.

Donald Trump: Colin Kaepernick should get another shot at an NFL job if he can still play