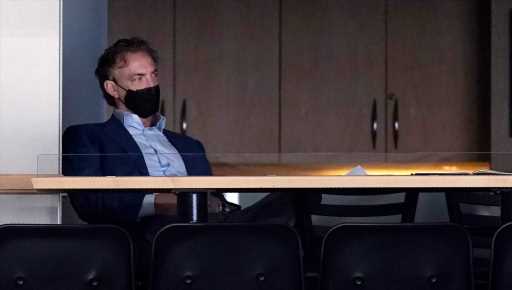 Joe Sakic didn’t do a lot Monday ahead of the NHL’s trade deadline but, because of what he and his staff have previously done, the Avalanche general manager only had to play it safe to improve an already stellar team.

The deep-and-talented Avs sit atop the Presidents’ Trophy race and added four players for depth in recent days without disrupting team chemistry. They added two backup goalies and two Swedish players who previously played together in Colorado.

Jonas Johansson and Devan Dubnyk are adequate stretch-run goalies and insurance in case Philipp Grubauer is injured in the playoffs or his game goes south. The backups were acquired for next-to-nothing — two late-round 2021 draft picks and defenseman Greg Pateryn, a player the Avs wanted to dump — and combine to extinguish the fire that started when Pavel Francouz went down with a season-ending injury two games into the season.

Each NHL team is required to carry three goaltenders and now the Avs appear to have significant depth between the pipes.

Defenseman Patrik Nemeth was re-acquired last weekend to play on the third pairing, kill penalties, block shots and add toughness. Center Carl Soderberg was re-acquired Monday to play a strong 200-foot game, kill penalties and win faceoffs. The two veterans were Avalanche teammates in 2017-18 and 2018-19 and they will be universally welcomed to the locker room.

And they, too, were acquired for very little.

The Avs gave the Detroit Red Wings a 2022 fourth-round draft pick for Nemeth and they added Soderberg from the Chicago Blackhawks for two forward prospects who will likely never play in the NHL.

“I’m a firm believer in chemistry, having character guys, we know them really well, they know our system,” Sakic said of Nemeth and Soderberg, both pending free agents. “Both popular guys in the dressing room when they were here and I know how excited they are to come back. Our dressing room is excited, our guys are excited to have them back, and they both fill the needs that we wanted to (address).”

Sure, instead of Soderberg, the Avs had a chance to bring in Detroit’s Anthony Mantha or Nick Foligno of Columbus, but they ended up costing Washington and Toronto, respectively, a first-round draft choice and more.

The Avalanche is in a window to win titles and Sakic has built a team that can win it all this season. But he hasn’t sacrificed much to stay competitive. The Avs still have their first-round selections in 2021, 2022 and 2023. They traded their 2021 and 2022 second-round picks to the New York Islanders for defenseman Devon Toews, and given that Toews leads Colorado in average ice time (24:40) and plus-minus (plus-24), that appears to be a steal.

Sakic and his top assistant Chris MacFarland have only made winning trades and free-agent acquisitions in the past four years in getting Colorado to this point. It probably started in late 2017 when disgruntled center Matt Duchene was traded to Ottawa in a three-team deal that netted the Avs seven pieces — including prized young defenseman Sam Girard.

They acquired their normal second line with winning trades — Nazem Kadri from Toronto, Andre Burakovsky from Washington and Brandon Saad from Chicago. And they also won the trade with the New York Rangers to acquire defenseman Ryan Graves.

“We’re here to win the Stanley Cup,” Sakic said. “I think this is as deep a team as we’re going to have here.”

He added: “I love the way the team is coming together. Love the way they’re playing. Management and everybody in the dressing room believes this is the time we need to compete for the Stanley Cup.” 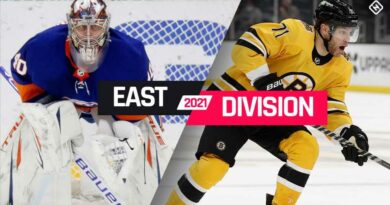