Second-pair defenseman Sam Girard departed after only 56 seconds of ice time when he was checked hard into the end boards by the Blues’ Ivan Barbashev. Girard, who taken to a St. Louis hospital, sustained a season-ending broken sternum, per coach Jared Bednar. That left the Avalanche with five defensemen. Devon Toews picked up most of Girard’s ice time (he played 30:56), Cale Makar (28:49) also played more and Bo Byram was plus-2. Girard and Josh Manson had been an ideal pairing since Manson was acquired from Anaheim before the trade deadline. Now with Girard out, Bednar’s top option is likely Jack Johnson, who played in 74 regular season games, but has been a healthy scratch in the playoffs.

St. Louis led 1-0 when goalie Jordan Binnington, so outstanding in Games 1-2, exited with a lower body injury just 6:45 into the game. A lack of rebound control by Binnington led to the injury. Avalanche center Nazem Kadri was charging toward the goal crease for the loose puck and collided with defenseman Calle Rosen. Both players tumbled into Binnington, who skated gingerly off the ice and was replaced by Ville Husso. A potentially series-changing and series-defining development. Husso had the better regular season and started the first three playoff games so he’s plenty worthy, but Binnington was in the form that helped St. Louis win the Stanley Cup in 2019.

Early on, coach Jared Bednar moved Gabe Landeskog up to the first line, joining Nathan MacKinnon and Mikko Rantanen. The top line was scuffling so Bednar had to try something. But there’s nothing cooking at the top of the lineup (Landeskog made it 4-2 with 2;08 remaining when Husso started to go to the bench, resulting in an easy goal). That left others to make a difference. Logan O’Connor, making his series debut, scored the Avs’ first goal after completing a penalty kill. Nazem Kadri scored the second goal on a deflection of a Makar slap shot. And Artturi Lehkonen made it 3-1 late in the second period when he collected Kadri’s up-ice pass and beat Husso with a wrist shot high to the stick side (he later scored an empty-net goal). The Avs lead the series 2-1 and will really take control if the MacKinnon line starts scoring with consistency. 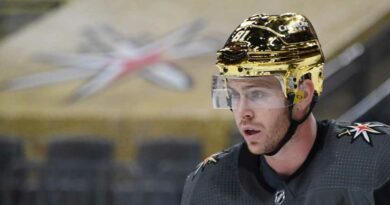 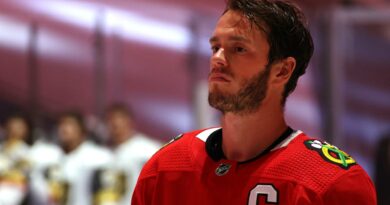