Avalanche coach Jared Bednar on Wednesday said star center Nathan MacKinnon will miss three weeks, “give or take,” with a lower-body injury he sustained in Saturday’s 4-2 loss at Columbus.

MacKinnon logged 20:40 and didn’t seem to miss a shift in his first pointless game this season. He missed the Avs’ first two games because of a positive COVID test.

“Coming out of the game it didn’t feel the way he wanted it to feel,” Bednar said of MacKinnon’s injury.

“The injuries that we’ve gotten and the guys that are missing time are our key guys, and sometimes that’s the way it goes,” Bednar said. “We just have to work through it, work out of it, and it’s just another little obstacle in our way. Hopefully, Nate can get back and get healthy and come out and play hungry like he always has and make a huge impact. But for now, we’re going to do without him.”

Defenseman Sam Girard might also be unavailable on Thursday after leaving practice on Wednesday with an apparent injury.

Bednar said he didn’t immediately talk to the trainers after practice about Girard.

Girard was practicing on the second power-play unit before he left the ice. He was replaced by rookie defenseman Bo Byram, who was seemingly practicing in a scratched role on Tuesday and Wednesday. Byram led the Avs in ice time at Columbus on the first-paring with Devon Toews and Byram ran the No. 1 power-play unit.

But in two consecutive practices, Byram partnered with often-scratched Kurtis MacDermid at even strength and was not on either power-play unit until Girard skated off.

Bednar said Byram, 20, is not in the dog house.

“I don’t have any plans in sitting Bo,” the coach said.

Cale Makar will return from a two-game injury absence and partner with Toews. Bednar said Byram will slot in with the second or third pairing, despite not practicing alongside any of those players — Girard, Erik Johnson, Jack Johnson and Ryan Murray.

“Well try him with the guys that we want eating the most minutes — Bo is one of them,” Bednar said. “I’d like to play him with another offensive guy because I think they have the ability to create on their own, help other lines create. I like the paring of Toews and Makar, obviously. You could see him with Girard. That’s how we’d probably start if Girard is good to go. If not we’ll adjust from there.” 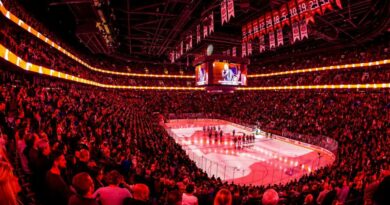 Canadiens vs. Leafs Game 6 ticket prices range in the thousands 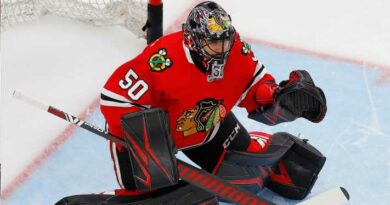