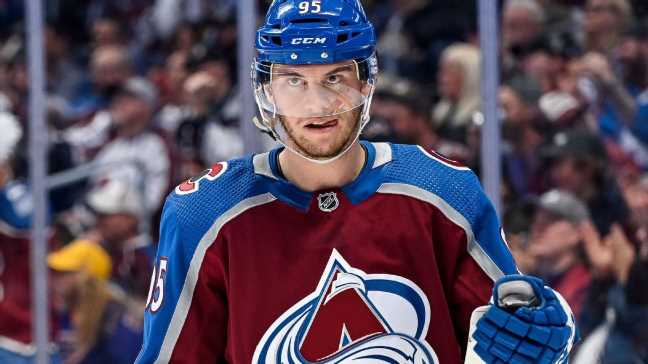 DENVER — Andre Burakovsky is close to feeling 100 percent again, days ahead of the Colorado Avalanche facing the Tampa Bay Lightning in Game 1 of the Stanley Cup Final on Wednesday.

The Avalanche forward blocked a shot off his hand in Game 1 of the Western Conference finals against the Edmonton Oilers, forcing him out of the next two games. He returned for Colorado’s series-clinching Game 4 victory — replacing the injured Nazem Kadri — but it wasn’t until the last couple of days that Burakovsky felt near full recovery.

“I felt pretty good on the ice today,” Burakovsky said after Monday’s practice. “We’ve been doing good, doing a lot of treatment and making progress.”

That’s what the Avalanche are hoping for. Kadri has been sidelined with a broken thumb since Game 3 against Edmonton and his status for the Final is murky. Burakovsky stepped onto the Avalanche’s second line for Game 4 and skated with Mikko Rantanen and J.T. Compher in Monday’s practice.

That unit could see a lot of Tampa Bay’s checking line, headed by the shutdown talent of Anthony Cirelli. If that’s the case, Burakovsky & Co. will have their hands full.

“[Cirelli] is great. He plays on the right side of the puck all the time,” Rantanen said. “He makes the right plays always. So we just have to try to play with our strengths, and try to try to find a way to get a couple goals there, and also defend well because they can score obviously, too. He’s a good shutdown forward for sure.”

Having Burakovsky at his best will only improve Colorado’s prospects. While Burakovsky likely can’t match Kadri in output — he has five points this postseason to Kadri’s 14 — Burakovsky will find his own way to fill the void.

“We know Naz is a great player for us and brings a lot, especially on the offensive side and even defensively,” Rantanen said. “[But] I don’t know how much has changed for us. I think we’re still trying to play our own game and not think about it too much. We obviously hope that Naz can play [eventually], and he’s been looking good.”

Dealing with this injury and the subsequent rehab process was the latest postseason setback for Burakovsky. He struggled offensively early, generating just one goal and three assists through Colorado’s first seven games.

That led to him being a healthy scratch in Games 4 and 5 of the second-round series against St. Louis. He remained even-keeled through that adversity and found his way back into the lineup for Game 6 when Colorado sealed another series victory.

“You just work hard,” he said. “You get ready and prepare yourself. Do everything it takes to get in there and do your job.”

Burakovsky is one of only two Avalanche players — along with Darren Helm — to have won a Cup, hoisting it with the Washington Capitals in 2018. Burakovsky played a key role in that achievement, scoring two goals in Game 7 of the Eastern Conference final against Tampa Bay to put Washington in the Final.

It was an exhilarating run for Burakovsky, but he’s more enthused about where the Avalanche are now.

“It’s a good feeling to be back in the Final. It doesn’t happen often and it doesn’t happen for everyone,” he said. “I think we’ve been really successful [in] previous years here. The progress we’ve been going through as a group has been really good. We just want to write our own story. I’m not looking back too much on what we did to be able to win [in Washington]. This is a new group, a new organization, and we’ve got to write our own story.” 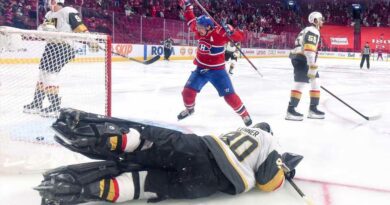 Canadiens ready for next step in 2021 journey: Franchise’s first Stanley Cup Final since ’93