The Seattle Kraken agreed to terms with free agent Philipp Grubauer on Wednesday, ending the goalie’s three-year run with the Avalanche.

Grubauer, who reportedly signed off on an six-year deal for $35.4 million ($5.9 million annual cap hit), was a Vezina Trophy finalist for the Avs last season.

Landeskog, who signed a eight-year, $56 million contract extension in the 11th hour before free agency Tuesday night, said he never considered signing with Seattle after being unprotected in the expansion draft. The move gave the Kraken exclusive negotiating rights with Landeskog for more than 48 hours.

“I had the feeling I wasn’t going to be protected by the Avs, and to be honest I would have done the same thing. I would have told Joe (Sakic) not to protect me so they could protect someone else,” Landeskog said. “I was able to speak to — or I should say my agent was able to speak to — Seattle, but for me there wasn’t a whole lot there. Yeah, there were some conversations but I felt pretty good about the position we were in (with the Avs).

“My goal and my hopes for the whole time that we were going to get something done and that I was going to be back in burgundy and blue. That’s where my home is and that’s where I want to be. (Talking to the Kraken was) a little bit awkward but at the end of the day, for us as players, that’s why you have an agent so you don’t have to deal with it. You don’t want to get side-tracked, you don’t want to get confused, you don’t want to get too involved in things like that. For me, it was about to try and stay as calm as possible, looking at this from a positive outlook and hoping that things are going to get done. Even though it took until the last few minutes it got done and I’m very happy about it.”

Latest updates for the Avalanche in the 2021 NHL free agency from The Denver Post.

No updates as of yet.

— D Patrik Nemeth. The 2021 trade-deadline re-acquisition signed with the New York Rangers, three years, $7.5 million. Nemeth played 13 regular-season games for Colorado last season and all 10 in the playoffs. He was turnover-prone to conclude his second stint with the Avs. 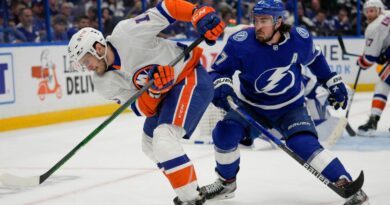 As Ottawa Senators try for turnaround, Jean-Gabriel Pageau coming into his own