The Avs have been lethargic and unexciting for four consecutive games, all defeats, and have just three games remaining before beginning the Stanley Cup playoffs next week as the Western Conference’s No. 1 seed.

Colorado hosts the Blues on Tuesday and the Predators on Thursday before wrapping up its season Friday at Minnesota.

“Our work is cut out for us here to get our guys back to playing our game, getting back to our identity,” Bednar said.

The Avs had Monday off after returning from Winnipeg on the heels of Sunday’s 4-1 loss to the Jets. Colorado went 0-3 on a trip that began with a 3-2 loss at Seattle and included a 6-3 setback at Edmonton.

The Avs finished 0-for-10 on the power play on the trip and are 0-of-13 in the season-long four-game losing skid that began with last week’s 3-2 loss to Washington at Ball Arena.

“Special teams, the power play, is always like a reflection of your 5-on-5 play. That’s my belief,” Bednar said. “Sometimes even worse, because you have the extra man so you feel like you have more time. So it’s the same thing — no jump and no life, right away in the game. It’s another reflection of your team overall, just one piece of it.”

Landeskog and Murray are nearing returns from long injury absences. Rantanen, the Avs’ leading goal-scorer (36) and point producer (91), has missed three games with a non-COVID illness. Toews, who leads the team with a plus-52 rating, has missed four games to nurse a minor injury.

The Avs could potentially be fully healthy by the end of this week or heading into Game 1 of their first-round series that will begin as early as Monday at Ball Arena.

If the season ended today, Colorado’s opponent would be the Dallas Stars, who are currently in the last wild-card spot (No. 8 seed). But four other teams could potentially finish in that spot.

The Avs (116 points) remain in contention to win the President’s Trophy with the NHL’s best record, but trail the Florida Panthers by four points. Both teams have three remaining games. 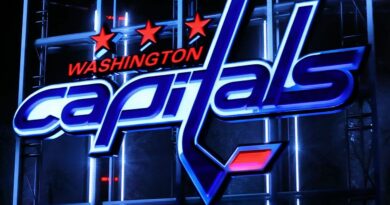