TAMPA, Fla. — The rough start for the preseason Stanley Cup favorites was smoothed out Saturday by defeating the two-time defending Cup champions on the road.

Superstar Nathan MacKinnon and the Avalanche’s other top players had clutch performances against the Tampa Bay Lightning, winning 4-3 by virtue of a shootout to salvage two points to conclude a three-game road trip.

MacKinnon, who missed two of the first four games because of COVID protocol, had a power-play goal and assisted on tallies by linemates Gabe Landeskog and Mikko Rantanen, and defenseman Cale Makar scored the shootout-winning goal as the Avs never trailed and downed the Lightning at Amalie Arena.

Avs goalie Darcy Kuemper was outstanding for most of the night. Brayden Point beat him with a wrist shot with 2:35 remaining in regulation to tie it 3-3 and force OT, but Kuemper stopped four of six shooters he faced after a scoreless five-minute 3-on-3 overtime.

Makar beat Vezina Trophy-winning goalie Andrei Vasilevskiy through the legs for the shootout winner. The Avs also got goals from Landeskog and Rantanen in that six-round sequence. Kuemper made saves on Point, Ross Colton, Corey Perry and Anthony Cirelli as Colorado prevailed 3-2.

“Great team effort,” MacKinnon said. “A lot of guys did things that wouldn’t show up on the score sheet. Kuemps played great and we scored when we had to. I think we did a pretty good job overall defensively against a really good team.”

“We had to play some desperate hockey here because you need the points. You just can’t afford in this league to not be carving out points on a regular basis we haven’t done this so far,” Avs coach Jared Bednar said. “Tonight I thought we played with purpose were definitely a more connected group. I thought it was really good hockey game and it was very evenly played. That’s how it showed up on the scoreboard and it came down to a shootout. I’m really glad we got the two points.”

Makar said he approached Vasilevskiy on his shootout bid with several moves in mind, but shot low from his forehand because the 6-foot-3 goalie was upright.

“I just saw that he wasn’t really down yet so I just tried to throw it five-hole,” Makar said.

The Avalanche led 1-0 after the first period and 2-1 after the second. Landeskog slammed in a rebound off MacKinnon’s shot 9:02 into the game and Rantanen’s one-time slap shot off MacKinnon’s circle-to-circle feed came at 11:51 of the middle frame.

Rantanen has scored in all five games and extended his goals streak to three games.

The Lightning, who had been outscored at home 12-3 at that point, struck 6:34 into the second period when Mathieu Joseph swatted a loose puck from the doorstep behind Kuemper.

The game slowly became chippy and in the final minute of the middle frame it boiled over. Rantanen tried to check Joseph skating into the Avs’ zone but Tampa Bay saw it as a knee-on-knee collision and an angry dog pile ensued. Surprisingly, Rantanen and Tampa’s Alex Killorn were only assessed roughing minors, leading to a 4-on-4 sequence to begin the third.

Shortly after Rantanen and Killorn were released, Bolts captain Steven Stamkos scored his team-leading fourth goal and eighth point by tapping in a feed from Ondrej Palat to tie it 2-2.

Footnotes. The Lightning were without top forward Nikita Kucherov, who missed his second straight game with a groin injury. He is on long-term injured reserve (LTIR). … Avs defenseman Ryan Murray played in his fifth game for the club, and the 400th of his NHL career. … Colorado’s healthy scratches were forward Martin Kaut and defenseman Kurtis MacDermid. Defenseman Devon Toews is also on the trip but still not cleared for contact after undergoing off-season shoulder surgery. Forward Valeri Nichushkin (upper-body) is on injured reserve and Pavel Francouz (lower-body) remains on LTIR, thus his salary doesn’t count against the salary cap. 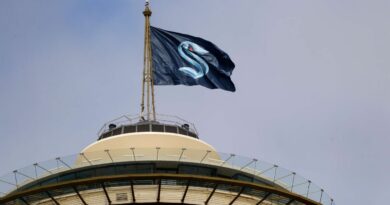 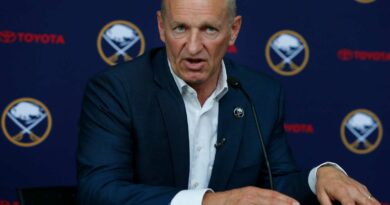