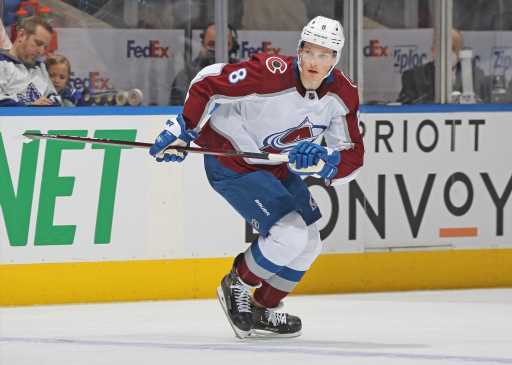 Colorado got goals from Valeri Nichushkin (shorthanded), Makar, Andre Burakovsky and Gabe Landeskog in a 4-1 victory over the struggling Montreal Canadiens at Bell Center. Johansson faced 41 shots in Wednesday’s 8-3 loss at Toronto but only saw 20 against the suddenly downtrodden 2021 Stanley Cup runners-up, who fell to 6-17-2.

“I thought we played hard. We checked really well tonight. Kept the scoring chances (against) down in all three periods,” Avs coach Jared Bednar said. “JJ bouncing back in goal was big for us (and) penalty kill (4-for-5) was really good. We did enough good things throughout the 60 minutes to win the hockey game. We needed that.”

The Avs (12-7-1) have gotten eight goals from Makar since Nov. 17. The 23-year-old continues to lead all NHL defensemen in goal-scoring and is now tied with winger Mikko Rantanen for a team-high 10. But Makar said his 10th goal should go to Landeskog.

“I saw Landy was coming across and just decided to shoot that one and Landy made a tip on it. Good goal,” Makar said. “Landy got the goal. He tipped it.”

The Avs, who outshot the Canadiens 13-4 in the first period, scored the game’s first goal while shorthanded 3:11 into the second. Relentless forward Logan O’Connor used a strong forecheck to cause a turnover and gain possession behind Montreal’s goal line. O’Connor dished the puck to Nichushkin, who one-timed it through the legs of goalie Jake Allen.

“OC’s obviously a very tenacious player,” Makar said of O’Connor, a fellow Calgary native. “He just hunted the puck up ice and made an unbelievable turnover play and got it to Val. He’s been an incredible player for us this year.”

It was Colorado’s fifth shorthanded tally of the season, tying Vegas for the most in the league. O’Connor’s assist was his third shorthanded point, also tied for first in the NHL.

Montreal tied it 3:40 later when defenseman Ben Chiarot beat Johansson with a long shot off the right post. The Avs answered with a goal from a defenseman, with Makar scoring with a long shot through traffic at 15:49. Burakovsky scored early in the third period and Landeskog added further insurance late in the frame.

Johansson was making his second straight start because Wednesday’s scheduled starter, Darcy Kuemper, went down with an upper-body injury at the morning skate in Toronto.

“It feels really good. Last night, I don’t think anyone was happy with that game, including me,” Johansson said. “Really nice to come back and get two points tonight.”

Bednar didn’t have a pregame update on Kuemper but said he will remain with the team.

“We’re kind of just watching how the next few days play out and see if he’s going to be able to bounce back from his injury in a hurry or not,” the coach said. “But at this point, I don’t have any new information.”

The Avs were also without rookie sensation Bo Byram, the defenseman who has had at least three concussions in 2021. He was scratched Thursday after playing the two previous games, following a six-game absence. Byram also remains on the trip.

Footnotes. Montreal, which fired general manager Marc Bergevin on Sunday, was without forward Brendan Gallagher and defenseman Sami Niku, who both entered the NHL’s COVID-19 protocol before the game. … Defenseman Erik Johnson, the Avs’ longest-tenured player, skated in his 800th career NHL regular-season game. The No. 1 overall selection of the 2006 draft is the 39th American-born defenseman to reach the milestone. … The Avs head back to Ontario and play at Ottawa on Saturday. The trip then goes through Philadelphia on Monday and the New York Rangers on Wednesday. 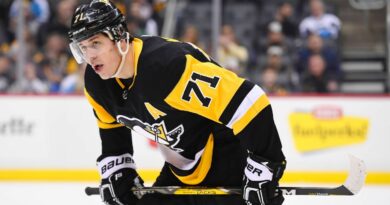